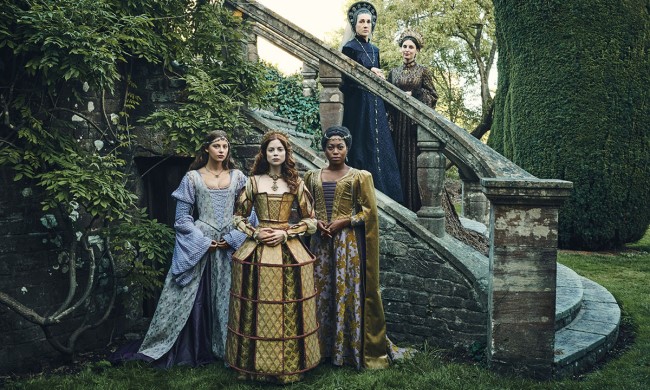 Sequel to STARZ Golden Globe and Emmy-nominated The White Queen and acclaimed series The White Princess (also made at The Bottle Yard).

The 8 x 60′ series filmed at the Studios for four months from Jun – Oct 2018. A full-scale, interconnected replica of Tudor-era Westminster Palace designed by Production Designer Will Hughes-Jones (The White Princess) was built in 30,000 sq.ft. of space in Export Warehouse and Tank House 1. Production offices were used on site as well as build space, storage and costume areas.

Filming also took place in Spain and a number of historic West of England locations, including Bristol’s Ashton Court Estate, assisted by Bristol Film Office, and Wells and Gloucester Cathedrals.