The 1MWp rooftop solar array that powers TBY2, our premium facility which opened in 2022

Our roots lie in repurposing

The Bottle Yard’s seven acre main site on Whitchurch Lane was previously used as a winery and bottling factory. Its buildings were built some time in the 1950’s, and range in size from 7,000 – 200,000 sq ft. Business brought in by studio filming has created a continued use for these buildings, which had become vacant in 2010. We are essentially one enormous re-purposing project and this is something we are very proud of!

Our second facility, TBY2, is also a repurposed industrial site. Located nearby on Hawkfield Way, it was previously a gear manufacturing factory. Its buildings were transformed into a state-of-the-art, premium studio facility in 2022, following £13.5 million investment backed by the West of England Combined Authority.

The Bottle Yard and Bristol Film Office teams are committed to reducing the carbon output generated by activities on site at the Studios and filming on location around the city. It’s our aim to align the production sector’s activities with Bristol’s ambitious target to become carbon neutral by 2030; one-city-climate-strategy.pdf (www.bristolonecity.com). 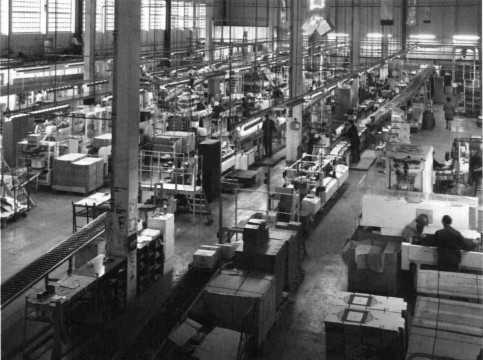 We established our Green Team in 2020 and developed a five year Environmental Action Plan which seeks to implement a number of de-carbonisation projects to our buildings and systems, as well as to assist clients to become more sustainable whilst working at TBYS and/or on location.

Bristol Council’s Energy Team is fully engaged with our Green Team. We are currently collaborating on a number of de-carbonisation projects that are planned for implementation at TBYS during 2021/2022.

Want to know more? Read our full Sustainability Statement here – or check out the headlines below.

The Bottle Yard Studios is a member of the Bristol Green Capital Partnership, a consortium of over 850 organisations pledging to “build a sustainable Bristol with a high quality of life for all.”

TBY2, our premium second facility which opened in 2022, hosts a gigantic 1MWp rooftop solar array consisting of more than 2,000 photovoltaic panels. Funded by the Bristol Energy Cooperative, it’s the biggest community-owned solar rooftop array in the West of England and one of the largest of its kind in the UK, capable of generating enough energy to power 250 average Bristol households per year. Read more here. 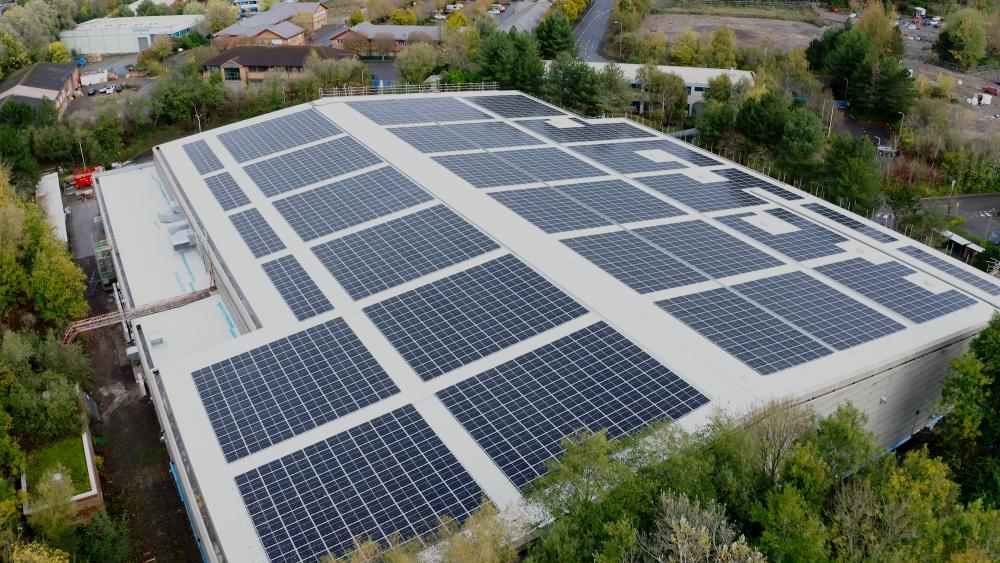 We offer a 22kw 3-phase fast EV charge point at our main site, where two vehicles can charge simultaneously at 7-22kW (depending on the vehicle). Charging costs £0.45 p/kWh and is available to site users only. Our EV point is part of the Revive Charging Network.

We fully support albert, the industry organisation working to enable every part of the screen industry to eliminate waste and carbon emissions from production. We promote albert’s green production tips and are committed to assisting productions to achieve albert accreditation. Click on the thumbnails below for more about the sustainable productions we’ve hosted. 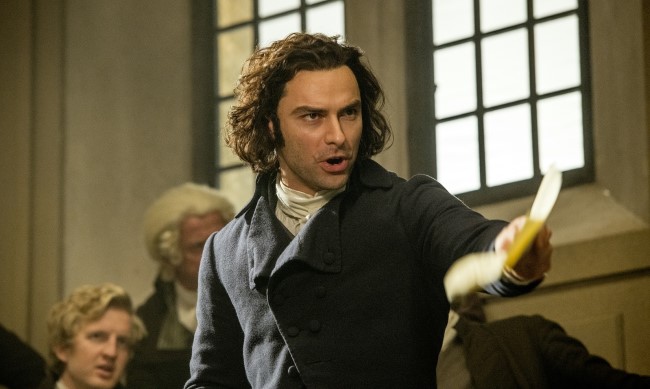 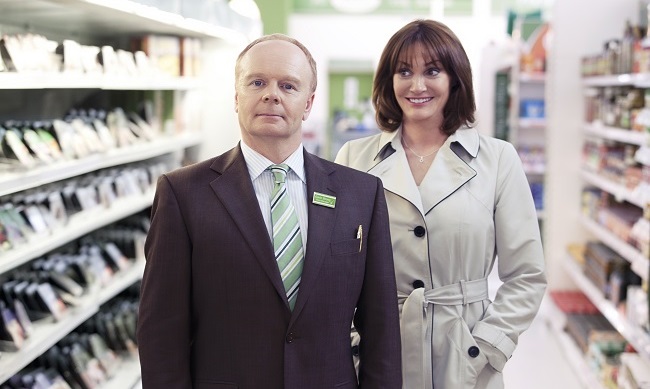 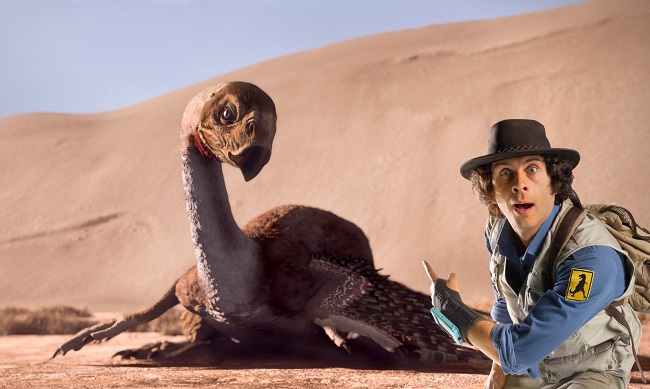 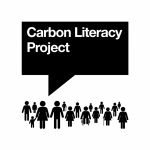 We teamed up with publishers KAYS to develop the Kays Bristol app, designed to help productions source local crew and facilities companies to reduce emissions. The app lists details of cameras, props, costumes, studios, catering, lighting and freelance crew within a 50 mile radius of the Studios. Download it from your app store by searching for ‘KAYS Bristol’ and sign in with your KAYS login details. If you’re not already registered with KAYS, visit www.Kays.co.uk and ‘Register’ to create your username and password. 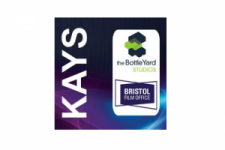 We provide recycling points in offices across our site and ask tenants to recycle wherever possible. We also provide productions with details of local companies that dispose of waste sustainably. 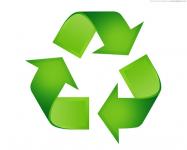 We encourage productions to use our on site suppliers as much as possible. Our tenant hub is home to more than 20 companies offering creative, digital, technical and audio/visual expertise, grips, transport, structural, fire and safety assistance. Each company shares our sustainability policy and commitment to keeping environmental impact low. 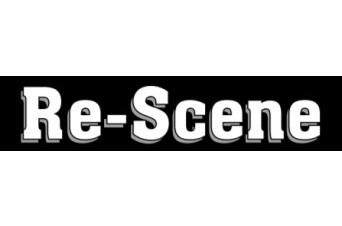 We have a rolling programme to replace existing lighting with LED lighting and have installed photo voltaic cells to provide solar power. We enable productions to work off local power in our build spaces.

We host regular free events, such as travel advice sessions and bike servicing, to help productions and tenants discover new ways to be sustainable.

We're pleased to share resources and reports like the ones below, produced by leading industry organisations to further the cause of sustainable TV & film production across the UK. 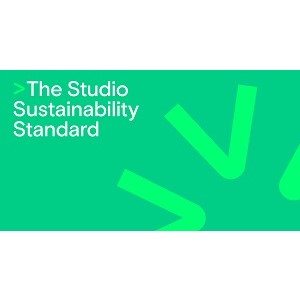 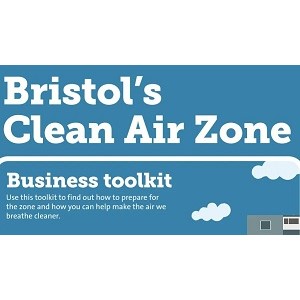 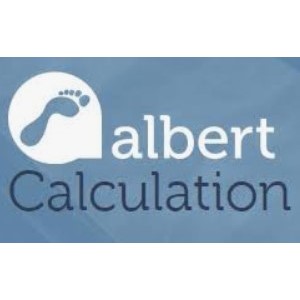 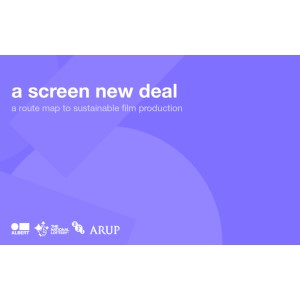 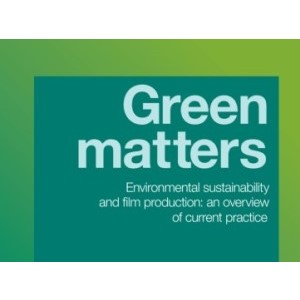