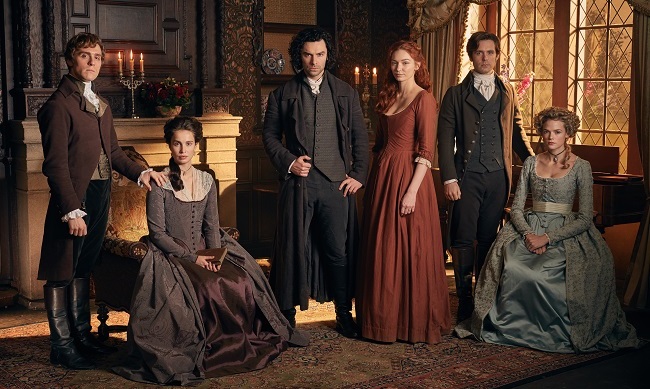 Series one filmed for six months in 2014, with key interior sets built in Tank House 2 including The Red Lion pub and Poldark’s Cornish home. Series two returned in 2015 for a seven month shoot, building additional sets and basing full costume department on site, complete with sewing, dying and fitting rooms. Series three filmed from Sept 2016 – Feb 2017, using Tank Houses 1 and 2 for sets and further space for construction, props and costume.

Series four production ran from Sept 2017 – Jan 2018, and the fifth and final series filmed from Sept 2018 – Feb 2019. By this time Poldark’s studio footprint had grown to a total of 18 sets across three studios, including five main interiors; Poldark’s ‘Nampara’ home in Cornwall and London lodgings, the Warleggans’ homes in Cornwall and London, Whitworth Vicarage and Sawle Kiddley. A period-correct scale replica of the House of Commons was also built for the final two series.