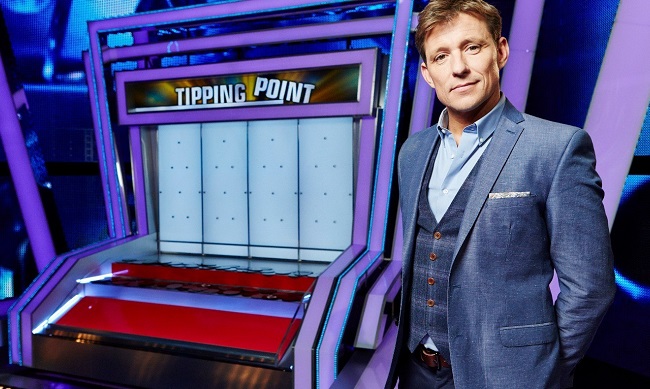 Hit daytime quiz show hosted by Ben Shepard. A game of knowledge, skill and tactics, centered around an extraordinary machine filled with counters worth thousands of pounds.

The Tipping Point machine is located in an 8,000 sq ft studio, with control rooms and all backstage elements of production also based at The Bottle Yard. Production teams are based out of RDF West’s Bristol offices.

Tipping Point moved to The Bottle Yard Studios in Spring 2018 when it was in its eighth series, with a commission from ITV for a further two years; 330 regular episodes and 24 of its prime-time variation Tipping Point Lucky Stars.