ITV’s Tipping Point is back at The Bottle Yard filming 175 new episodes. Fizz, the entertainment arm of RDF Television, a Banijay Group company, has commenced filming of the 12th series of the daytime quiz show, hosted by Good Morning Britain presenter Ben Shephard.

Filming of the new episodes will continue for the next two months, with ten Lucky Stars episodes and 165 regular episodes being filmed for transmission next year. So far Tipping Point Lucky Stars has raised almost one million pounds for charity. 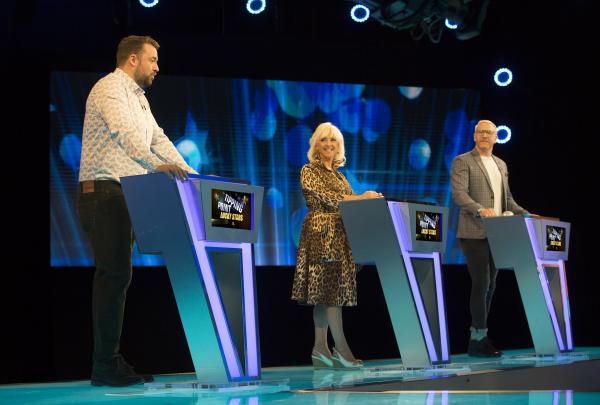 In a special video message to Tipping Point fans filmed on set at The Bottle Yard Studios, host Ben Shephard said: “Look at this, back in the Tipping Point studio filming series 12 – we’ve got 175 episodes to try and squeeze in between now and July so it’s going to be a very busy time between being in Bristol here, getting all this done and getting back to the Studio to do GMB aswell… it’s really exciting being back!”

Sara Doyle and Kate Lownds, Executive Producers for Fizz said: “We were able to produce some fantastic shows at the Bottle Yard in Series 11 and look forward to doing the same again this year.”

Laura Aviles, Senior Bristol Film Manager for Bristol City Council, says: “Tipping Point is a really important returning production for The Bottle Yard Studios, it’s fantastic to have them back in production with new contestants and celebrities arriving for safe filming at the Studios, in line with our COVID-19 protocols. We’re very proud to be the home of such a successful Bristol-made production.”

RDF relocated Tipping Point to The Bottle Yard in 2018, moving its iconic Tipping Point machine into an 8,000 sq ft studio. Control rooms and all backstage elements of production are also situated at the Studios, and production teams base out of RDF West’s Bristol offices.

A game of knowledge, skill and tactics, Tipping Point is centred around an extraordinary machine filled with counters worth thousands of pounds. The series continues to dominate its weekday 4pm slot, frequently attracting up to 3m viewers and regularly enjoying a share of over 30% The previous run peaked at just over 3.32 million viewers with a 32.4% share.

Watch the new series of Tipping Point on weekdays at 4pm on ITV, and Tipping Point Lucky Stars on Sundays at 7pm, or catch up on the ITV Hub.