The Salisbury Poisonings (BBC One) 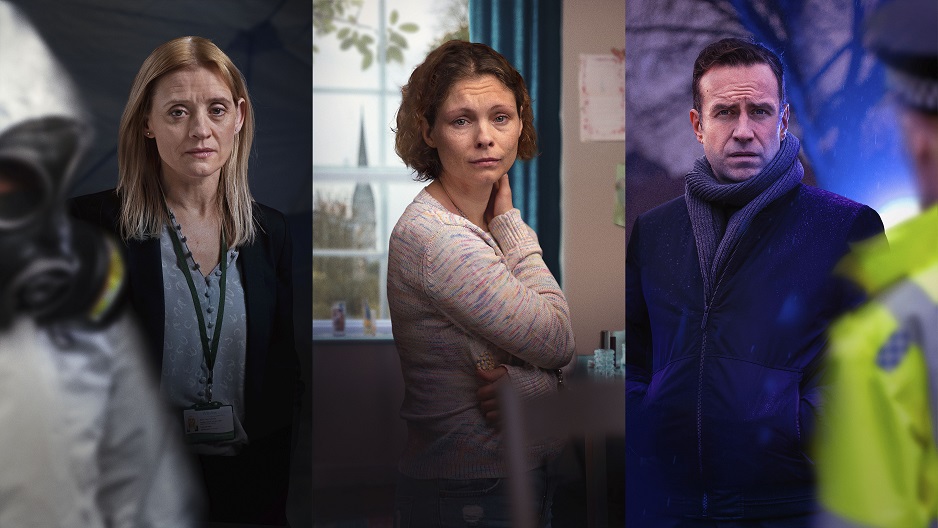 Dramatisation starring Anne Marie Duff and Rafe Spall, based on true events of the 2018 Novichok poisonings which saw Salisbury become the site of an unprecedented national emergency. The three part series examines the extraordinary heroism shown by Salisbury’s community during the public health crisis that followed, capturing the bravery, resilience and, in some cases, personal tragedy of the unsuspecting locals.

Production was based at the Studios from October to December 2019 whilst filming took place in Bristol and across the South West, at locations within Salisbury as well as Weston Super Mare, Clevedon and Malmesbury.

Bristol Film Office supported large scale filming at Castle Park, which provided the location for the Salisbury park where Sergei and Yulia Skripal were discovered unconscious on a bench after being exposed to the Novichok nerve agent. Market stalls were built along the east side of the park to recreate The Maltings shopping area which had to be evacuated when the major decontamination operation began.

Filming also took place on King Street, which provided the location for exterior shots of the Amesbury home of Charlie Rowley and Dawn Sturgess, the couple who were also exposed to the nerve agent, resulting in the tragic death of Dawn Sturgess in hospital days later.

Interior scenes were filmed at Devon House in Whitehall. Soundwell Centre provided the location for interiors of Salisbury District Hospital and Bristol Cathedral doubled as Salisbury Cathedral. A house on Watchill Avenue in Highridge provided the location for the Dawn Sturgess’s parents’ home. Filming also took place on St Nicholas Street where the army set up a quarantine area, whilst Canon’s Way and Circular Road were used for emergency driving scenes.