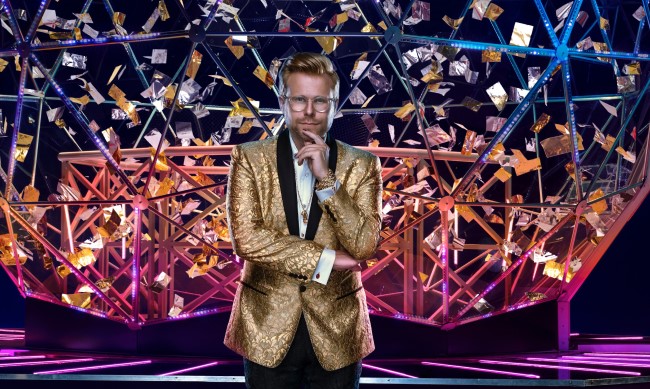 US family version of the UK gameshow that began in the 90’s and was succesfully rebooted by Fizz, part of Bristol-based RDF Television, for Channel 4 in 2017.

Like the UK version, the ten part US version is made by Fizz/RDF Television at The Bottle Yard Studios on the purpose-built set spanning over 30,000 square feet. Comedian/writer Adam Conover (pictured) is Maze Master, charged with guiding one family team through physical and mental challenges set within the elaborate labyrinth of four immersive themed zones – Aztec, Eastern, Futuristic and Industrial.

In each episode, the youngest family member takes on the role of team Captain. The successful completion of escape-room style challenges are rewarded with a ‘time crystal’ granting the family five seconds in the centerpiece final zone, the Crystal Dome. The more crystals gathered throughout the game, the more time each family has for a dramatic clock countdown challenge inside the Dome for a chance to win up to $25,000.