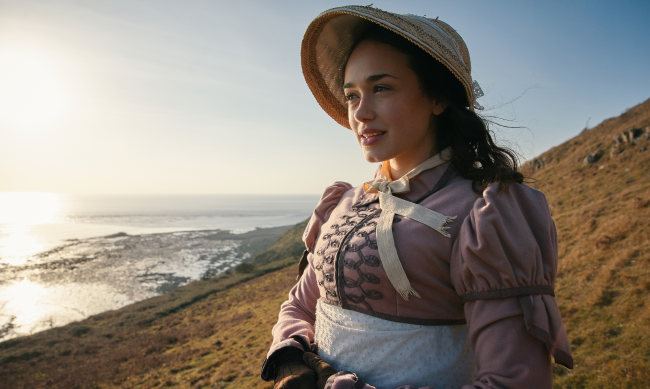 Set builders spent ten weeks creating a full scale 1820’s outdoor Regency street of a ‘quiet seaside town’ within The Bottle Yard’s Back Lot. External elevations were constructed from open frame scaffolding and wood, against which an authentic period street façade was built, measuring 67 metres long by 21 metres wide, with heights of up to 10 metres. The exterior street was used for two streets in the town; the building site of Waterloo Place and Trafalgar Street. Green screen was used only to extend into the beach areas.

Five interior studio sets were built in 22,000 sq. ft. of build space in Tank House 4. These consisted of Trafalgar House (bedrooms, reception rooms and study), Sanditon House (dining rooms, bedrooms and reception rooms), Denham Place, Sanditon Assembly Rooms, the boarding house for young ladies, a London high class club and a London ballroom to name a few. Sanditon House was based on the height of Chatsworth House’s main hallway and features included three fully working chandeliers that were lowered and lit on each day of filming, each taking up to 300 candles of different colours made especially for the show.