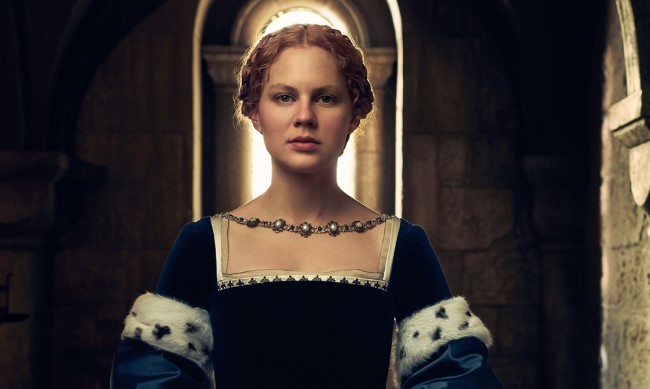 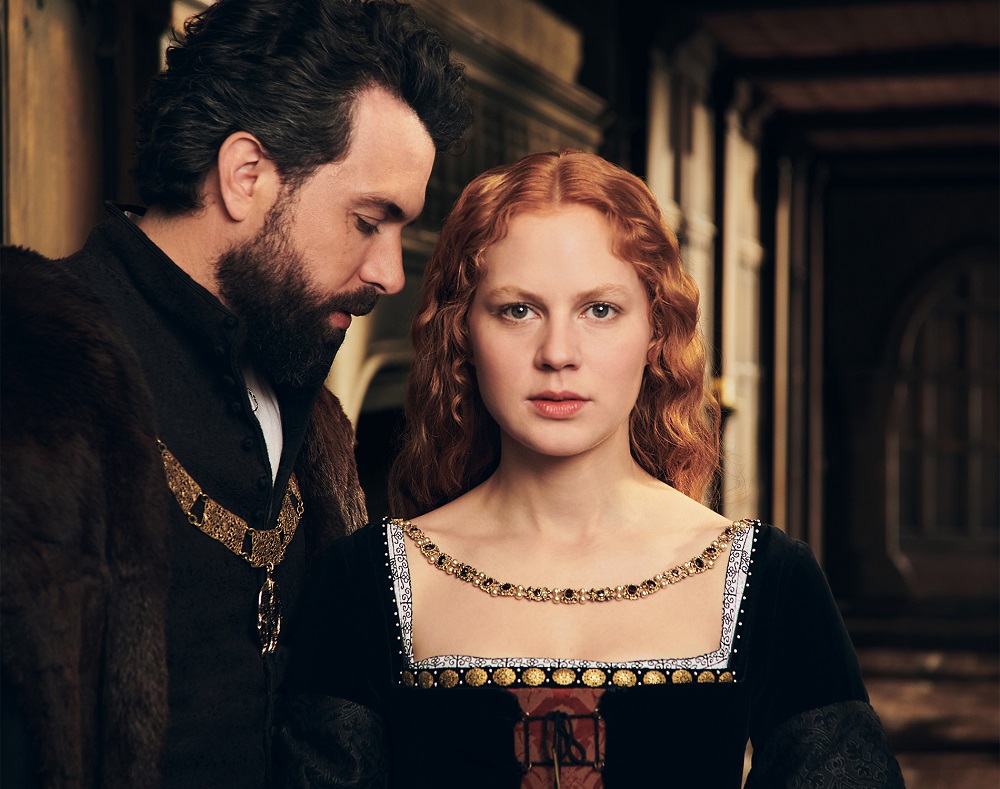 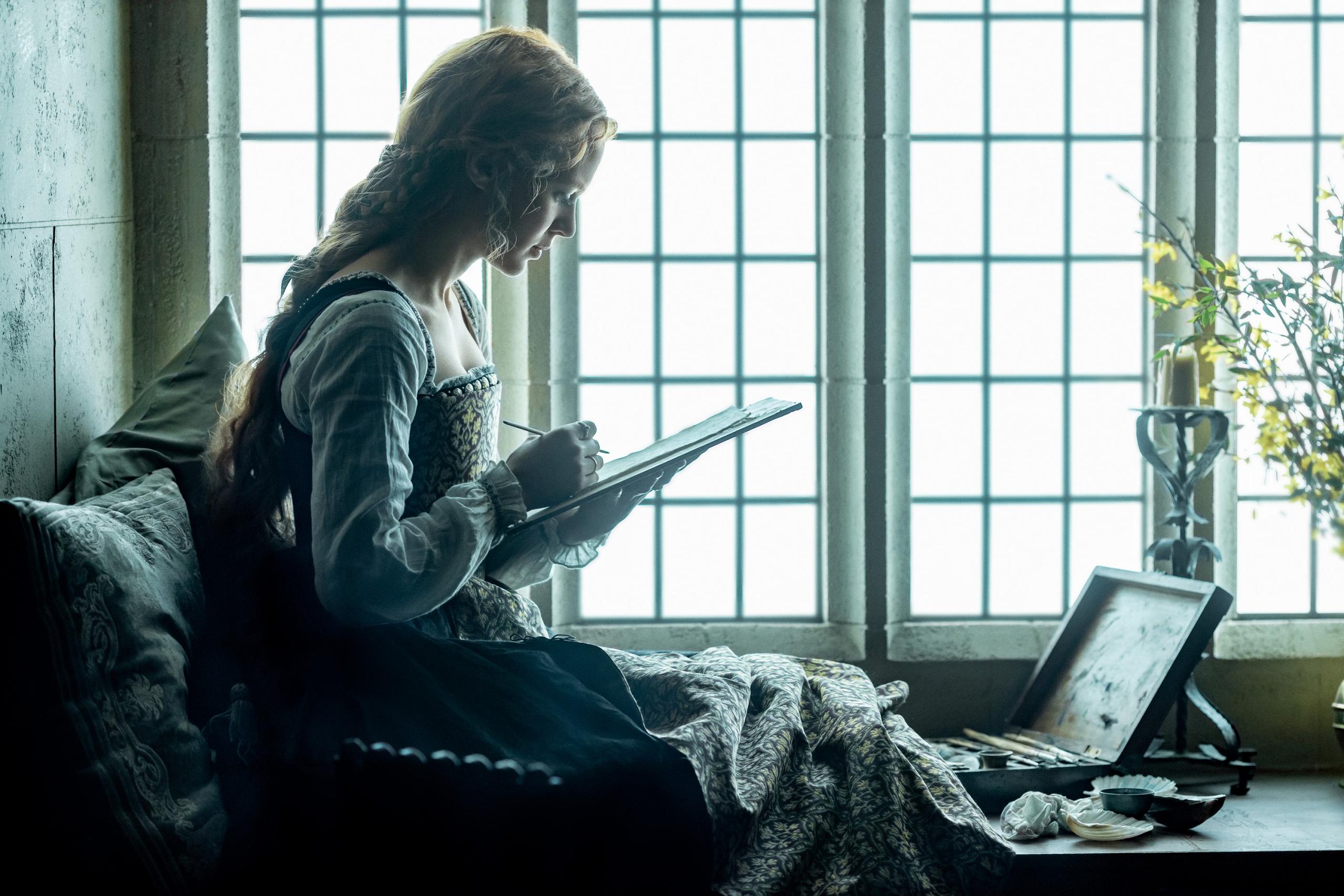 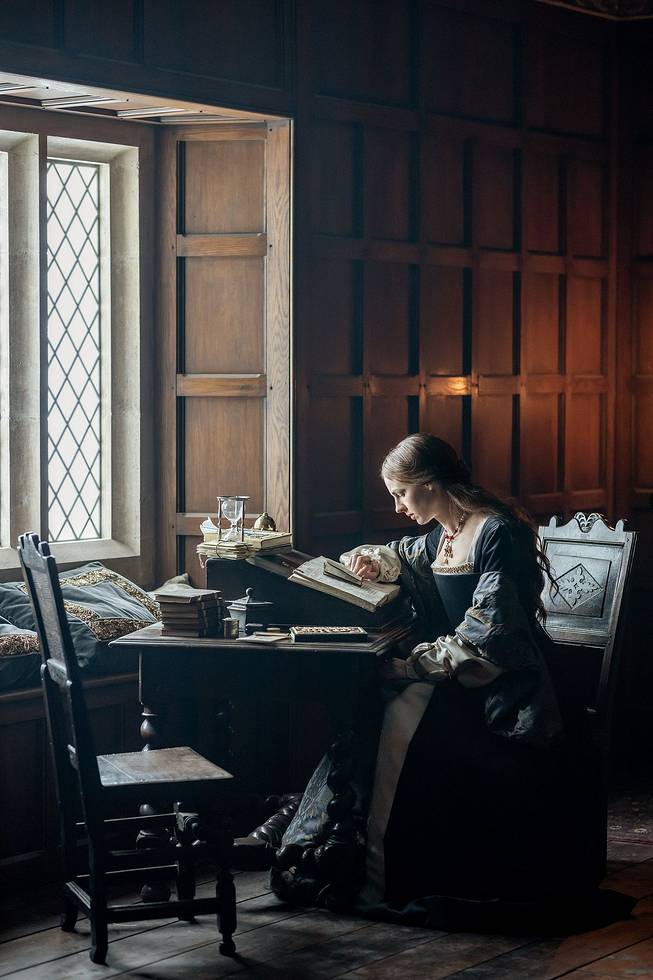 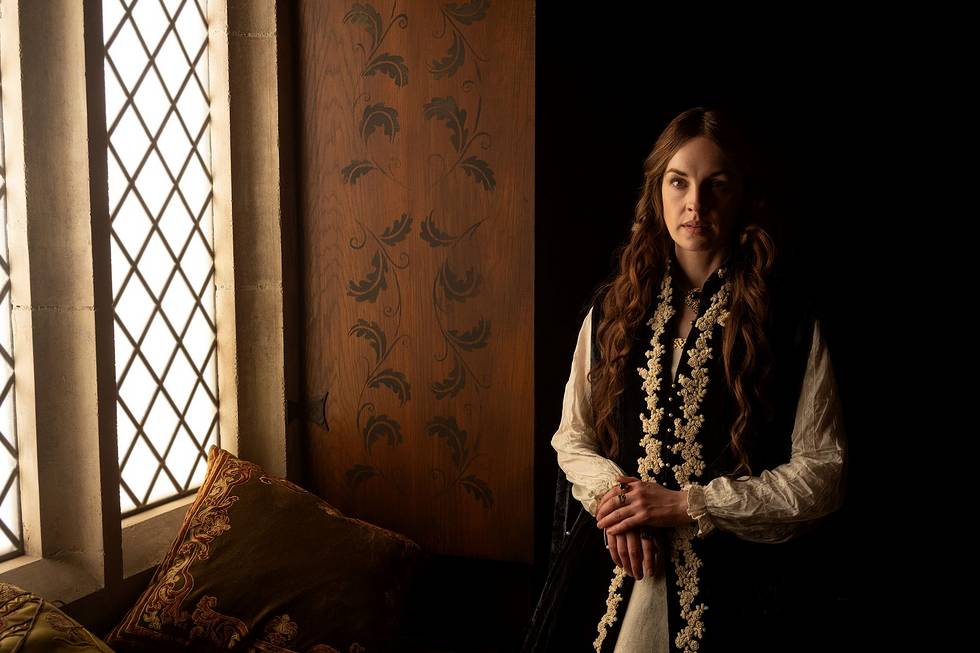 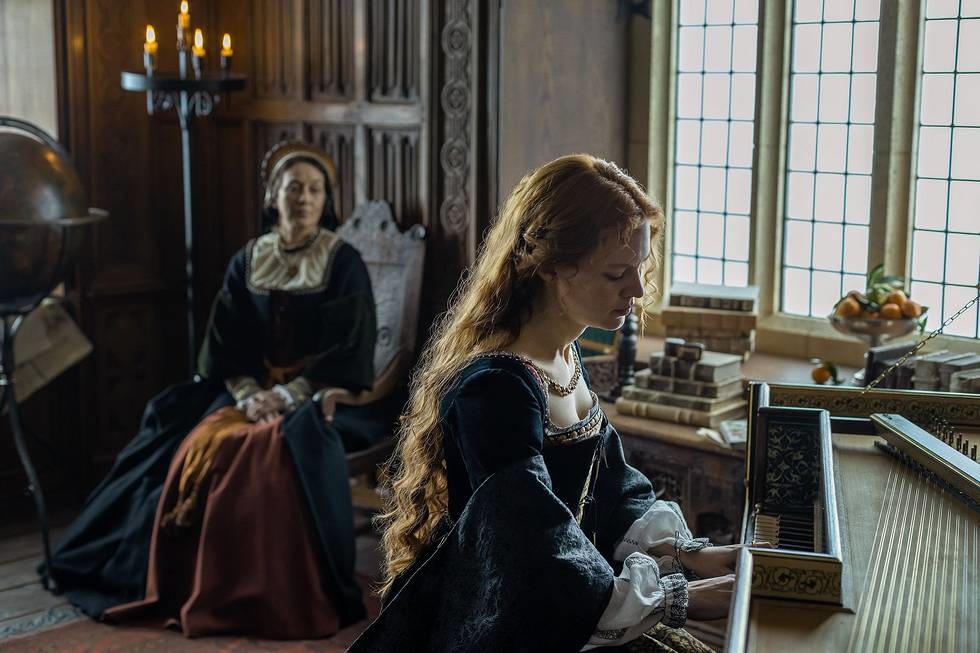 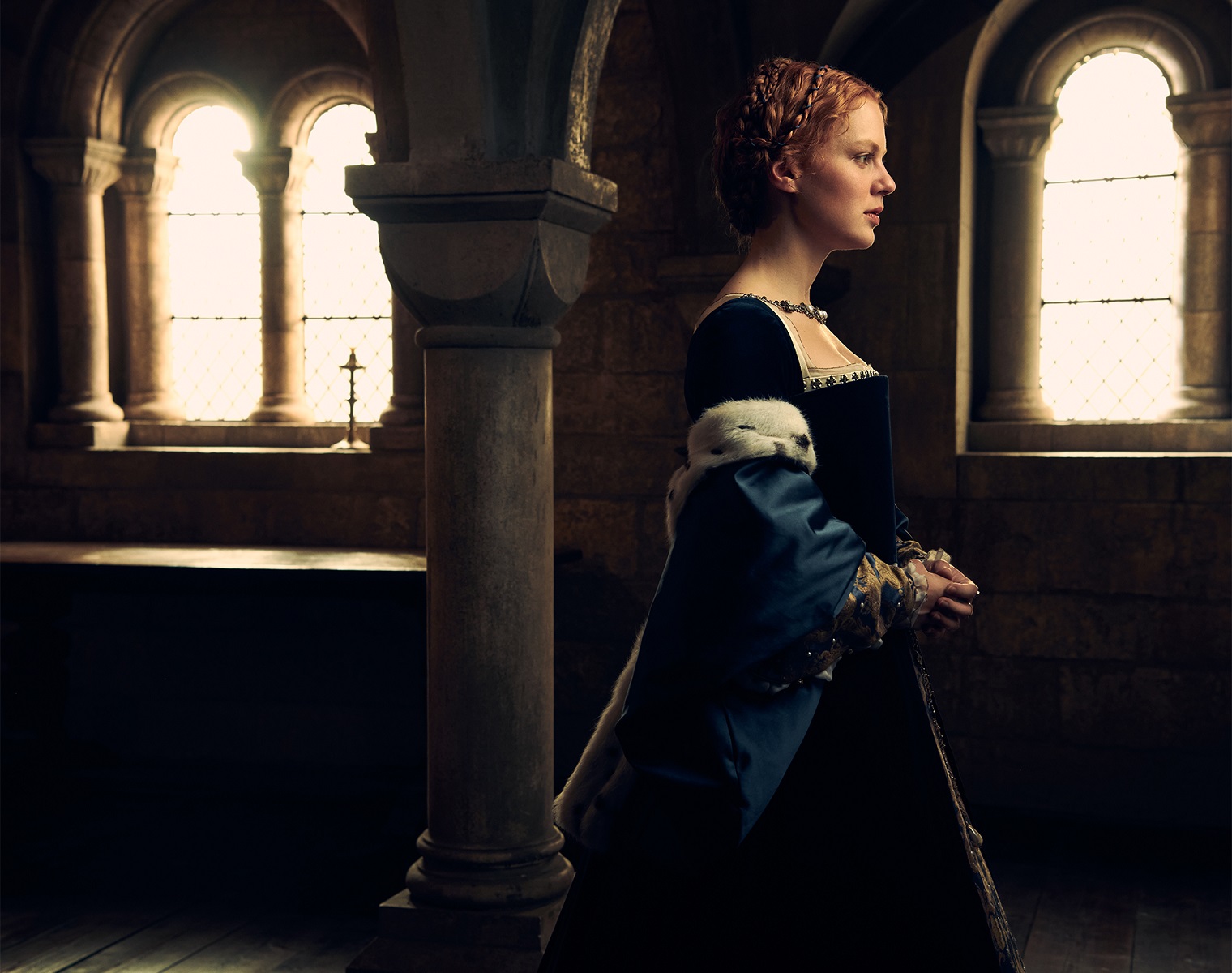 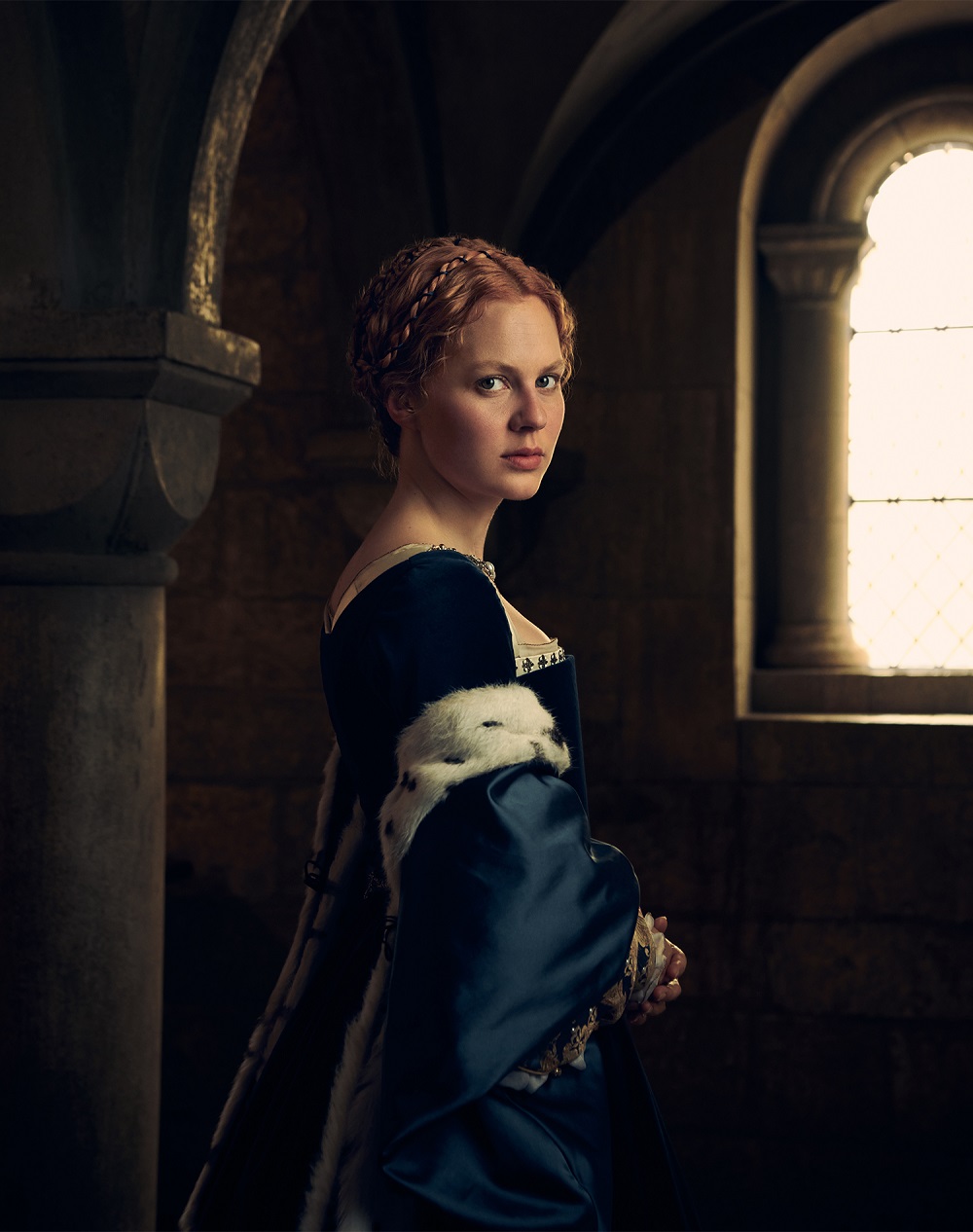 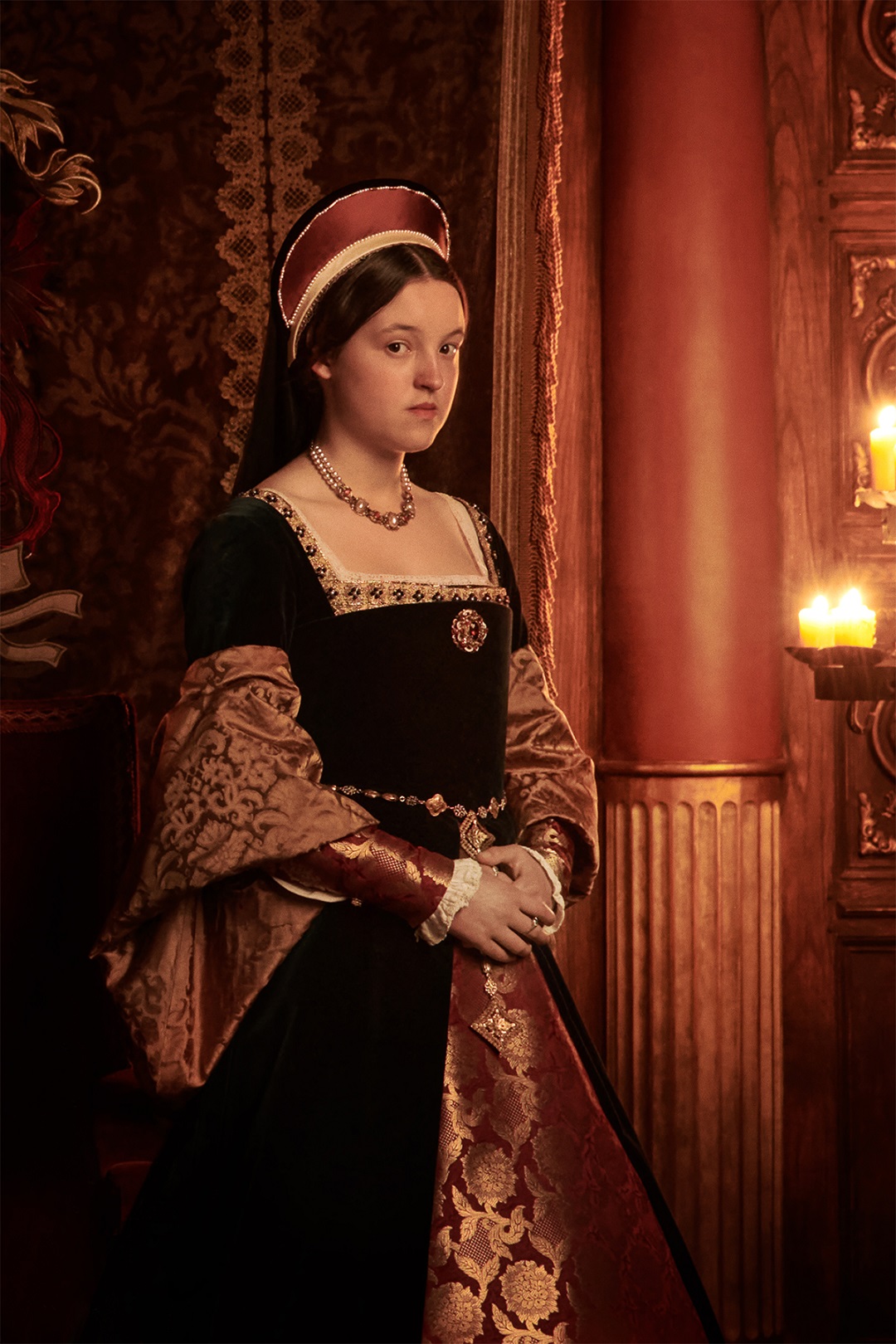 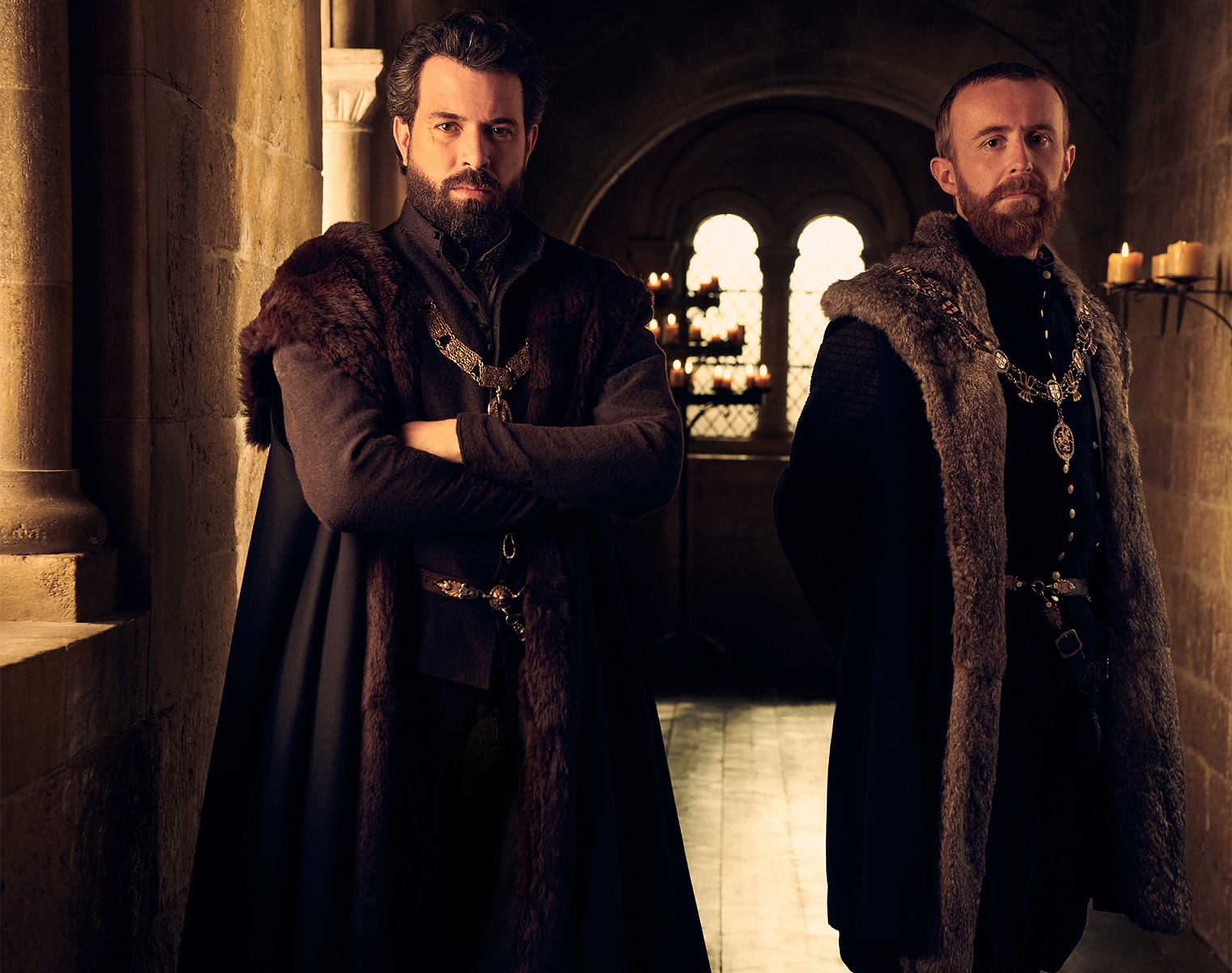 Eight-part drama exploring the untold story of the early life of England’s most iconic Queen, with cast including Alicia von Rittberg (pictured), Jessica Raine, Tom Cullen and Romola Garai. A network of detailed period sets including a palace, manor house and prison cell were built at The Bottle Yard Studios, where filming took place between September 2020 and January 2021.

Production Designer Stevie Herbert said: “We created a suite of spaces getting closer and closer to the King’s most private chambers…. on the Bottle Yard sets, we move from the splendour of the public Great Hall through semi-private state rooms to the intimacy of the King’s bedchamber. Tank House 2 had the ideal height and scale to accommodate our Whitehall Palace build.

“The studio build is part of the centre of the Palace, the seat of power, where the King meets his Court. Whitehall was a warren like space, full of covert corners and large decorative impressive chambers, halls and living quarters. The build takes you along Norman corridors and through archways, into an antechamber. The large room attached is where the Privy Council meet to govern.

“Travel in another direction and you enter the Watching Chamber, which leads to a two storey build of the Presence Chamber/Great Hall with its vertical Gothic details. This is where ambassadors meet the King and the court feast.

“Beyond this threshold the build becomes Tudor in style, commissioned by Henry VIII these are the King’s Privy Chambers, including his Bedchamber. Heavy, solid, decorative and glamorous, a world that speaks of wealth and power.

“The inner chambers of Catherine Parr’s world, Chelsea Palace, including corridors, bedchambers and salon, formed the composite set in the Export Warehouse stage. Henry VIII built this Tudor palace for his Queen, it is of scale, different in detail and style from the world of Whitehall and the Court.

“The inner chambers have a homely intimate feel with honey-coloured panelled walls, decorative details and elaborate plaster ceilings. The Export Warehouse also accommodated a build of living quarters and a cell from the Tower of London.”