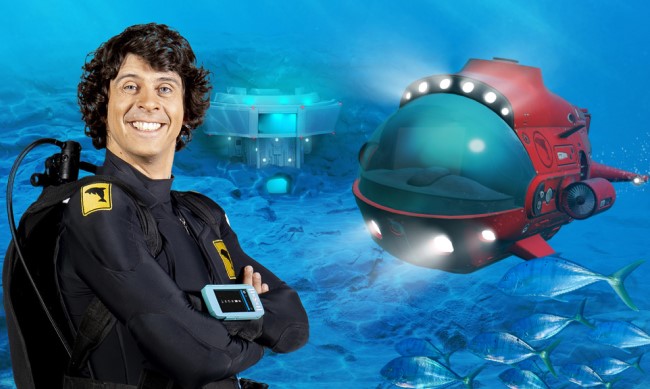 Andy takes to his all new Sub-aqua mobile to explore an awe-inspiring aquatic world, discovering dolphins, sharks and fascinating fish from all corners of the globe, as well as the largest marine animal on the planet – the magnificent Blue Whale.

The 30 x 14 min series filmed between March-May 2019 in The Bottle Yard’s M3 studio on the giant green screen measuring 80 x 40 x 27 ft.  The ten week shoot also used locations in the region, including Portishead Lido and The Eden Project in Cornwall.