Catch up with The Beaker Girls

Tracey Beaker returned to CBBC over Christmas with five new episodes that aired from 13-18 December, after filming at The Bottle Yard Studios and on location in the surrounding region during Summer 2021. If you missed it, you can catch up on BBCiPlayer now here.

Made by BBC Children’s In-House Productions, the CBBC series built sets at The Bottle Yard Studios where production headquarters were based, and filmed on location in Whitchurch area with assistance from the Bristol Film Office. Filming also took place in the Somerset locations including Sand Bay in Weston-Super-Mare and Clevedon, which provided the coastal backdrop for the fictional seaside town of ‘Cooksea’. 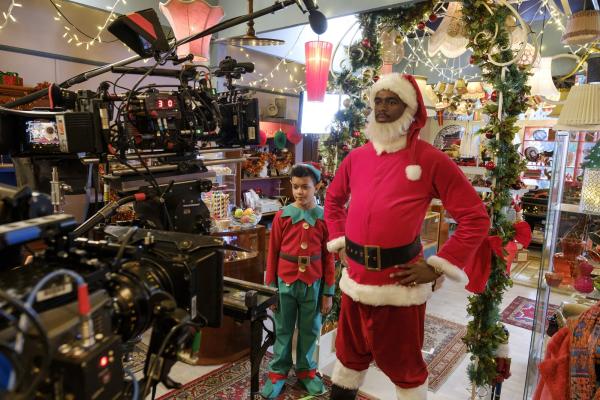 The Beaker Girls are loving their new life running the Dumping Ground junk shop in the quirky seaside town of Cooksea. The wheeler-dealer duo are making new friends – but also enemies, and a whole lot of trouble.

When Jordan, a runaway teen who has been repeatedly failed by the care system, finds her way into the Beaker Girls’ cosy family, Tracy’s life seems to have come full circle as she contemplates becoming a foster parent. But will Jess ever be ready to share her mum?

Other familiar faces also back for the new series are: Jordan Duvigneau as Sean Godfrey, Lisa Coleman as Cam, Montana Thompson as Justine and Danielle Henry as Mary, along with newcomer Chi-Megan Ennis McLean as Jordan and Alibe Parsons as junk shop owner, Flo. 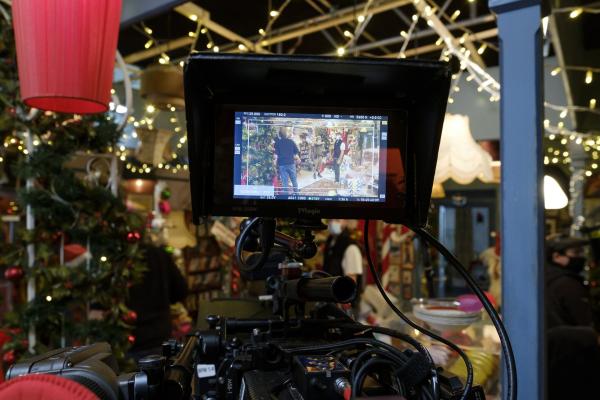 The Beaker Girls filming on set at The Bottle Yard Studios (all images: BBC)

The Beaker Girls is written by Emma Reeves. It was commissioned by Sarah Muller, Head of BBC Children’s Commissioning & Acquisitions 7+, Gina Cronk is the Executive Producer, John McKay is Producer/Director and Tali Walters is the Genre Lead.

The Beaker Girls is available to watch on BBC iPlayer.