The Pursuit of Love begins Sunday 9 May on BBC One

The Pursuit of Love begins on BBC One this Sunday 9 May, after filming last year at The Bottle Yard Studios and in the Bristol and Bath area.

Adapted and directed by award-winning actor Emily Mortimer (Mary Poppins Returns, The Sense of an Ending), the three-part romantic comedy-drama about love and friendship stars Lily James (Mamma Mia!:Here We Go Again, Cinderella, War and Peace) as Linda Radlett and Emily Beecham (Little Joe, Cruella) as her best friend and cousin Fanny Logan. Produced by Open Book and Moonage Pictures for BBC One, it is an adaptation of Nancy Mitford’s celebrated novel, originally published in 1945.

One of the first drama productions to resume shooting in the UK after the first COVID-19 lockdown, The Pursuit of Love filmed for three months during the Summer on location in the Bristol and Bath area and at The Bottle Yard Studios. Some scenes were also completed in Paris, France. 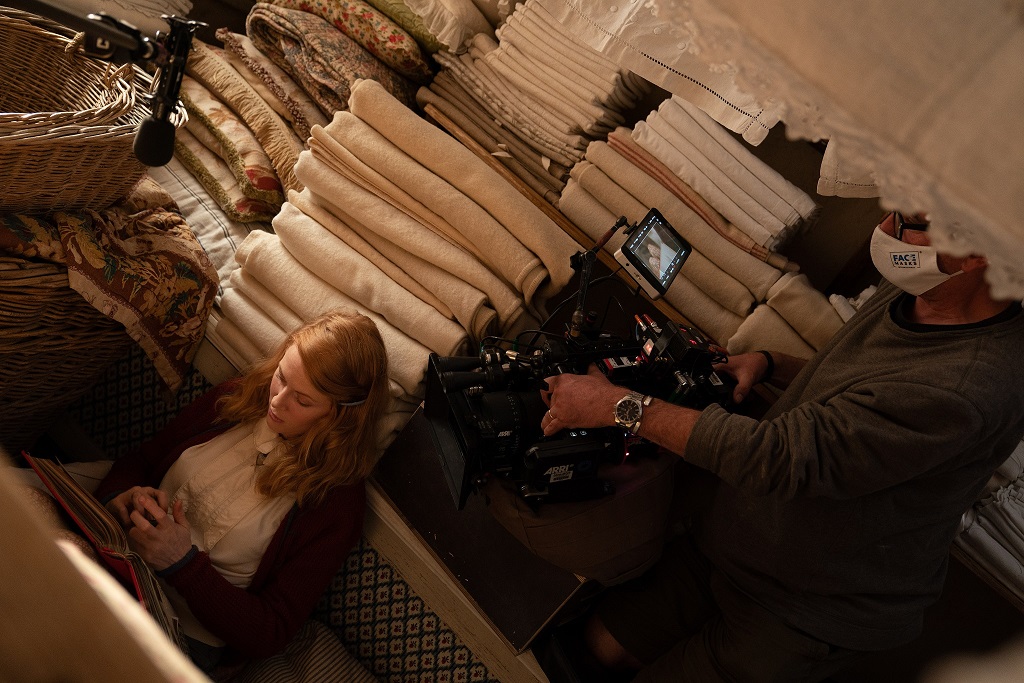 Laura Aviles, Senior Bristol Film Manager, says: “This part of the UK has everything a production like The Pursuit of Love could possibly need; stately homes, studio space at The Bottle Yard, a strong crew base and supportive film offices in Bristol and Bath. Once government had given the green light, Open Book and Moonage Pictures did an excellent job getting the shoot up and running with Covid-safety guidelines firmly in place. It was the hard work and adaptability of crews and companies in Bristol and Bath that enabled the West of England to be at the forefront of shoots like this resuming in the UK.”

Executive Producer Frith Tiplady of Moonage Pictures says: “We had a great time filming The Pursuit of Love at The Bottle Yard Studios and in and around Bath and Bristol. Fantastic locations and talented local crew all contributed to a show we are very proud of. Being one of the first shows to film with Covid procedures in place was a challenge that was crucially supported by the Studios and Film Office, which helped everything run very smoothly.”

Describing the filming process, actor Andrew Scott said: “Ironically I feel very safe on this set because you know everyone has been tested. The crew did an incredible job; wearing masks all day and you have to make more of an effort as you can’t read people’s faces. Everyone was so thrilled to be back working. We were so lucky that we were one of the first back after the first lockdown.” 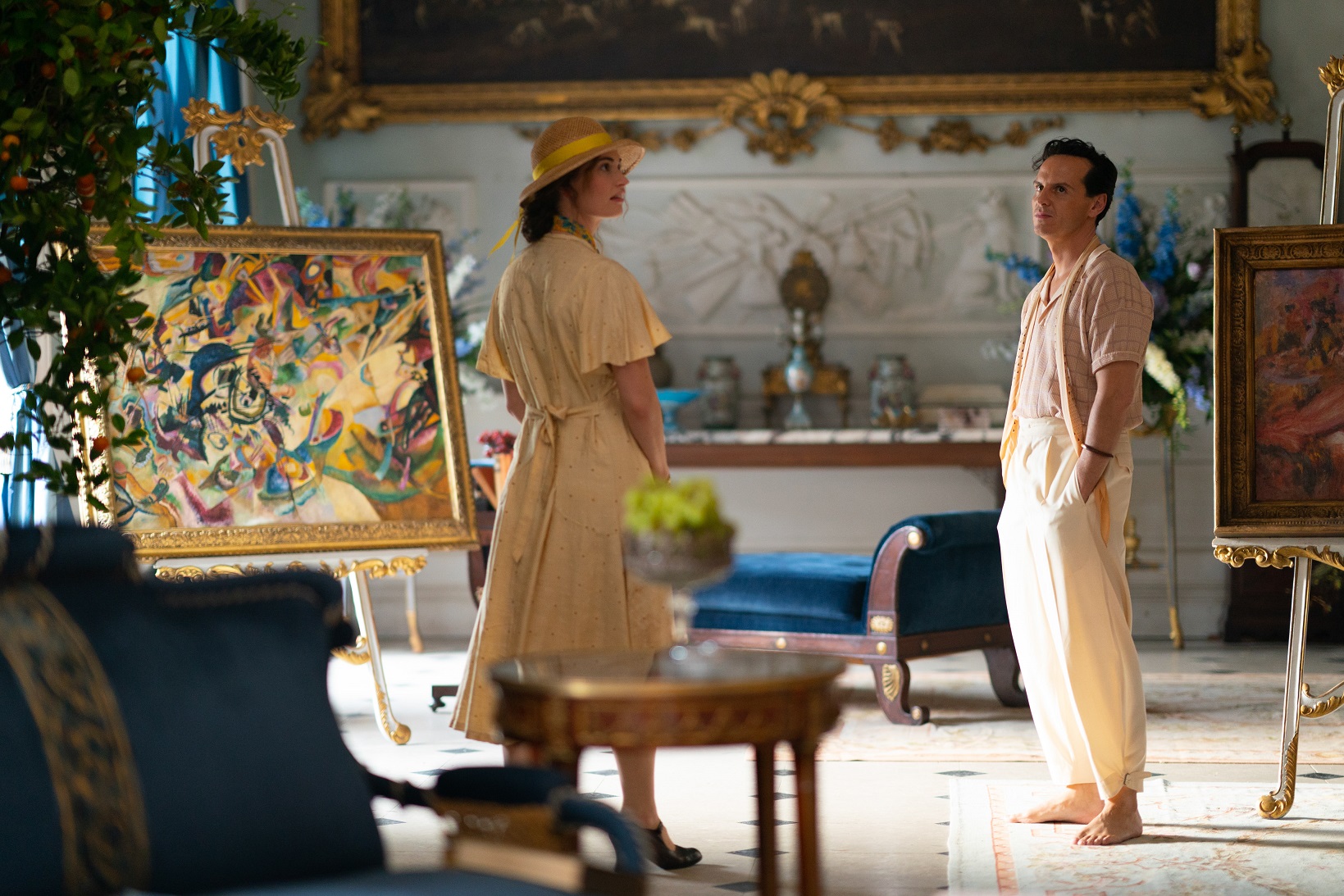 The production team received a Special Mention in the 2020 Production Guild of Great Britain Awards for being one of the first High-end TV productions to getting up and running with full Covid safety protocols in place after the UK-wide hiatus in filming caused by the pandemic.

Linda Radlett (Lily James) and her best friend and cousin Fanny Logan (Emily Beecham) are consumed by a desire for love and marriage, and on the hunt for an ideal husband – but their friendship is put to the test when they choose very different paths. Whilst Fanny settles for a steady life, Linda decides to follow her heart, to increasingly wild and outrageous places. As well as directing, Emily Mortimer also stars as Fanny’s mother, ‘The Bolter’.

The 3×60 minute drama is executive produced by Charles Collier, Matthew Read and Frith Tiplady for Open Book and Moonage Pictures and produced by Rhonda Smith.

The Pursuit of Love premieres on 9 May on BBC One and BBC iPlayer in the UK, and will be available on Amazon Prime Video in the US, Canada, Australia and New Zealand.