Showtrial, The Girl Before, Chloe & The Long Call commence filming

Four major new dramas – Showtrial, The Girl Before and Chloe for the BBC and The Long Call for ITV – have commenced filming in Bristol this month, as the city continues to attract a consistent flow of film and TV productions to use its locations, studio space and filming support services.

Laura Aviles, Senior Bristol Film Manager for Bristol City Council responsible for The Bottle Yard Studios & Bristol Film Office, says: “Four major dramas beginning their shoots in Bristol in the space of just a few weeks is a clear indication of the city’s appeal to producers right now. With Showtrial, Chloe, The Girl Before and The Long Call joining other titles already actively filming in the city, Bristol is continuing the exceptionally strong levels of High-End TV production we saw in the first quarter of this year well into the second quarter, bringing welcome benefits to local crew, facilities and service companies, and creating numerous other knock-on benefits to the city’s economy.”

SHOWTRIAL
From World Productions (Line of Duty, Bodyguard, The Pembrokeshire Murders) comes Showtrial, a brand new drama for BBC One and BBC iPlayer from writer Ben Richards (The Tunnel, Strike, Cobra). Described as “a timely legal drama full of dark humour,” Showtrial is filmed and set around Bristol, and explores how prejudice, politics and the media distort the legal process. The five-part series’ production team is based at The Bottle Yard Studios and filming is taking place on location in Bristol, with assistance from Bristol Film Office.

When Talitha Campbell, the estranged daughter of a wealthy property developer, is charged with conspiring to murder fellow university student Hannah Ellis, the trial that follows places victim and accused – and their families – in the eye of a media storm. Into that storm enters Cleo Roberts, the duty solicitor on the night of Talitha’s arrest. Refusing her father’s help, Talitha wants Cleo to lead her defence against a prosecution weaponising Talitha’s gender as well as her social privilege against her. From arrest to verdict, Cleo and defence vie with the prosecution to convince us of the truth about Talitha: Damaged scapegoat? Or cold-blooded killer?

Showtrial is directed by Zara Hayes (Poms, Dian Fossey: Secrets in the Mist) and produced by Christopher Hall (Bloodlands, The Durrells). Executive Producers are Simon Heath (Line of Duty, The Pembrokeshire Murders) for World Productions, Mona Qureshi (Sitting in Limbo; Call The Midwife) for the BBC and Ben Richards.

THE GIRL BEFORE
The Girl Before is a four-part psychological thriller produced by 42 for BBC One and HBO Max, filming on purpose-built sets at The Bottle Yard Studios and on location in Bristol with assistance from Bristol Film Office. It tells the story of Jane, played by Gugu Mbatha-Raw (The Morning Show, Misbehaviour), who gets the chance to move into a beautiful, ultra-minimalist house designed by an enigmatic architect Edward Monkford, played by Golden Globe, BAFTA and Emmy nominee David Oyelowo (Selma, Les Miserables).

There’s just one catch: occupants have to abide by his list of exacting rules. Jane starts to feel the house changing her in unexpected ways but, when she makes the shocking discovery about her predecessor Emma, played by Jessica Plummer (Eastenders, I’m a Celebrity, Get Me Out of Here), she’s forced to confront unnerving similarities. As the two women’s timelines interweave, Jane begins to question if her fate will be the same as the girl before…

The Girl Before is adapted from JP Delaney’s best-selling novel of the same title which has sold more than one million copies since its publication in 2016. It is created, written and exec produced by JP Delaney; Marissa Lestrade (White Stork) co-writes episodes of the series and Emmy-nominated Lisa Brühlmann (Killing Eve) directs. Rhonda Smith (The English Game) is producing and Gugu Mbatha-Raw is an associate producer.

Having drawn critical acclaim for her portrayal of Princess Anne in The Crown, Doherty plays Becky. Still living with her mum and working as a temp, Becky compares herself to the picture-perfect lives on Instagram, compulsively returning to one account: Chloe’s (Gilbert). Becky obsessively watches her seemingly flawless life through social media. But when Chloe dies suddenly, Becky’s need to find out how and why leads her to assume a new identity and engineer a ‘chance’ meeting with Chloe’s best friend, Livia (Bennett-Warner), and infiltrate Chloe’s group of close-knit friends. Through her alter-ego Sasha, Becky becomes a powerful, transgressive heroine; a popular, well-connected ‘someone’ with a life, and loves, that are far more exciting and addictive than the ‘noone’ she is as Becky. However, the pretence soon obscures and conflates reality, and Becky risks losing herself completely in the game she is playing.

Taking full advantage of Bristol’s rich cultural scene from the art to music, Chloe will also feature the work of artists local to the region, including an original score composed by Will Gregory (Goldfrapp) featuring Adrian Utley (Portishead) and Alison Goldfrapp.

THE LONG CALL
The Long Call is a four-part crime drama produced for ITV by Silverprint Pictures and BritBox North America, filming on location in Bristol with assistance from Bristol Film Office, and along the North Devon coast. It is inspired by the best-selling novel of the same title from award-winning writer Ann Cleeves (Vera, Shetland) and adapted by screenwriter Kelly Jones (Des, Baptiste). 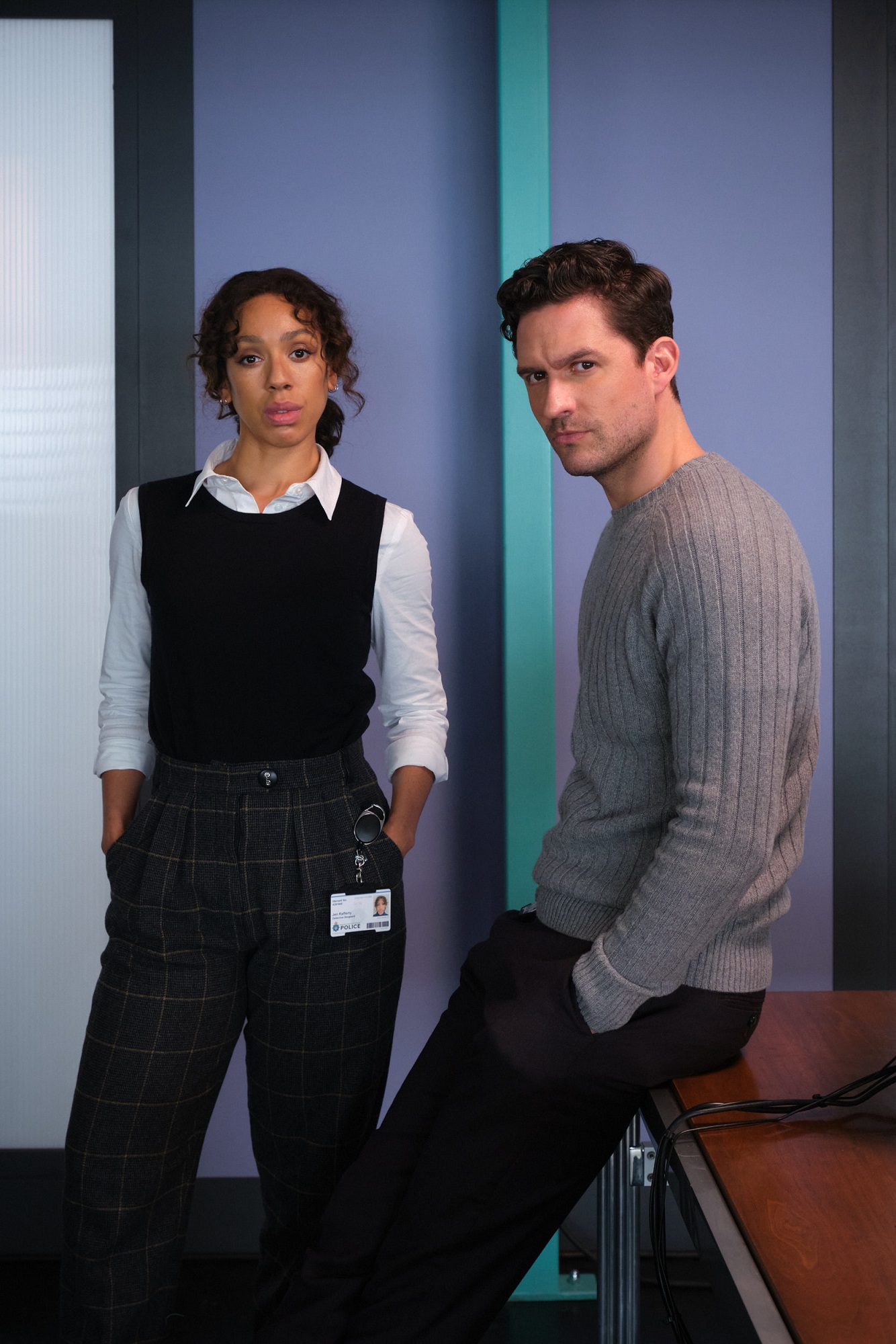 Directed by Lee Haven Jones (Dr Who, Shetland, The Bay) and produced by Angie Daniell (Vigil, Alex Rider), The Long Call follows Detective Inspector Matthew Venn (Our Girl, Fleabag), who has returned to live in a small community in North Devon with his husband, Jonathan (Declan Bennett). Matthew was brought up in the Barum Brethren before leaving to go to University. At 19 he knew he couldn’t continue amongst the community and to his mother’s shock and dismay, he declared publicly he no longer believed. Now he’s back, not just to grieve for his father, but to lead a shocking murder investigation back where it all began for him.

Matthew is now forced to re-engage with the community he left, including the most painful and challenging of relationships, with his mother Dorothy played by award-winning actress Juliet Stevenson (Riviera, Truly found on the beach close to Matthew’s home, the investigation throws a cast of doubt on the whole community. Matthew and his team have to get to the bottom of a case which bring with it old wounds and a deadly secret in order to expose the killer.