Congratulations to BBC drama The Trial of Christine Keeler and CBeebies hit Andy’s Aquatic Adventures which were winners at the 2021 RTS West of England Awards on Sunday night!

The Trial of Christine Keeler, produced for BBC One by Ecosse Films and Great Meadow Productions, picked up the Best Scripted Content award at the in-person awards ceremony held at Bristol Old Vic Theatre on 26th September.

The six part drama, which took a fresh look at the 1960s ‘Profumo Affair’, filmed for 17 weeks in Bristol from late 2018 to Spring 2019, with full production base at The Bottle Yard Studios which housed sets including the interiors of Wimpole Mews (lead character Stephen Ward’s home) and Marylebone Police Station. Bristol Film Office also assisted filming at a number of locations across the city.  Read more about the shoot here.

Also victorious at this year’s awards were the the Doghouse Post Production team behind CBeebies show Andy’s Aquatic Adventures. Fred Tay, Adam Oldroyd, Adam Lincoln and Josue Sanchez received the coveted award for VFX and Digital Creativity for their work on the series, produced by the BBC Natural History Unit using the latest digital CGI with footage from the BBC archive. 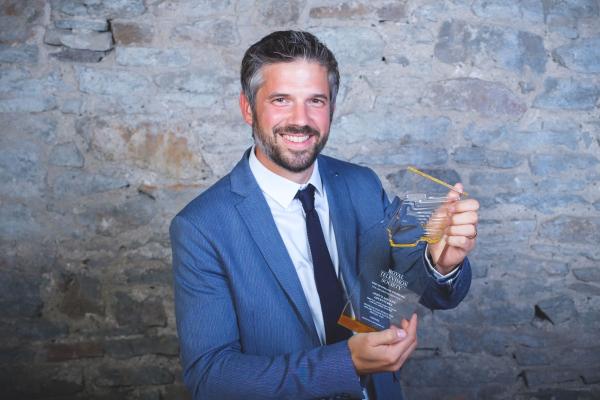 The 30 x 14 min series filmed between March-May 2019 on the giant green screen, and to achieve some of the water-based sequences, the production team constructed their own green screen pool in The Bottle Yard’s Studio 2, to simulate Andy floating on the surface of the water. The ten week shoot also used locations in the region, including Portishead Lido and The Eden Project in Cornwall.

Lynn Barlow, Chair of RTS West of England and Assistant Vice-Chancellor Creative and Cultural Industries Engagement, UWE said “It was really special to be able to hold this year’s awards, in person at the Old Vic – so many of our winners were made during the Pandemic, against the odds, proving just how much world-beating creative talent we have in the region. And, what would we all have done without the TV over the past year?”