Set and filmed in Bristol, Stephen Merchant’s new six-part comedy thriller The Outlaws begins Monday 25th October on BBC One after an extensive shoot that took place at The Bottle Yard Studios and on location across Bristol assisted by Bristol Film Office.

Made by Big Talk Productions and Merchant’s own company Four Eyes, the production team behind the new BBC One and Amazon Prime series based its headquarters at The Bottle Yard Studios where sets were built for key interiors. Sea Mills Community Centre served as the main city location and was decorated for the role by Bristolian graffiti artist ‘Inkie’. Bristol Film Office facilitated filming at a host of other city locations throughout the two series shoot which took place over 18 months, a period that was lengthened due to the pause in production brought on by the COVID-19 pandemic.

The Outlaws Producer Nickie Sault says: “After the very first national lock down happened in March 2020, the co-operation and support from both the Bristol Film Office and The Bottle Yard Studios was integral to us being able to remount our show and come back both safely and stronger than ever. We were only 12 days into shooting Series 1 of The Outlaws when we had to shut down.

“When we started filming The Outlaws Series 1, we were firmly planning to shoot everything on location, we had no plans to build any sets at all, but during the lockdown Series 2 was commissioned, and so when we came back up we came back with not just 6 but 12 hours of TV, and due to Covid, for safety, we made the decision to build most of our locations at the studios instead of shooting live on location. The Bottle Yard Studios and Bristol Film Office could not have been more flexible and more supportive to our ever-changing circumstances. I would return to shoot in Bristol in a heartbeat.”

Laura Aviles, Senior Bristol Film Manager says: “So often Bristol doubles for other settings on screen; it’s rarer that the city has the chance to star as itself, in all its vibrancy and colour. Viewers that know and love Bristol are in for a treat; The Outlaws is as Bristolian as they come, with the city taking centre stage. The Outlaws has been a vitally important production for Bristol, generating jobs for crew and valuable knock-on income for other sectors. Around 200 people per day were working at The Bottle Yard Studios throughout Series 1 production, an estimated 70-75% of which were crew from Bristol and the surrounding area. Stephen and Big Talk Productions have done a fantastic job of championing Bristol and have treated the city with great respect.”

“A major series like this requires a great deal of liaison on the part of our Film Office team, who have assisted at every stage, arranging the recces that led to the disused Sea Mills Community Centre building becoming the main city location, and ensuring residents were updated about filming plans and special arrangements over many months of filming for two series shot back-to-back. The Film Office also advised the production team on charities nd community groups that would welcome donations in return for the patience and cooperation of residents. We’re pleased to confirm that donations have been made to four local charities.”

Where did The Outlaws film in Bristol?

The Bottle Yard Studios
Home to numerous sets including:
– The home of Margaret (Dolly Wells), daughter of “twinkly-eyed small-time crook” Frank (Christopher Walken, right) whom the ex-con moves back in with whilst finishing his sentence of community service.
– Offices of family business “Halloran & Son”, led by “right-wing blowhard businessman” John Halloran (Darren Boyd)
– The probation offices where the seven outlaws meet
– Police cells and interview rooms

Sea Mills Community Centre
The disused building stars as the community centre that the outlaws are tasked with fixing up as part of the Community Payback scheme.

The shopping centre is the setting for the series opening stunt sequence in episode one, where “academic highflyer” turned shoplifter Rani (Rhianne Barreto) is chased by police.

Other Bristol locations include: 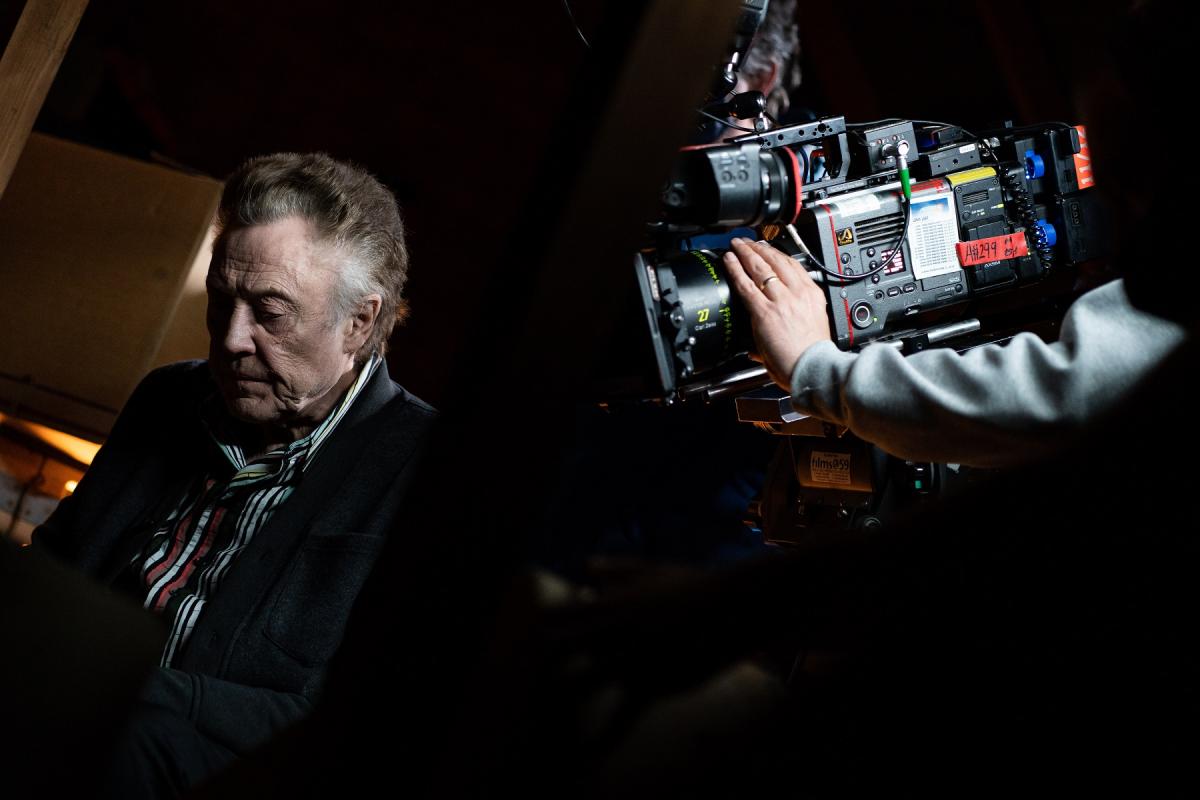 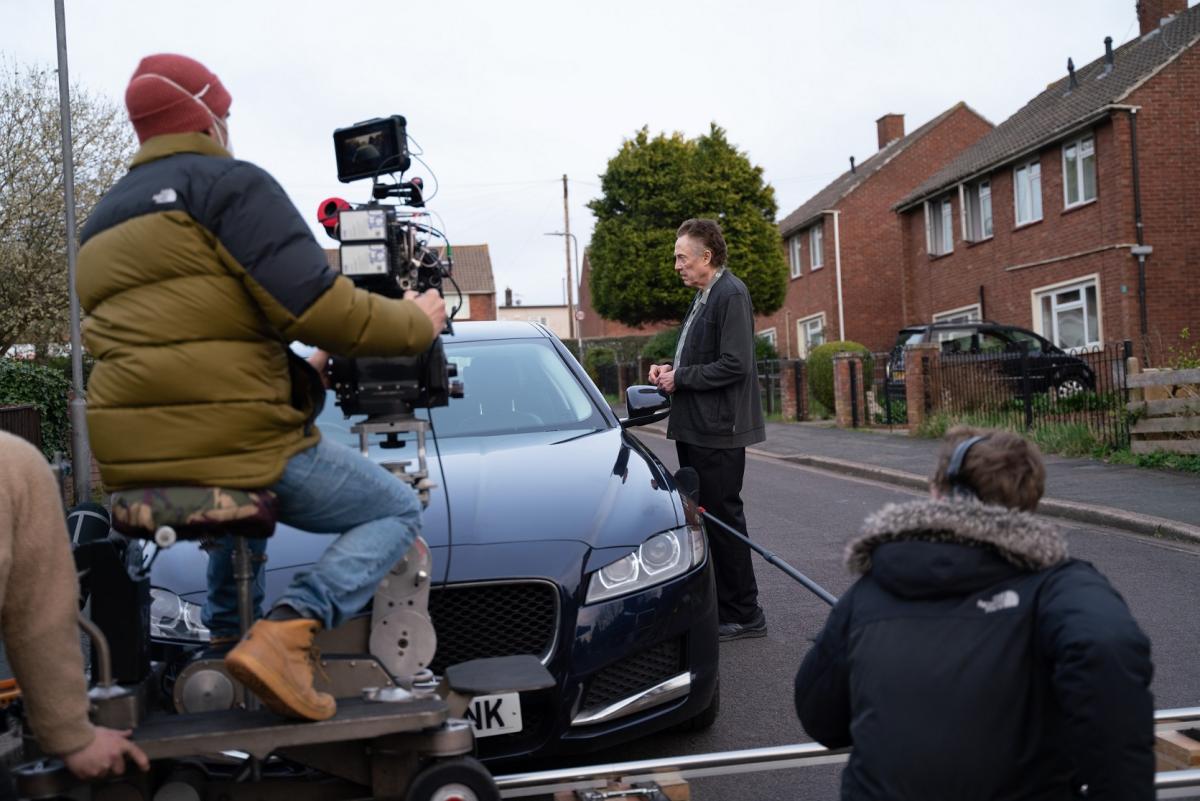 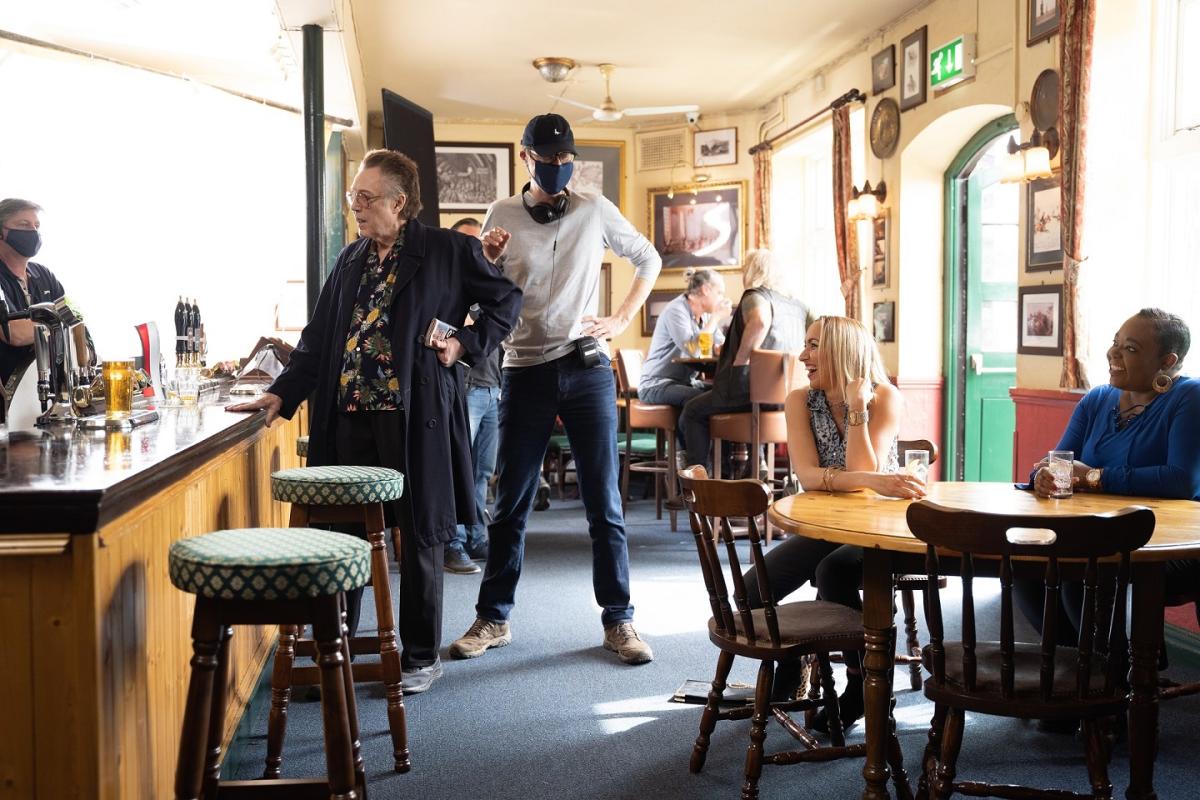 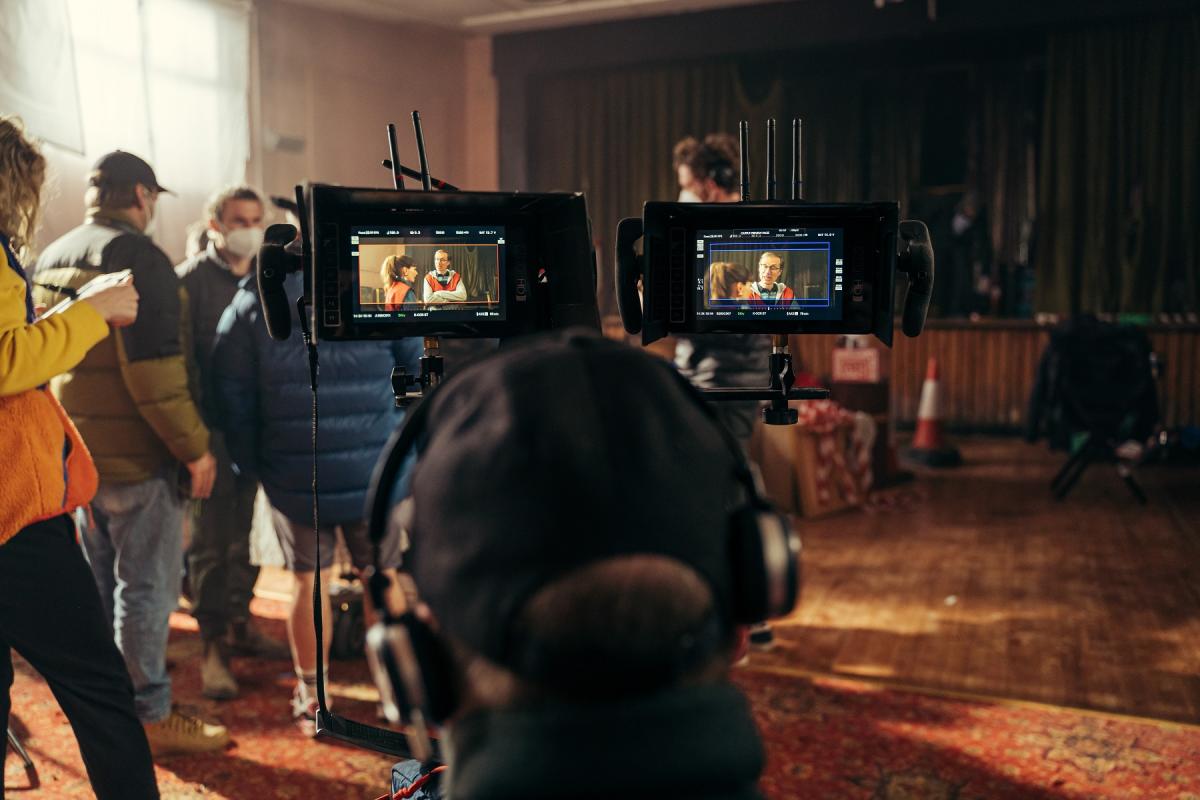 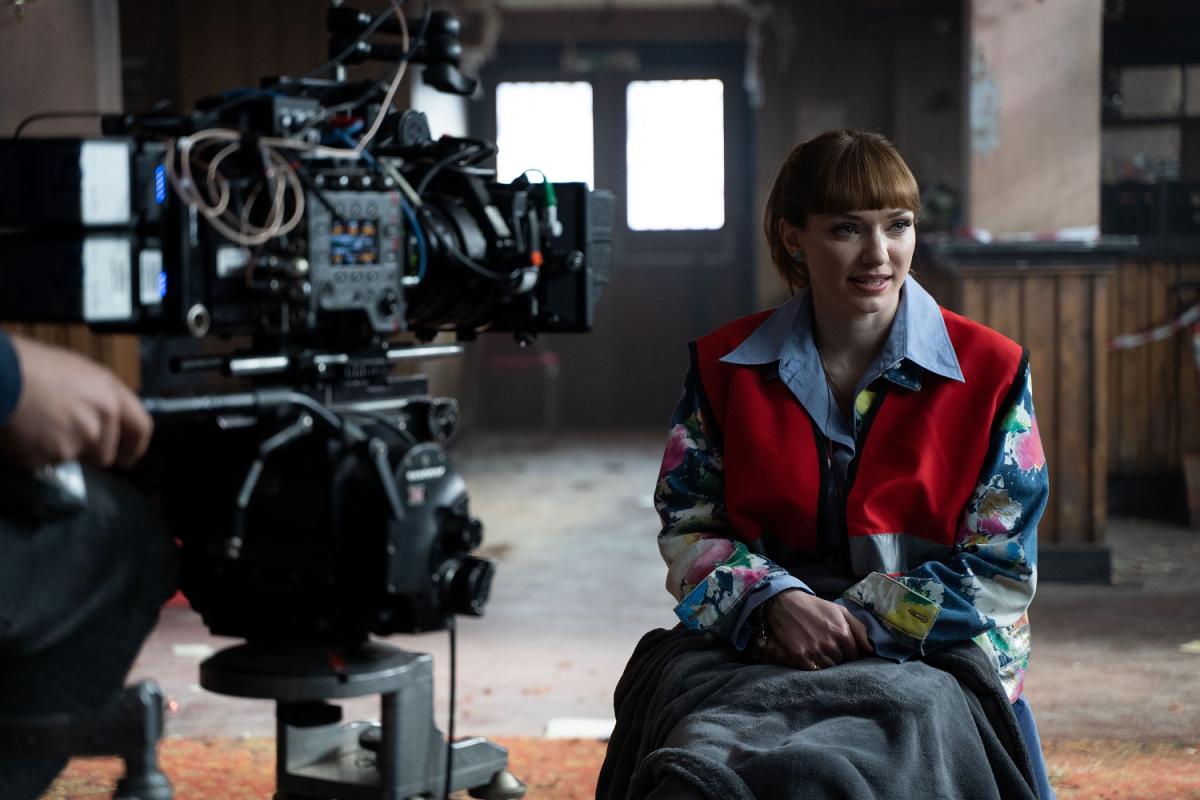 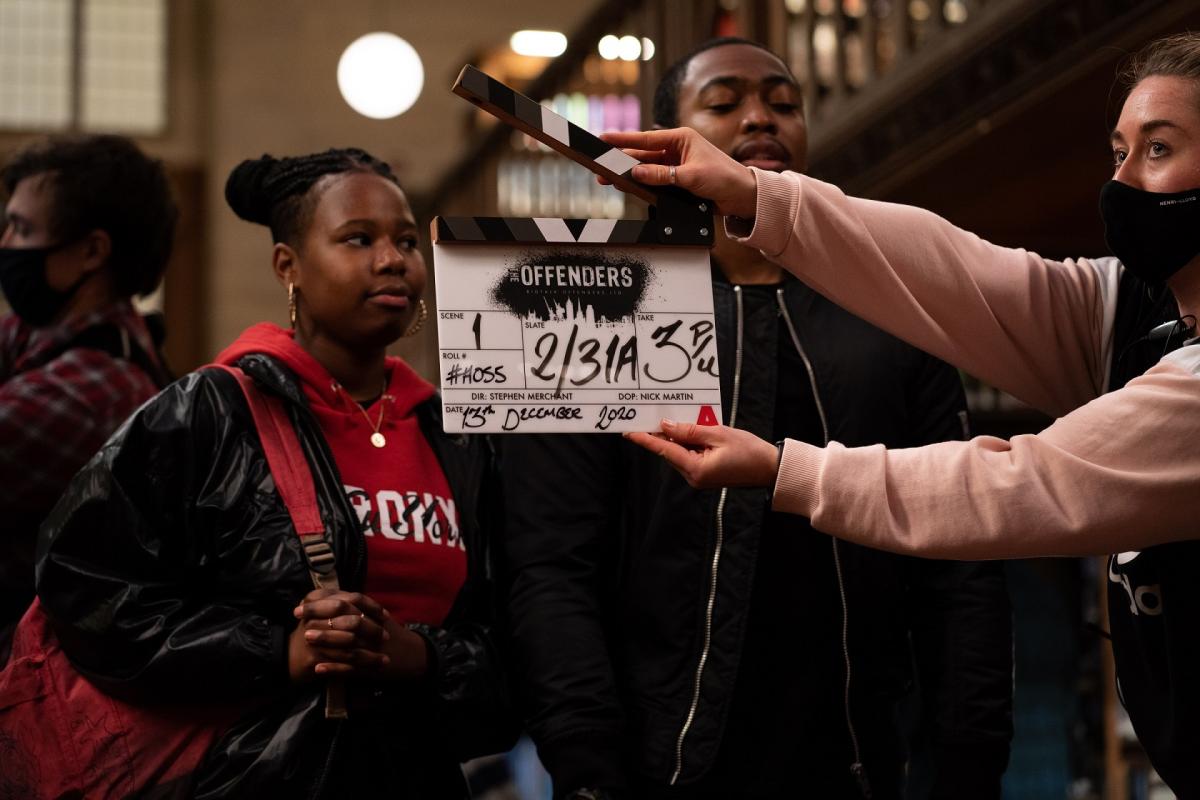 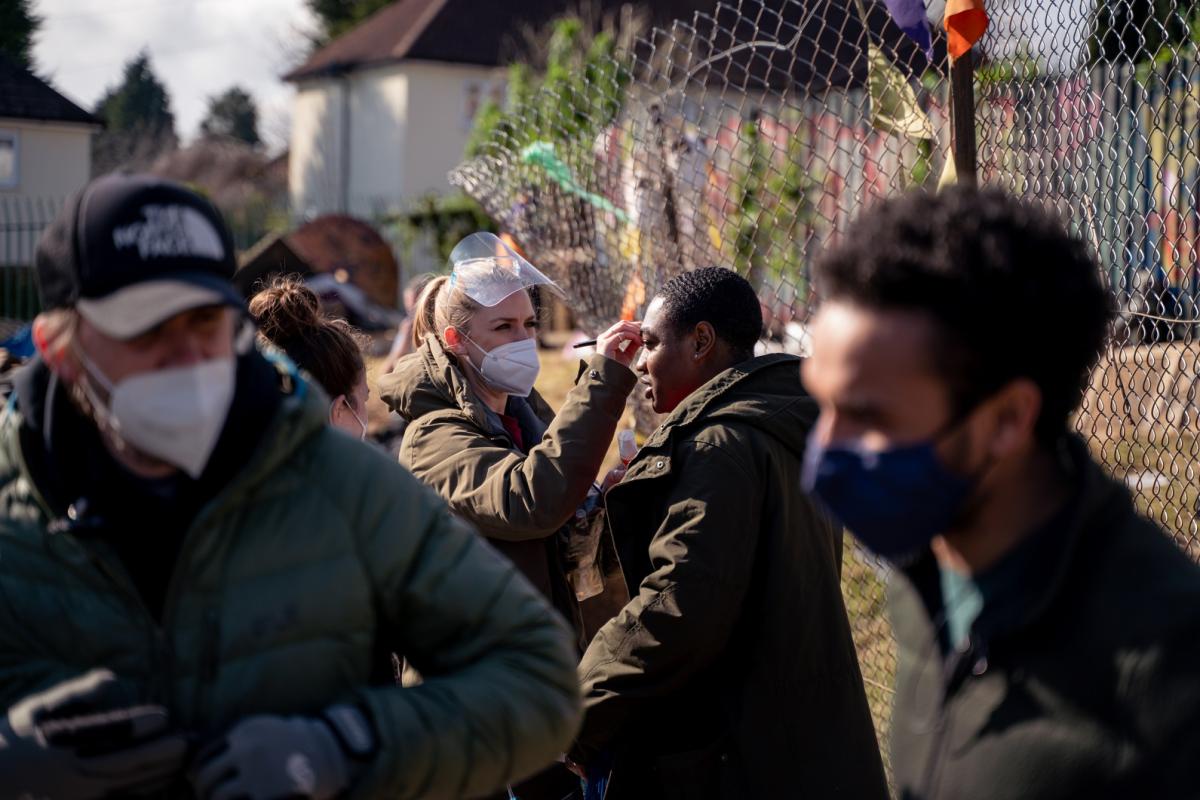 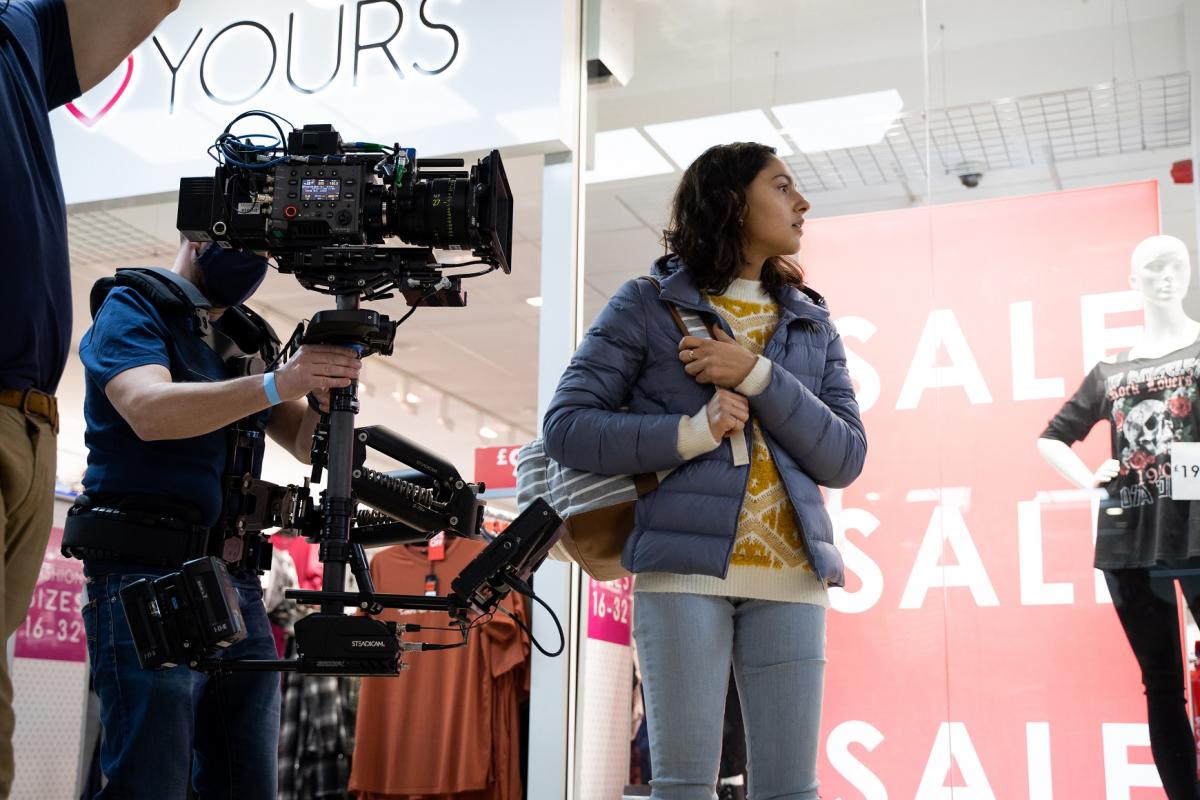 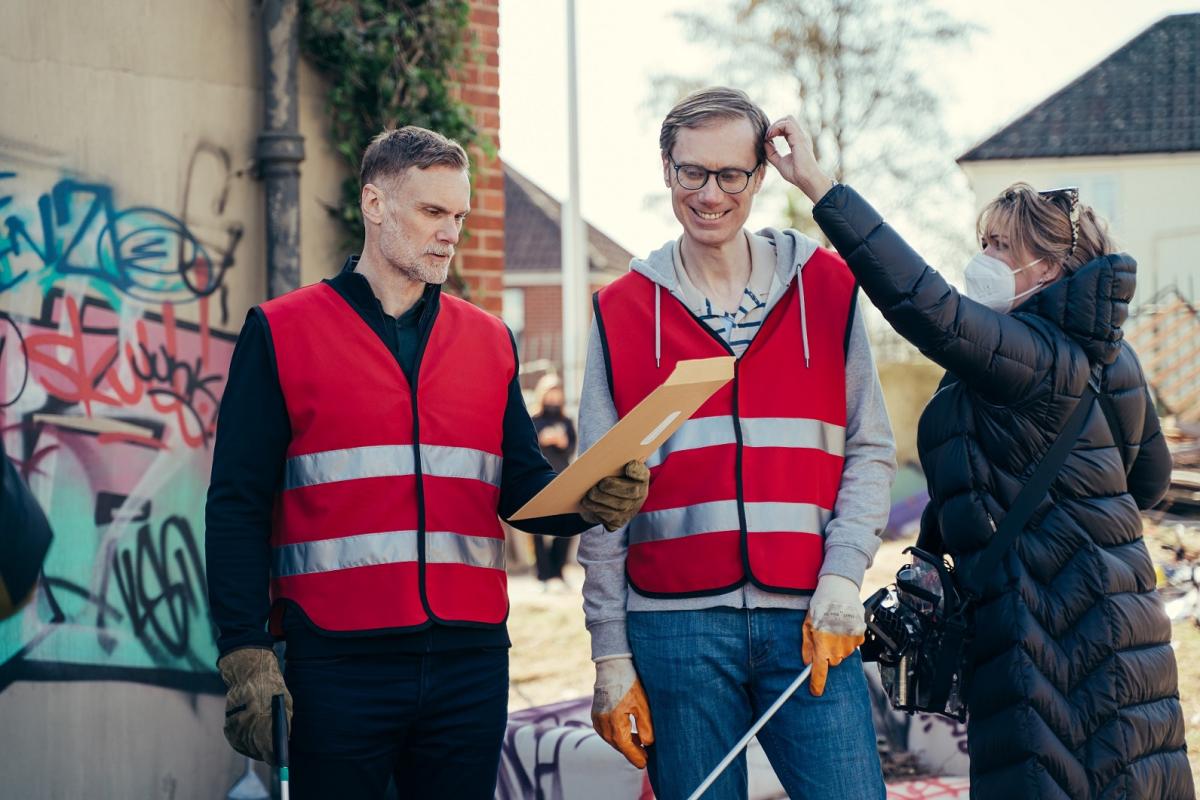 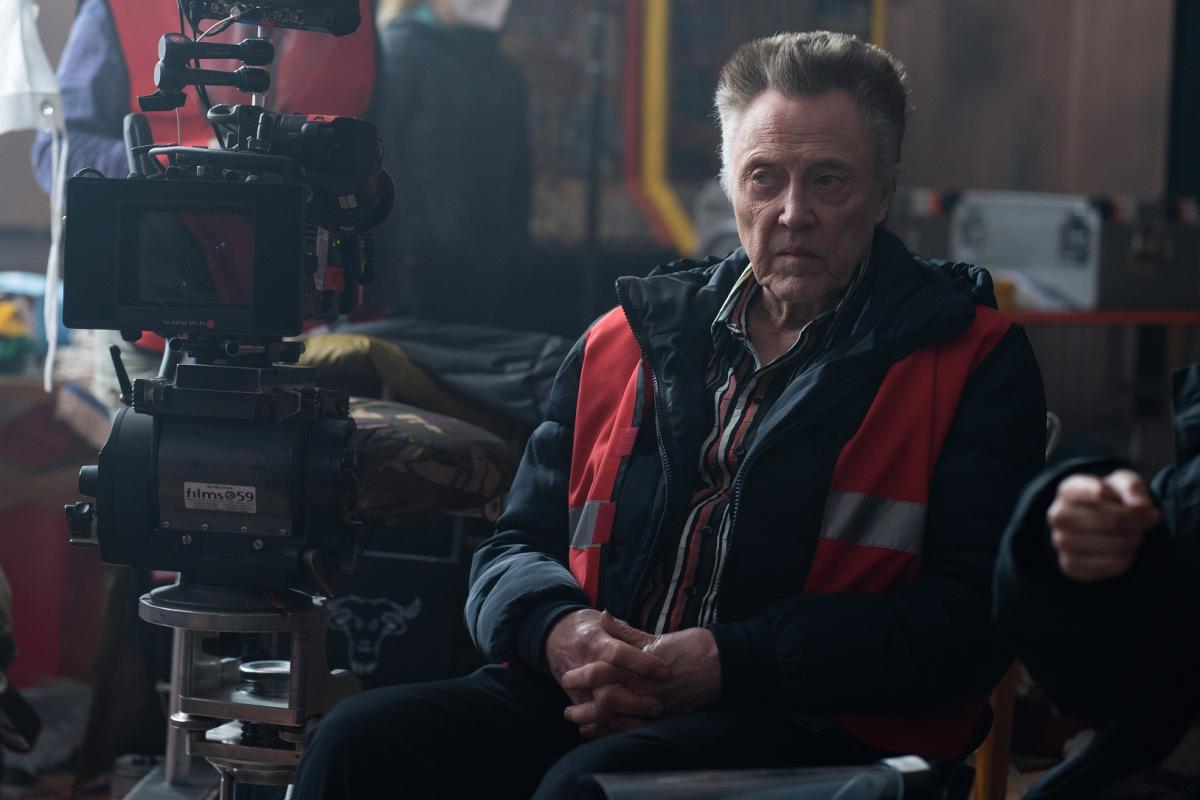 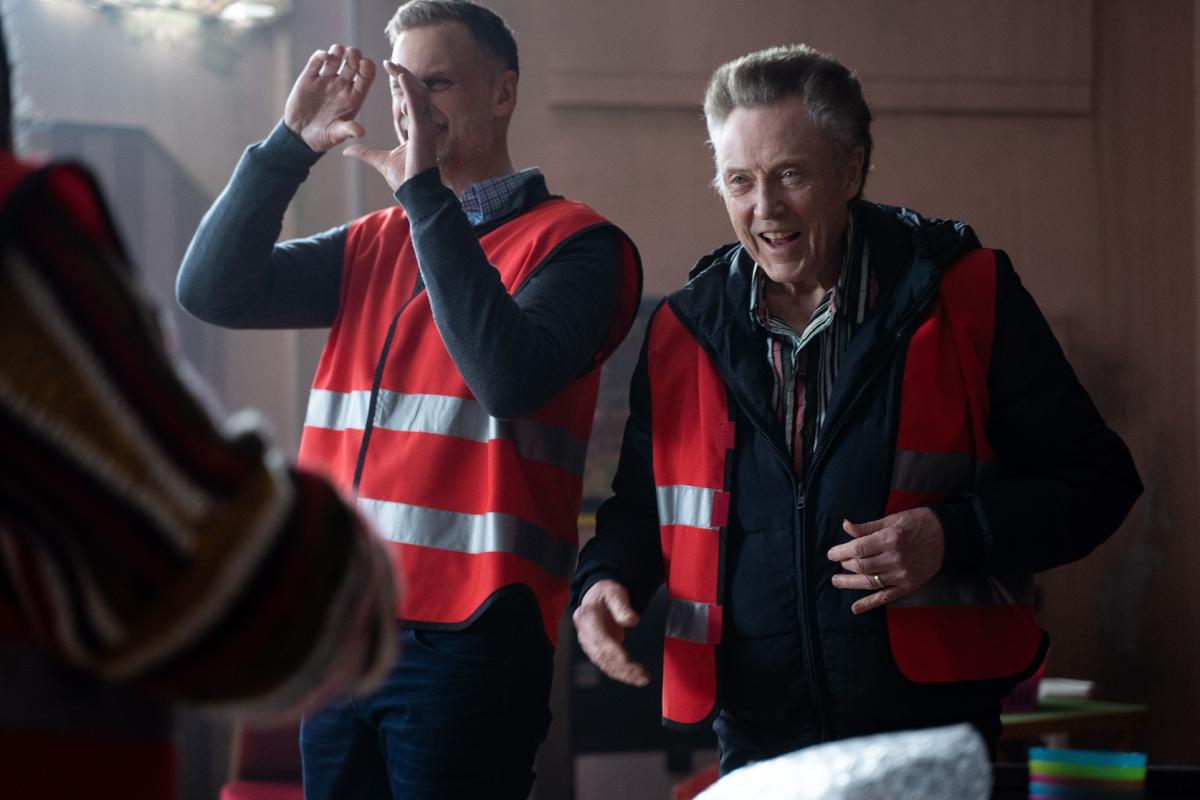 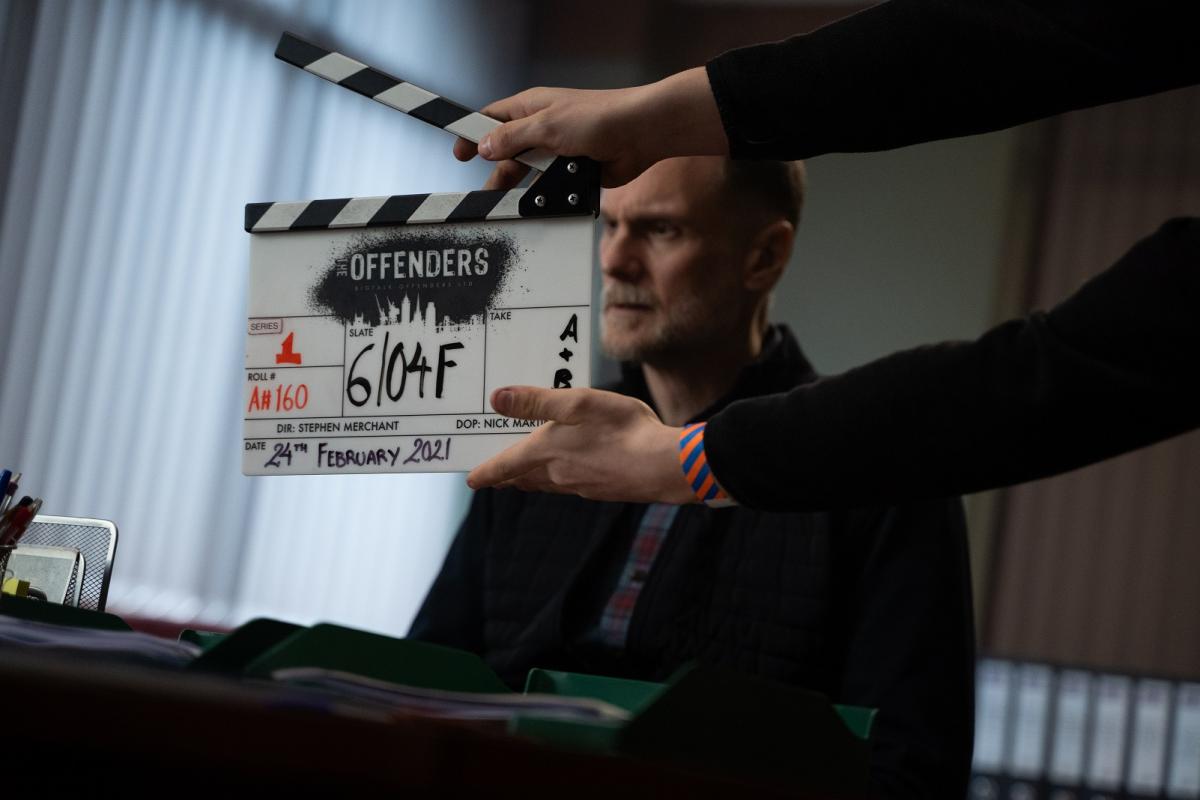 Stephen Merchant on filming in Bristol:
“Obviously, I know the city quite well, but I’d never worked here. It’s a very visual city, covered in graffiti (it’s where Banksy got started) and it has a real mix of people. You’ve got the gentrified Clifton neighbourhoods and the more inner-city urban bits, the Suspension bridge and the vast gorge. And yet it still hasn’t played itself on screen very often; it’s used mainly for period pieces or doubling as somewhere else. So it’s fun to try and make the city a character in the show.

“I know this is going to seem like a slightly fanciful comparison, but a number of people have said it to me independently: there’s some comparisons between Bristol and San Francisco. I don’t mean it has the grandeur and the glamour; but it’s on the water, it has the very striking bridge, it has the hills and the colour and a sort of bohemian, artsy side mixed with money and inner city drabness. The more people have come to Bristol, whether it’s American executives or otherwise, it’s turned out to be a comparison that’s not as absurd as it might seem on the surface. What’s always important to me – and we realised this with the success of The Office – is that often, the more specific you are, the more universal it becomes. When you’re trying to be too general and you live in a no man’s land people find it harder to dial in because they sense it seems inauthentic.”

Christoper Walken on filming in Bristol
“It’s a terrific place. It’s a university town. I live in Connecticut in America, which is rather close to Yale University, but there’s a theatre there that I’ve worked at many times when I was young. Bristol is very much like that. It’s a campus with lots of students walking around, but the Old Vic is here. I like it here very much. There’s a strong counterculture here. First time I was here there were riots, a lot of noise outside. Second time there was also a lot of noise outside, but I think it was on account of the soccer.”

Eleanor Tomlinson on filming in Bristol:
“Bristol is a fantastic city: a real hub of energy and excitement. And so much of this will resonate with the people who know the city well. It provides so much more than a backdrop: it’s one of the key characters.”

The Outlaws follows seven strangers from different walks of life forced together to complete a Community Payback sentence in Bristol. At first, they seem like archetypes we can easily pigeonhole, but gradually we see behind their façades, understand their hidden depths, and what made them the people they are today. We are reminded that no one is all good or all bad. Everyone has a story. As their unlikely new friendships intersect with their complicated private lives, The Outlaws must unite to protect one of their own from Bristol’s most dangerous criminal gang.

The Outlaws is directed by Stephen Merchant and John Butler (Papi Chulo). The producer is Nickie Sault (The Virtues, World on Fire). The series is a co-production between the BBC and Amazon Studios, and is produced by Big Talk with Stephen Merchant’s Four Eyes. Big Talk is part of ITV Studios. Global distribution is handled by BBC Studios.

The Outlaws begins on BBC One on Monday 25 October at 9pm.