Beginning on Channel 4 on Friday 21 June (8pm), Maze Master Richard Ayoade will once again lead a team of celebrities, through each zone of the Maze each week.

The 6’x60 series will see teams take on a host of skill, physical, mental and mystery challenges, in the hope of winning crystals that can be exchanged for time in the iconic Crystal Dome. Celebrities will once again aim to win a prize sum for Stand Up To Cancer.

For this new series, it’s goodbye to the Medieval Zone and hello to the new Eastern Zone, influenced by the historic art, architecture and monuments of East Asia. There’s also the added pressure of the new Mega Crystal option – a chance to supersize one crystal that, if won, could give contestants double the time of a regular crystal. 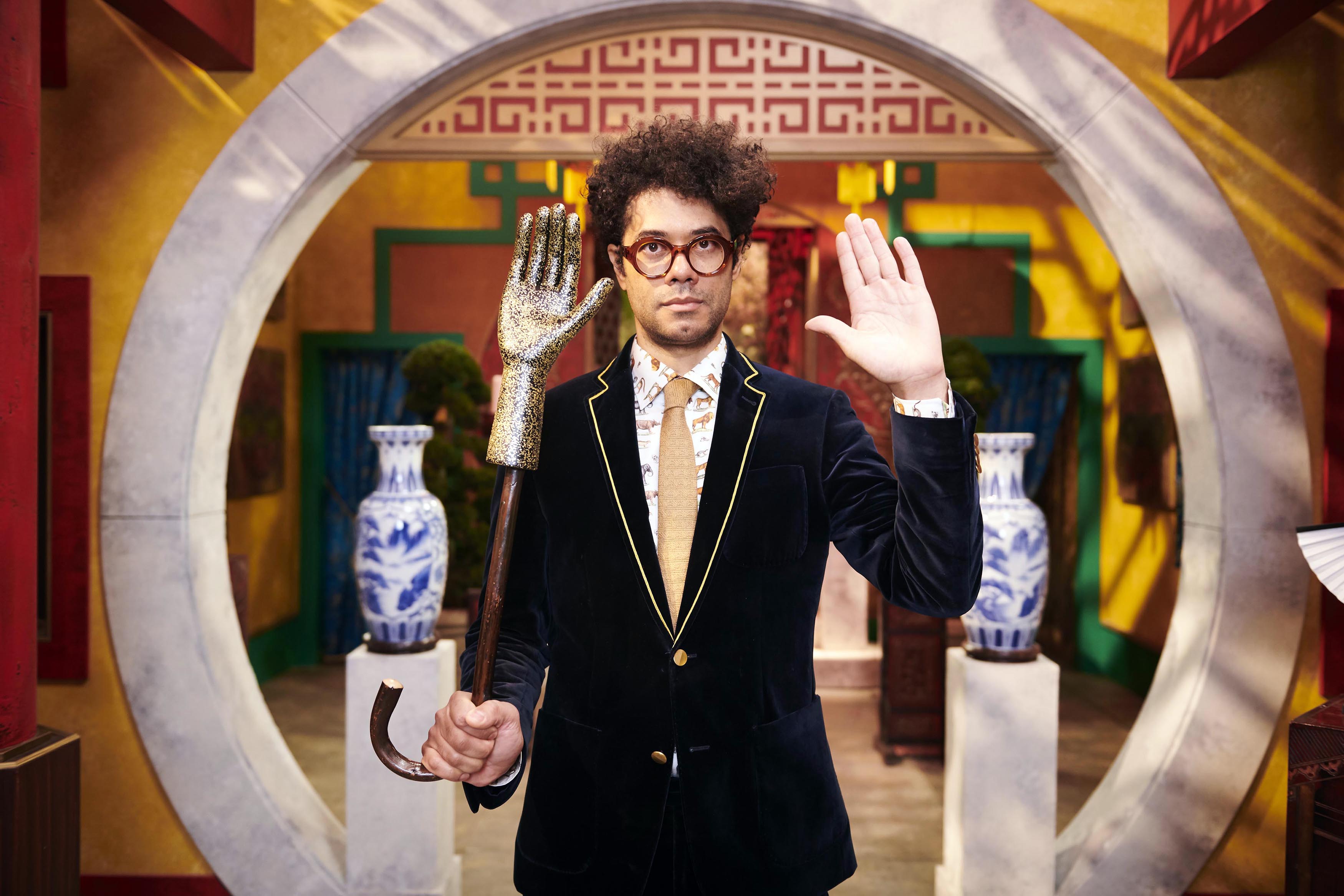 Leading the pack of celebrities that are set to tackle the new challenges of the maze is TV star Gemma Collins, along with TV presenter Carol Vorderman; comedian Ellie Taylor; reality TV star James “Arg” Argent and broadcaster and writer Rick Edwards (pictured above).

Here are the other celebrity teams to look forward to in the coming weeks:

The purpose-built Crystal Maze set at The Bottle Yard Studios spans over 30,000 square feet. It was created by original Maze designer James Dillon in 2017, when the first series of the rebooted game show was made. The Crystal Maze is a Fizz production, part of the Banijay Group. The executive producer for Fizz is Neale Simpson.

Last week Nickelodeon confirmed that it will be bringing The Crystal Maze to American audiences in an all-new U.S. version, co-produced by Bunim/Murray Productions and RDF Television, all under the Banijay Group. Casting is underway on the 10 x 60″ series which begins production at The Bottle Yard Studios this summer.