Filming began on the 15 episodes on 10th February 2020, only to be brought to a sudden halt when the first lockdown came into force in March, bringing productions at The Bottle Yard Studios and around the country to a standstill. After a short interval where the Studios and individual production teams worked to implement a wide range of Covid safety protocols, Andy’s Aquatic Adventures was the first title to resume production at the Studio in July 2020, marking an important moment for Bristol production.

Series Producer Mark Jones says: “Almost a year ago to the day we were back at The Bottle Yard starting our second block of filming; little did we know what lay ahead. It was a turbulent year, but our team overcame numerous challenges, solved countless problems and got us filming again on the 80 ft greenscreen, in line with broadcaster guidance on Covid-safety and the Studio’s protocols. I’m proud to say that with the help of footage from the magnificent Blue Planet II archive, engaging scripts and editing, superb cinematography and out of this world VFX, we’ve undoubtedly created some of Andy’s best adventures ever – even with the odds stacked against us.”

Changes put in place included a stripped back crew, in which Mark Jones served as Series Producer, Director, Assistant Director and Script Supervisor. Front man Andy Day, CBeebies’ longest running and much-loved presenter, was required to apply his own make up after video tutorials. Use of PPE social distancing was mandatory, with output viewed on individual monitors.

Laura Aviles, Senior Bristol Film Manager, says: “It’s a significant moment to witness the launch of the new series of Andy’s Aquatic Adventures. The Bottle Yard team put so much work into getting the right safety protocols in place for the Studios to be granted ‘Covid-secure’ status that made it possible for productions to restart. Mark and his team were faultlessly professional and resourceful throughout and when their cameras were the first in the Studios to start rolling again, it was a really positive, landmark moment.”

In this new series, Andy comes face to face with turtles, polar bears and fascinating fish from all over the world in his incredible Safari Sub. To achieve some of the water-based sequences, the production team constructed their own green screen pool in The Bottle Yard’s Studio 2, to simulate Andy floating on the surface of the water. 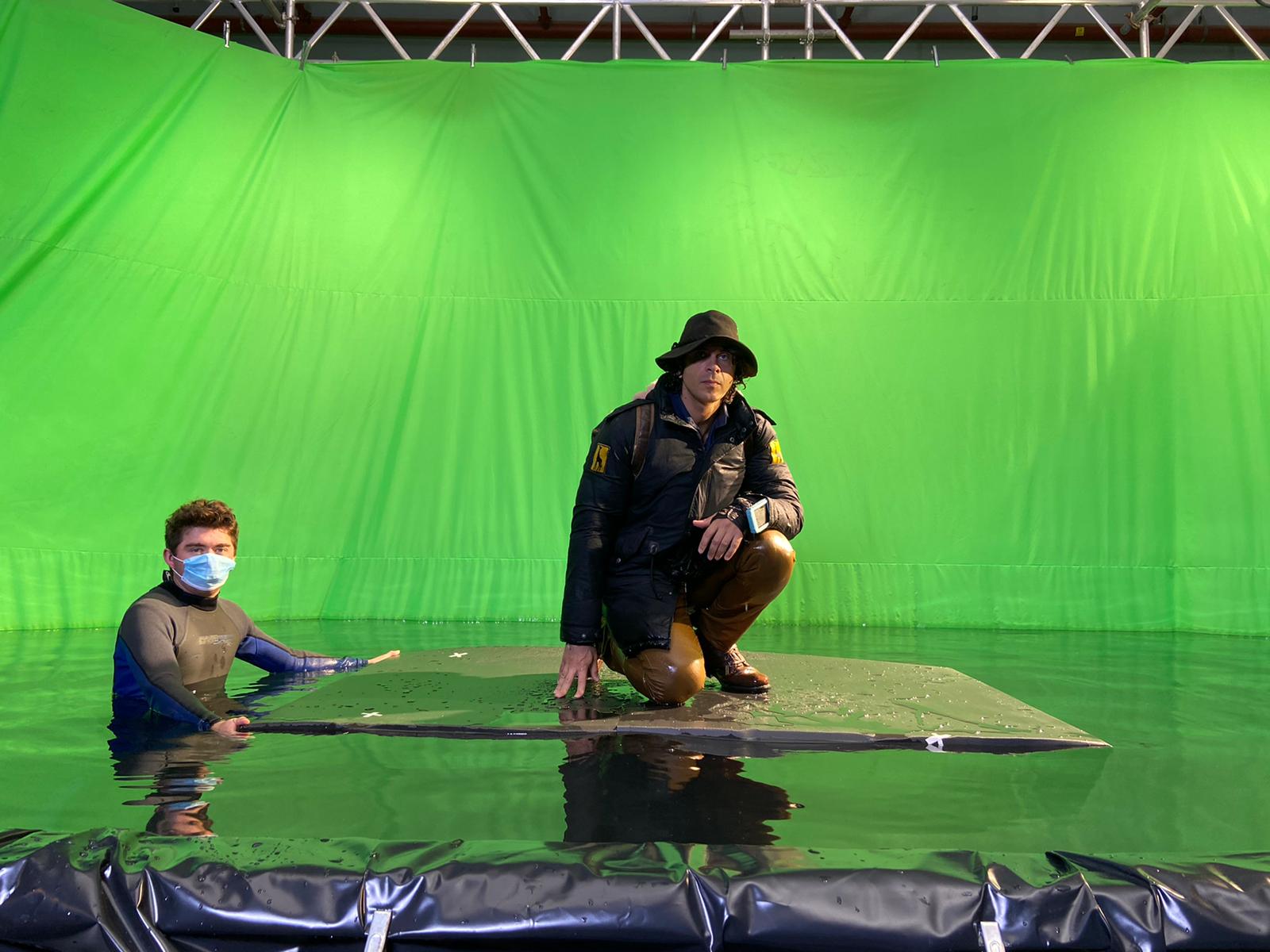 Andy’s Aquatic Adventures is a co-commission from CBeebies in the UK and BBC Sales & Distribution for the international CBeebies channels. It is available to watch from Monday 15 February, every weekday CBeebies at 4.30pm and on BBC iPlayer.