Showtrial, a brand new Sunday night BBC One drama set in Bristol made by the producers of Vigil and Line of Duty, begins on 31st October after filming in the city earlier this year.

The production team behind the gripping new drama made by World Productions (Vigil, Line Of Duty, Bodyguard) based production offices and prop stores at The Bottle Yard Studios, beginning pre-production for the five part series in January 2021. Filming took place on location with support from Bristol Film Office between March and June 2021.

Showtrial Producer Christopher Hall says: “Showtrial was shot in its entirety in and around Bristol. We benefitted from the huge variety of available locations in and in close proximity to this very photogenic city. Bristol is extremely film friendly; terrific crews, a great production base at The Bottle Yard Studios, a thriving technical and creative community and easy access to a wide range of locations. It is no wonder that so many productions are finding their way to Bristol. I for one want to return as soon as possible.”

Laura Aviles, Senior Bristol Film Manager responsible for The Bottle Yard Studios and Bristol Film Office says: “It was a pleasure to support World Productions during the making of this compelling new drama earlier this year. Given the company’s impressive track record in delivering drama sensations like Vigil and Line of Duty, we expect Showtrial to be an extremely gripping watch set against Bristol’s visually striking backdrop. Bristol continues to attract the highest calibre of High-End TV dramas like this to its studio facilities at The Bottle Yard and versatile locations supported by our specialist Film Office team.” 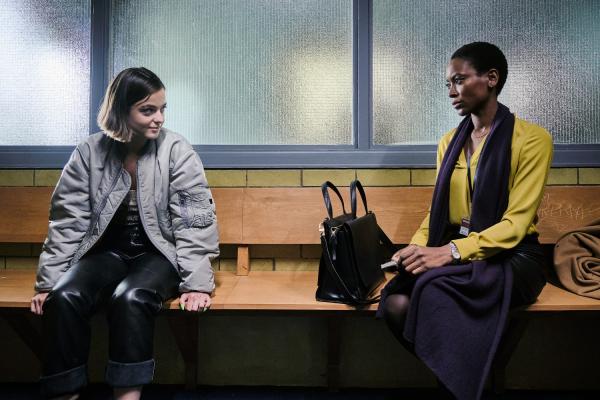 Showtrial is a five-part drama written by Ben Richards (Cobra, The Tunnel, Strike) and directed by Zara Hayes (Poms, Dian Fossey: Secrets In The Mist) which explores how prejudice, politics and the media distort the legal process, in a timely drama full of dark humour.

When Talitha Campbell (Celine Buckens), the estranged daughter of a wealthy property developer, is charged with conspiring to murder a fellow university student, the trial that follows places victim and accused – and their families – in the eye of a media storm. Into that storm enters Cleo Roberts (Tracy Ifeachor), the duty solicitor on the night of Talitha’s arrest. Refusing her father’s help, Talitha wants Cleo to lead her defence against a prosecution that is weaponising Talitha’s gender and social privilege against her. From arrest to verdict, Cleo and the defence team vie with the prosecution to convince us of the truth about Talitha: damaged scapegoat? Or cold-blooded killer?

Showtrial begins at 9pm on Sunday 31st October on BBC One and BBCiPlayer.