We’re proud to reveal that The Bottle Yard Studios has been the top-secret painting headquarters for this year’s Gromit Unleashed 2 trail!

For six months from January, the large majority of Gromits, Wallaces and Feathers McGraws were stored in our Tank House 3, where the trail’s artists worked their creative magic in total privacy.

Lauren Howard, Brand Manager at The Grand Appeal says: “Finding a location for our sculptures and artists is certainly one of the bigger challenges we faced when planning Gromit Unleashed 2; it has to be accessible, secure but also big enough to house so many of our sculptures! The Bottle Yard Studios was such a fitting location as a creative force in the region, and we are incredibly grateful for all their support.”

Fiona Francombe, Site Director of The Bottle Yard Studios says “We’re no stranger to top secret productions but this was definitely one of hardest to keep under wraps! It’s been the most delightful honour to have supported The Grand Appeal. Their trail does an amazing job raising funds for Bristol Children’s Hospital whilst giving Bristol families the most enjoyable Summer activity, we didn’t hesitate to offer space when we knew it was needed.

“Seeing the unadorned sculptures arrive and witnessing their transformation as each artist came in to work on them was truly magical. We were sad to see them leave but very proud to be have been made an in-kind sponsor of ‘The Brystal Maze’ Gromit near the Studios on Hengrove Promenade.”

View our gallery and go behind the scenes of the painting process: 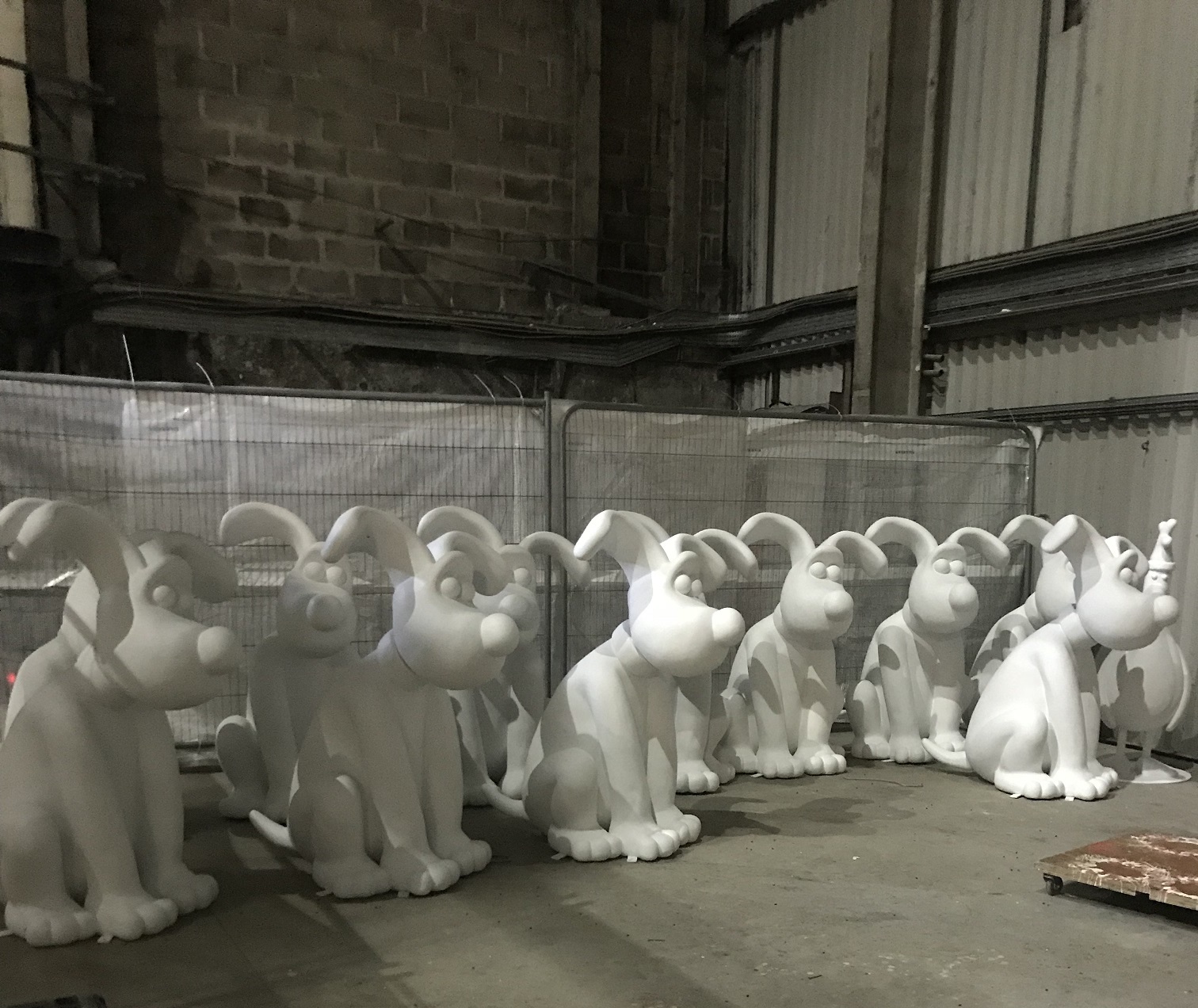 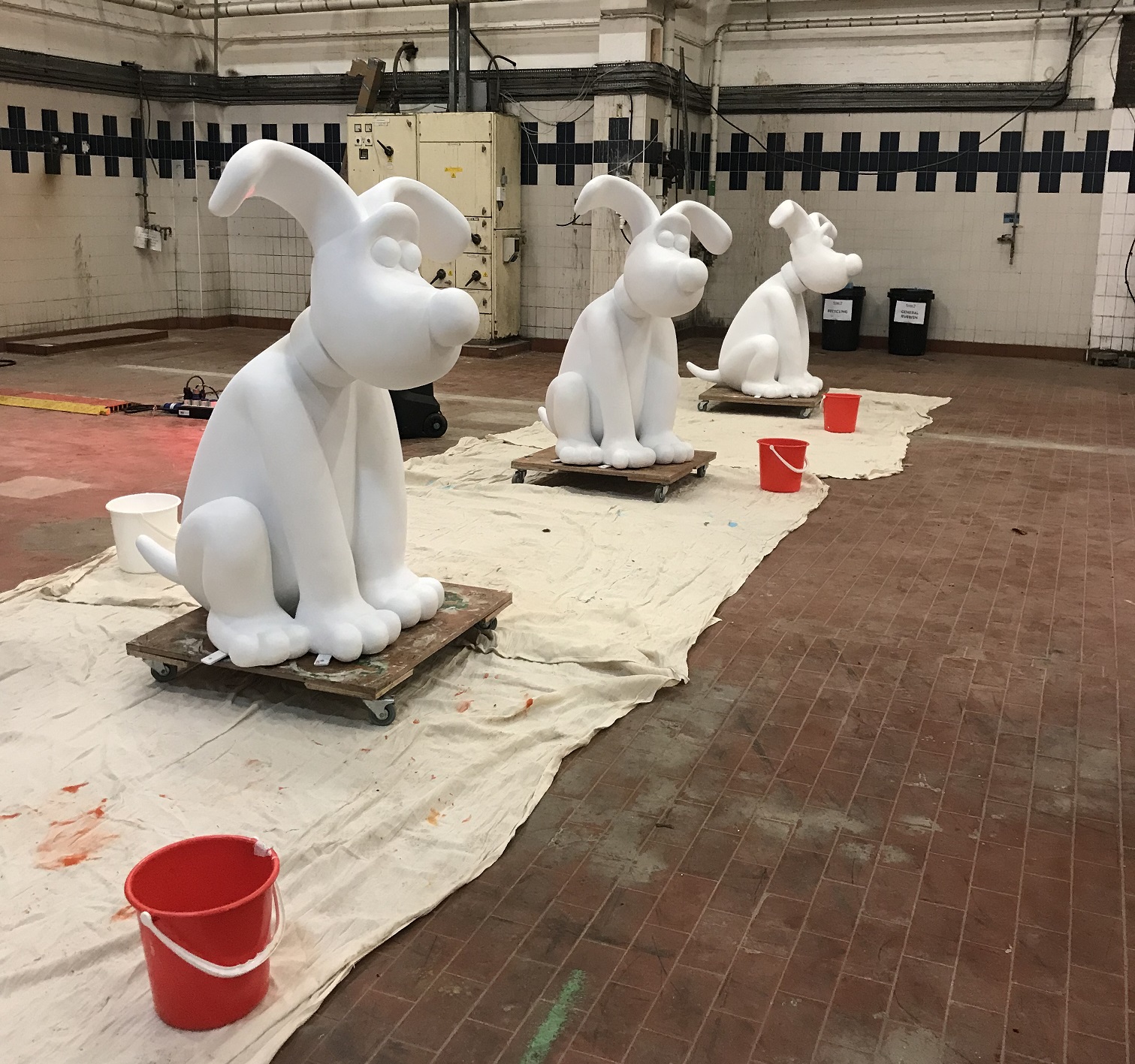 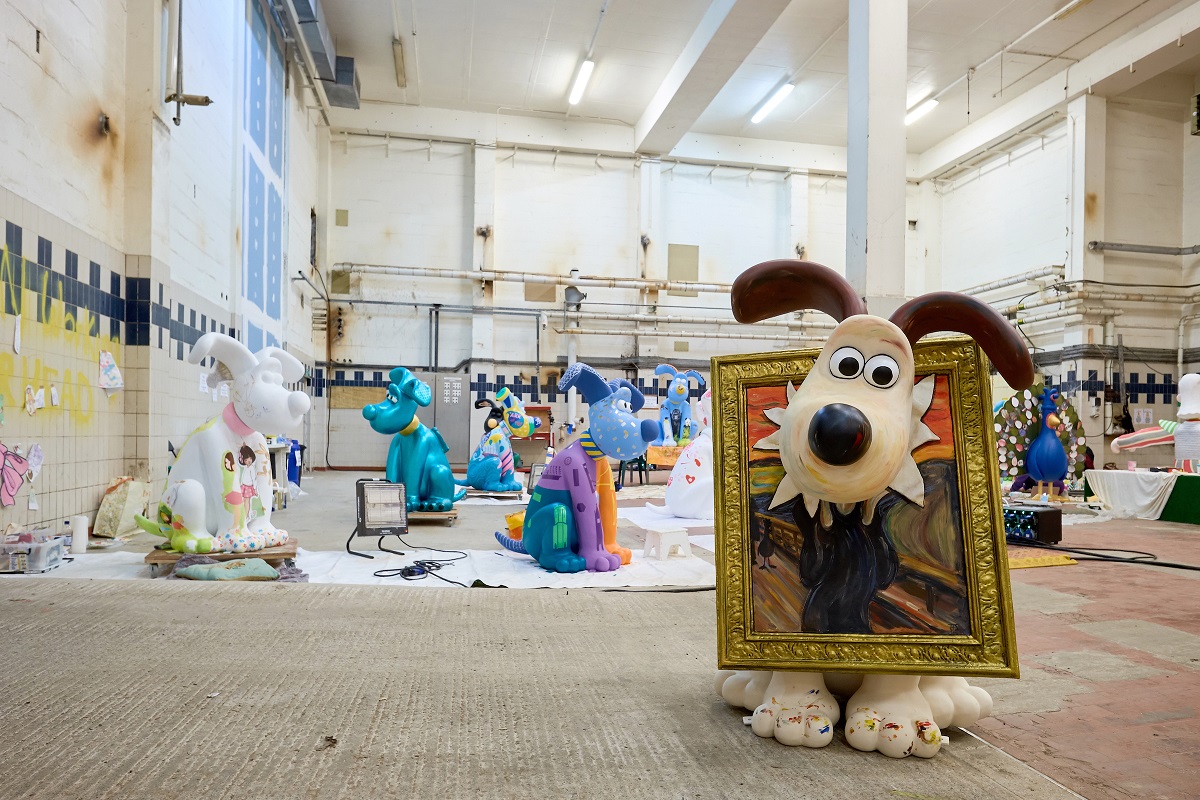 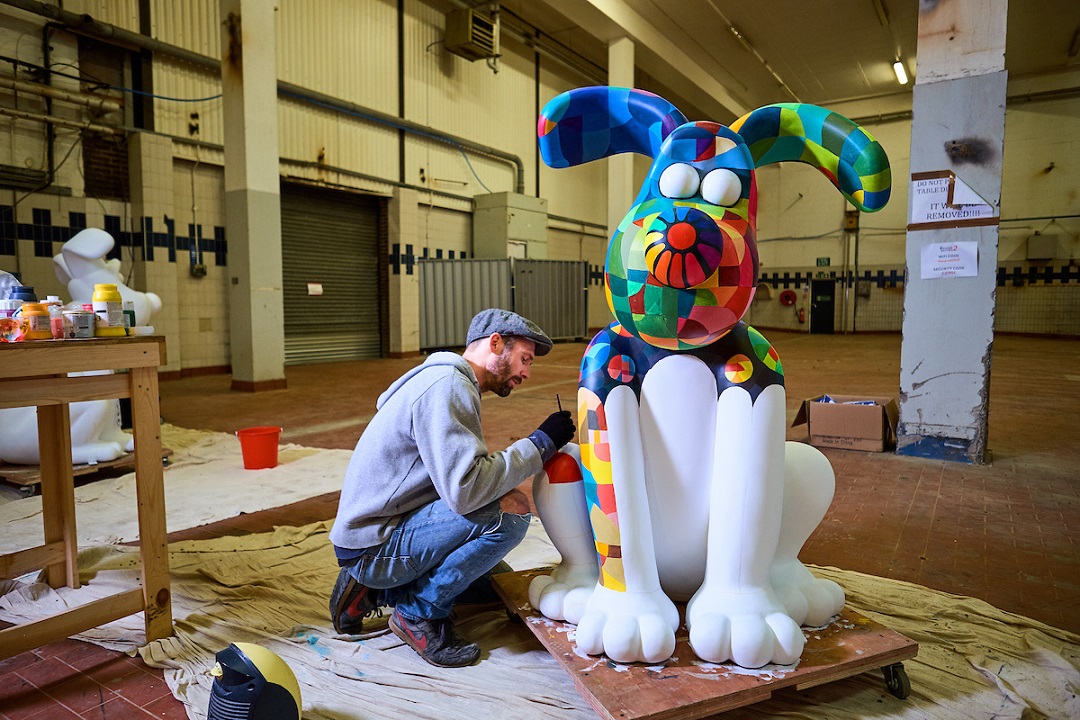 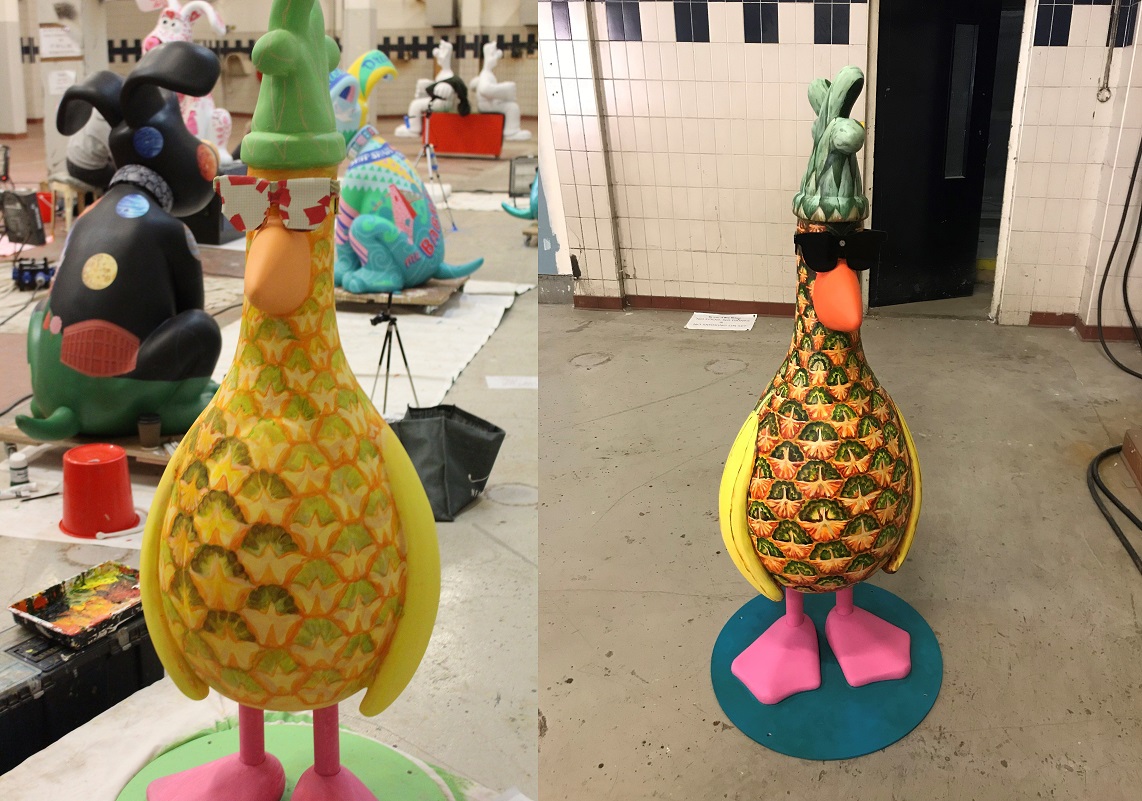 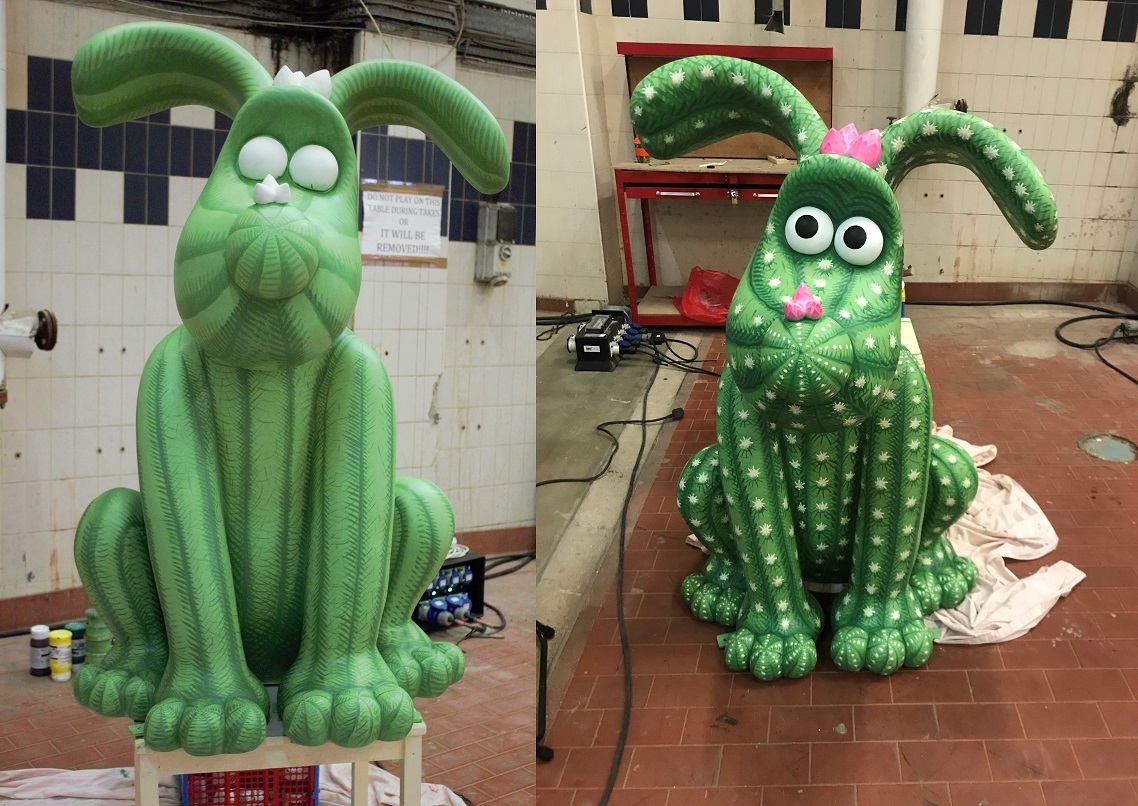 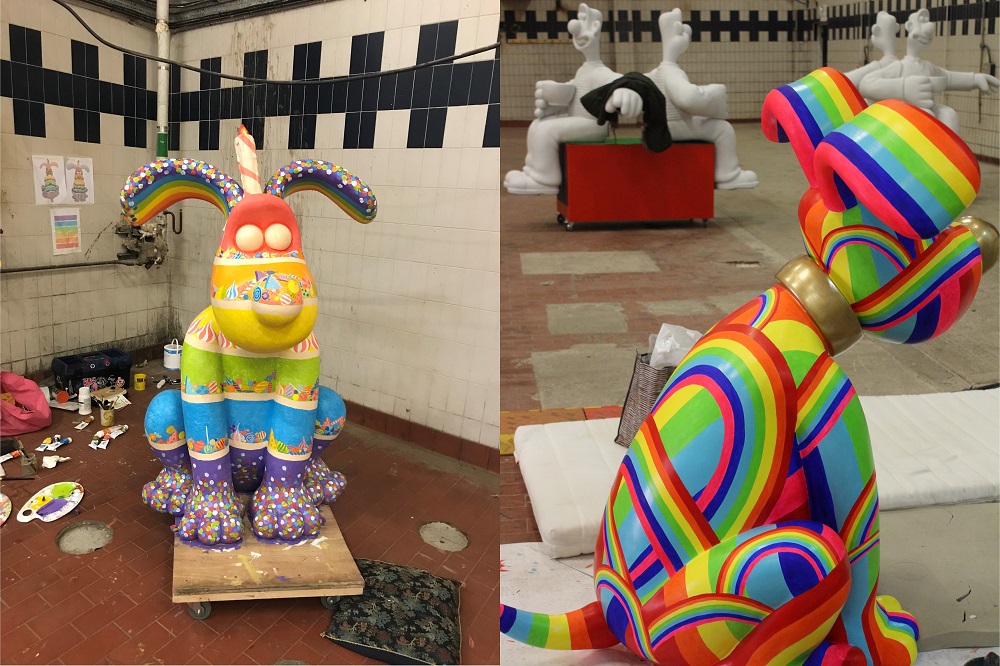 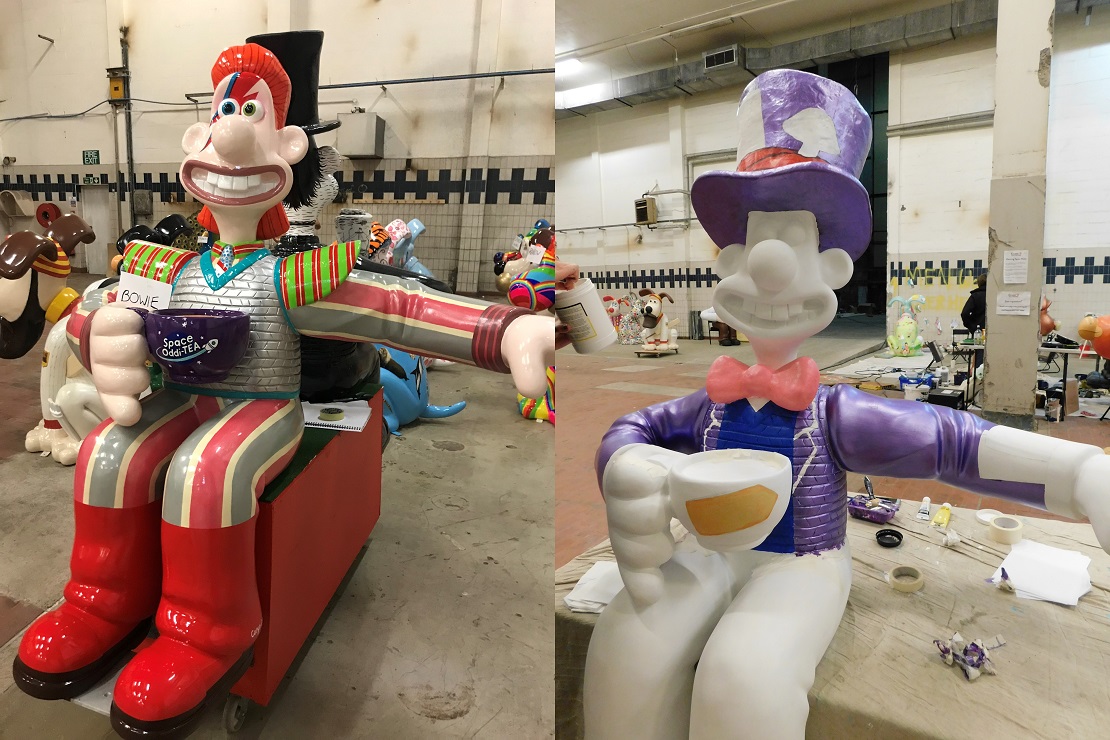 HRH the Duke of Kent made a private royal visit to the sculpture collection on 17 May during his official tour of The Bottle Yard Studios, during which he met with The Grand Appeal team and even tried his hand at painting a Gromit. 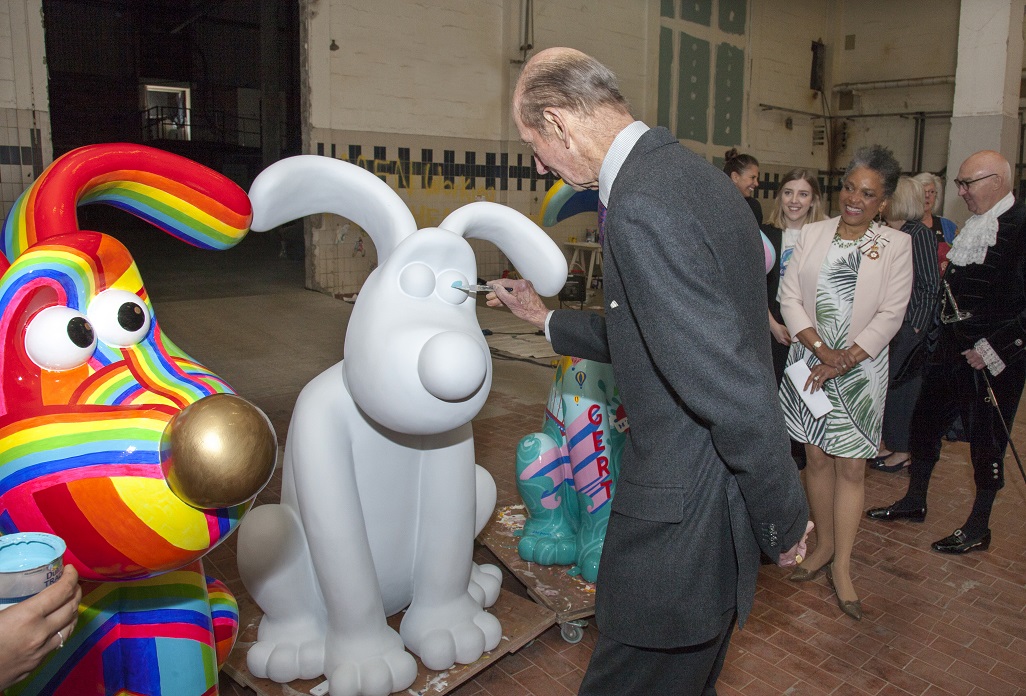 HRH the Duke of Kent paints a Gromit 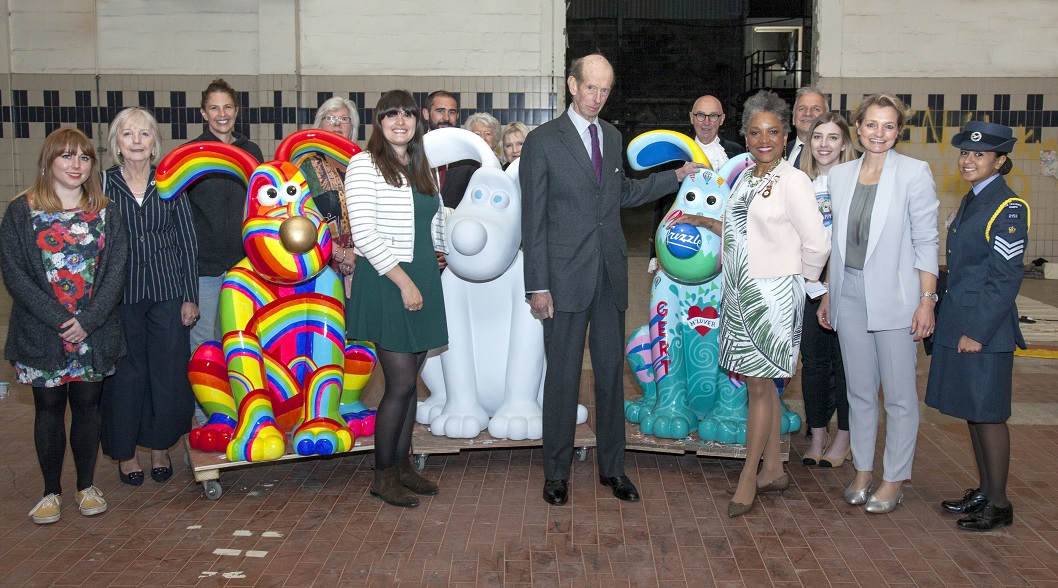 In June, The Grand Appeal revealed its collaboration with iconic British game show The Crystal Maze (which is made at The Bottle Yard Studios by Fizz, a Banijay Group company), unveiling the exclusively designed ‘The Brystal Maze’ Gromit, signed by show host Richard Ayoade. 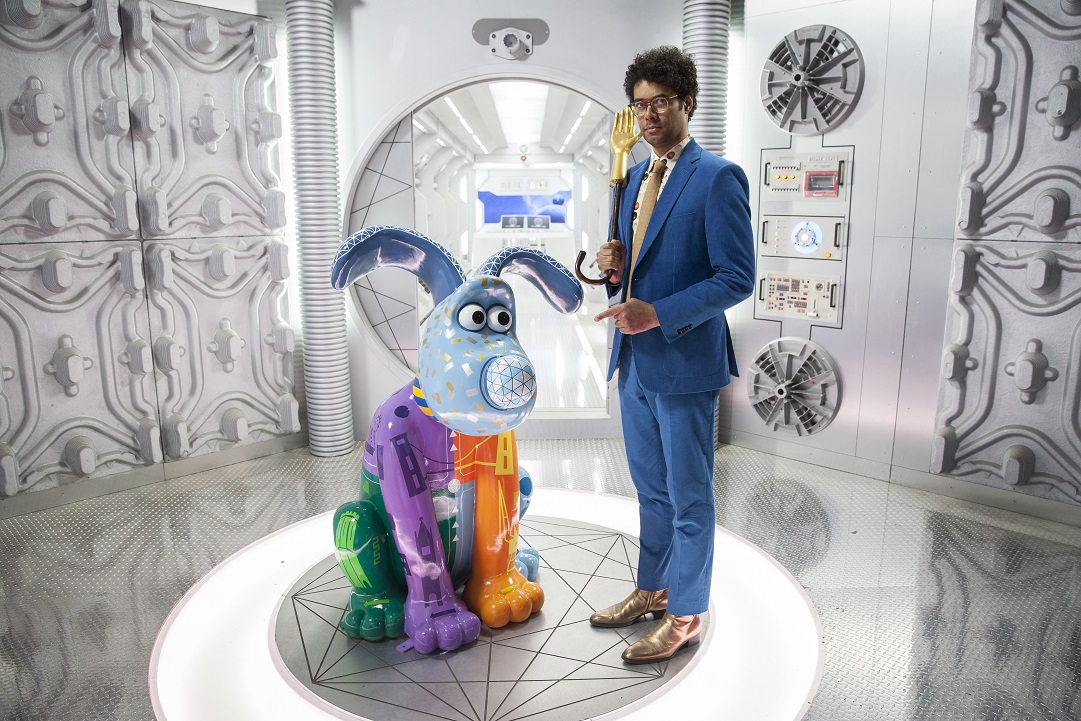 The Gromit Unleashed 2 charity arts trail began on 2 July and will run until 2 September. In total, 67 uniquely designed sculptures of Wallace, Gromit and Feathers McGraw can be found on the streets of Bristol to raise money for Bristol Children’s Hospital. The charity’s Detect-o-Gromit 2 app is available to help trail fans locate sculptures and unlock special trophies; with a printed map also available at the Gromit Unleashed shop at the Mall at Cribbs Causeway and other selected locations.

The Grand Appeal has collaborated with a host of other brands, famous film directors, movie producers and film studios to put their own spin on the Aardman characters. Among the sculptures are an official Minions Feathers McGraw sculpture ‘One in a Minion’, a ‘Marshall’ PAW Patrol Gromit sculpture and a ‘Space Oddi-tea’ Wallace sculpture, sporting his best fancy dress inspired by a musical icon. LEGO, Pixar Animation Studios, DreamWorks, Chitty Chitty Bang Bang, Wes Anderson Swallows & Amazons and Star Trek have all teamed up to make this year’s trail the biggest and best ever.

A collection of miniature sculptures of Feathers McGraw specially designed by school children from Bristol and beyond, will be on display in a free exhibition at the Gromit Unleashed shop at The Mall at Cribbs Causeway for the duration of the trail, where a range of exclusive trail merchandise can also be found. At the end of the trail, all 67 sculptures will be displayed in a grand trail exhibition, The Greatest Dog Show on Earth 2, at The Mall at Cribbs Causeway from September 15-30. They will then be auctioned under the wings of Concorde at Aerospace Bristol in October to raise money for The Grand Appeal.