Dodger returns with 2 of 3 new specials filmed in Bristol

Filming for the three special episodes took place between July to September. Extensive sets were built at The Bottle Yard Studios including Fagin’s lair, Bill Sykes’s hovel, the notorious ‘Fiddlers Arms’ pub, a toymaker’s shop, street exteriors, police cells and even a Victorian No 10 Downing Street banqueting hall. For the first special, ‘Train’, filming took place on location at Parkend railway station on the Dean Forest Railway line in Gloucestershire, whilst interiors for a train tunnel and carriage were also created in the Studios’ vast Tank Houses 1 and 4. 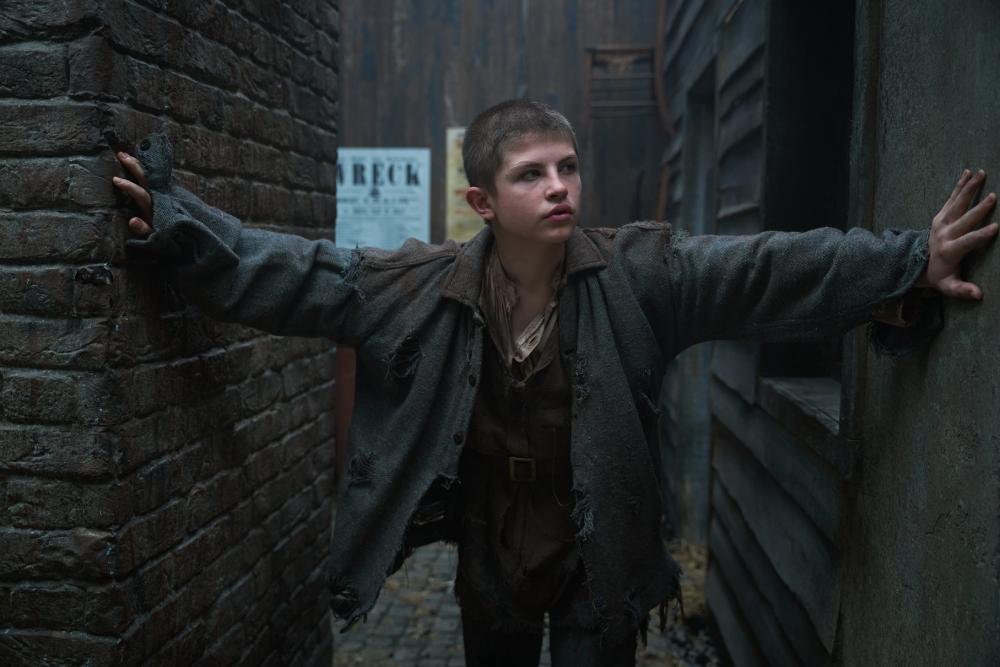 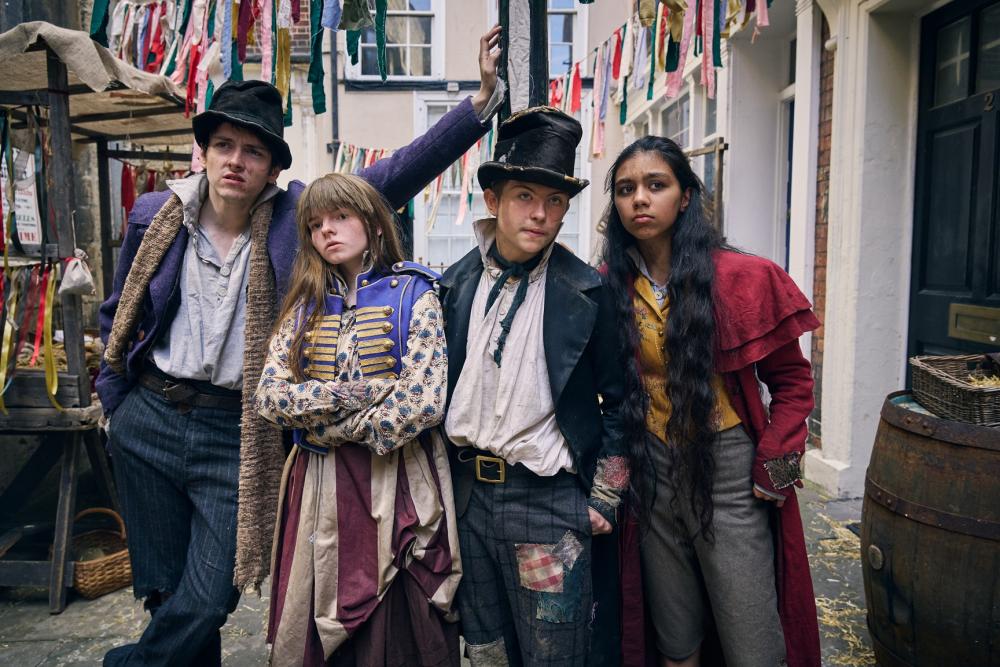 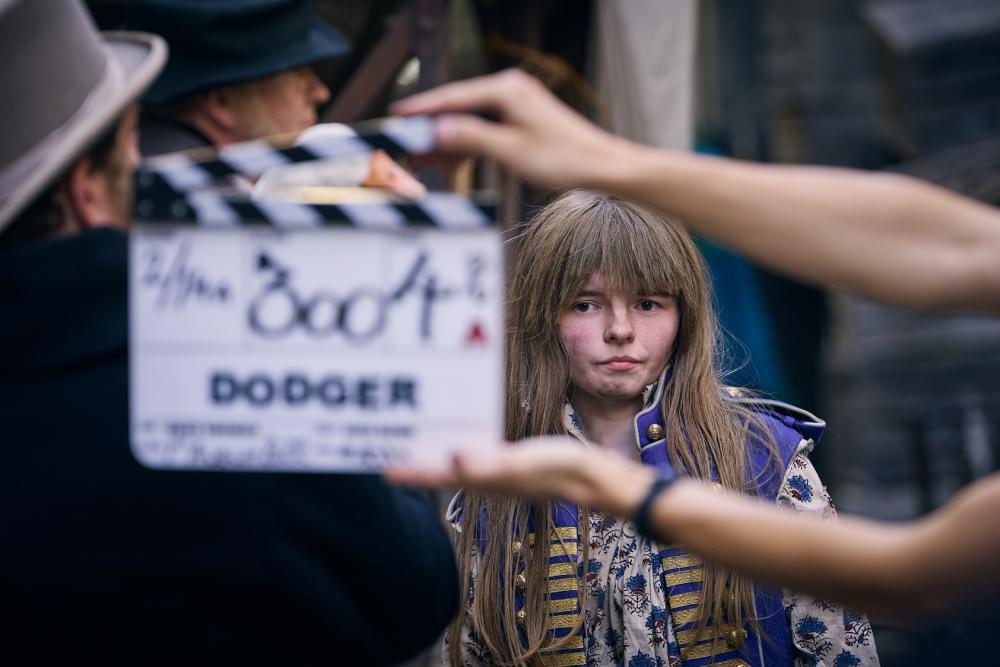 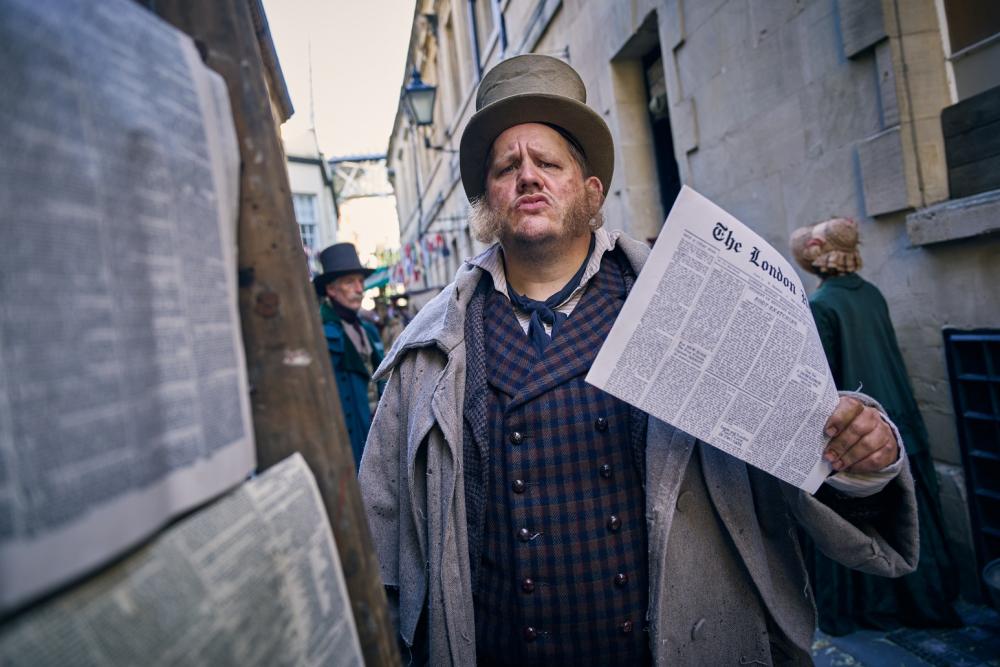 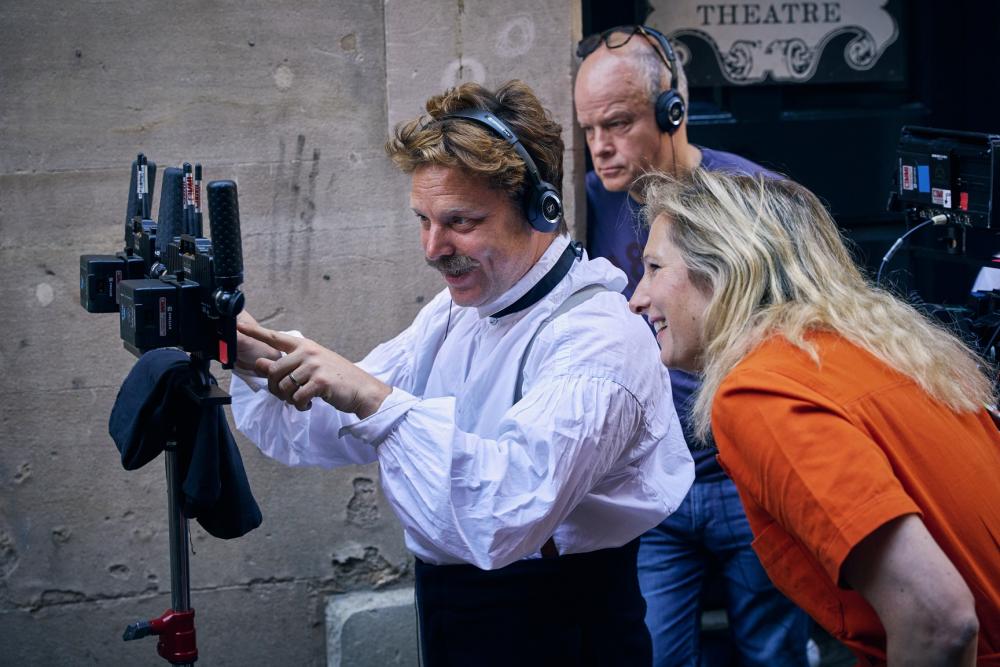 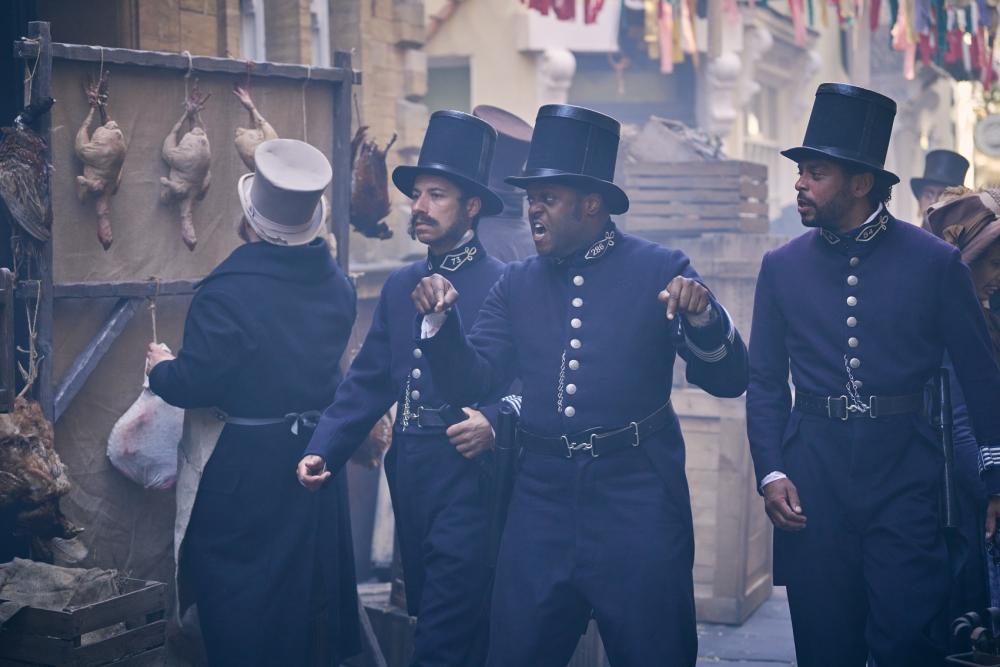 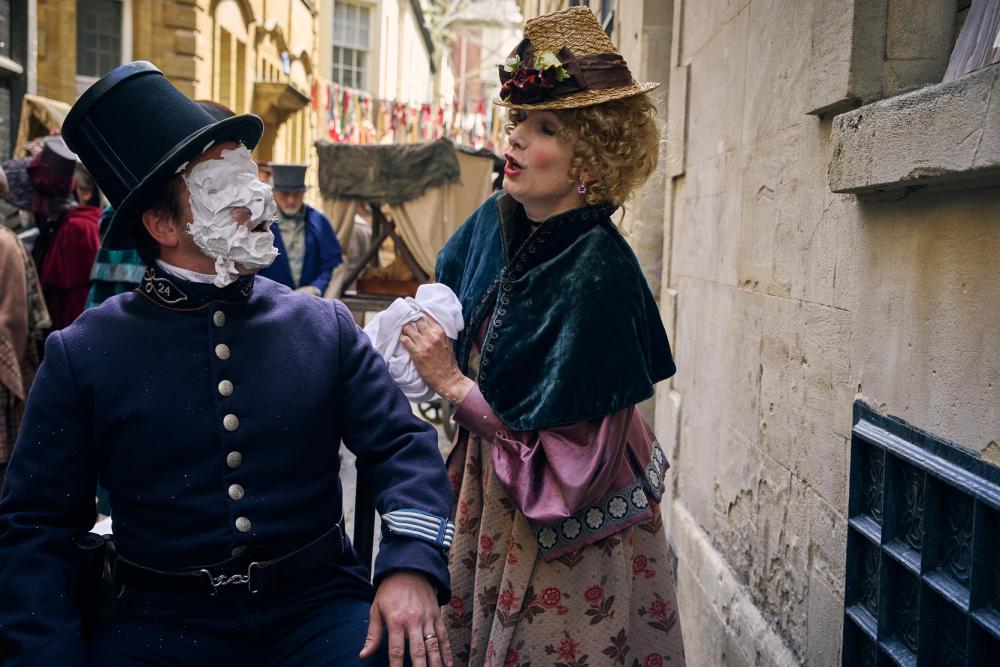 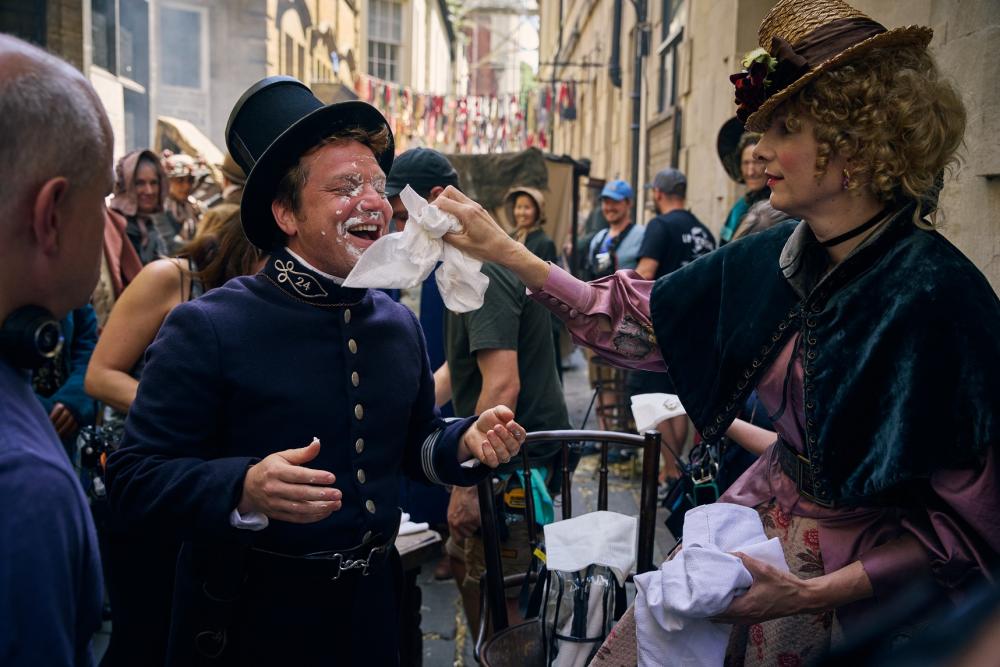 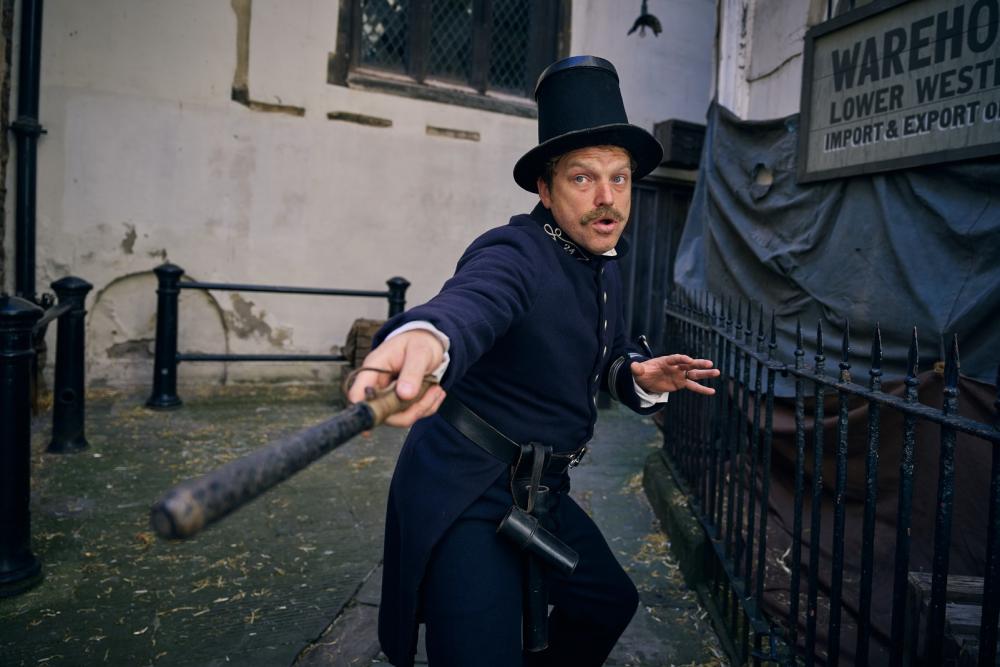 Senior Film Manager Laura Aviles (Bristol City Council) says: “Not only was an entire Victorian world built at The Bottle Yard Studios, Dodger’s production team also made the most of the beautifully preserved period buildings Bristol has to offer, particularly the Museums, whose teams were so accommodating. The crew, and cast in full Victorian costume, were working in the sweltering 38-degree heat of the Summer heatwave, which gives you some idea of the dedication of everyone behind the scenes. The television industry is so important to Bristol; it generated nearly £21 million towards the city’s economy last year, supporting local crew and companies and bringing knock on benefits to a wider range of other businesses too.”

Produced by Universal International Studios, a division of Universal Studio Group, for CBBC and BBC iPlayer, Dodger is a hilarious, optimistic and fast-paced show which follows the exploits of the infamous pickpocket Dodger.

Each 45-minute episode focuses on a self-contained plot, picking up from series one which ended with Dodger being deported to Australia in a ship filled with convicts. The specials are written by Rhys Thomas and Lucy Montgomery, with Thomas also directing all three.

The first special, ‘Train’, shows Dodger’s ingenious escape back to London to reunite with Fagin and the gang and pull off their very own great train robbery!

With police stationed at every turn and a very special Christmas party going on inside, it’s not going to be easy. But the ever-intrepid Dodger has given his word to the kind toymaker (Anita Dobson) that he’ll retrieve her precious doll, which is nestled under the Prime Minister’s Christmas tree.

Meanwhile, Polly (Ellie-May Sheridan) has a plan to put a goose on the gang’s Christmas table. It’s all going well until Bullseye shows up. A goose herder he ain’t…

The third and final special, ‘Egg’, will see some of the gang being rehabilitated through the power of education, after they’re caught red handed and sent to a very smart British public school. Filled with even more fun-filled antics, who will race to save the day and rescue the gang?

Dodger won in the Scripted category of this year’s BAFTA Children and Young People Awards which took place on Sunday 27th November in London.

The third and final special (Egg) is expected to air next year on CBBC and iPlayer.