Wholly set and filmed in Bristol, the second series of Stephen Merchant’s hit comedy thriller The Outlaws begins Sunday 5th June on BBC One after an extensive shoot that took place at The Bottle Yard Studios and on location across Bristol assisted by the city’s Film Office.

The Outlaws was crowned BBC’s biggest comedy launch of last year after it was streamed 11 million times. Made by Big Talk Productions and Merchant’s own company Four Eyes, the production team behind the BBC One and Amazon Prime Video series based its headquarters at The Bottle Yard Studios whilst filming series two back-to-back with series one. Sets were built at the Studios for key interiors and on location, Sea Mills Community Centre served as the central setting where the seven ‘outlaws’ are tasked with completing the community service sentences that first brought them together.

Bristol Film Office facilitated filming at a host of city locations throughout season two’s shoot which ran from June to October 2021. In total, The Outlaws filmed two series over 18 months in Bristol, a period that was lengthened due to the 2020 lockdown causing a pause in production. Around 200 crew per day worked at The Bottle Yard Studios throughout the production period, an estimated 75% of which were from Bristol and the surrounding area. The Film Office also advised the production team on charities and community groups that would welcome donations in return for the cooperation of residents. Donations were made to four local charities by the production company.

At an exclusive preview of The Outlaws series 2 hosted by RTS Bristol last week, Director Alicia Macdonald commented on how film-friendly the city of Bristol was and described The Outlaws as “a love letter to the city.” Exec Producer Luke Alkin commented that it was strange that contemporary Bristol hadn’t been featured as itself more often on screen, given that “it looks so great and has such a unique culture.” Actor Jessica Gunning, who plays Diane in the series, said that Bristol had become “the ninth character of the show.” 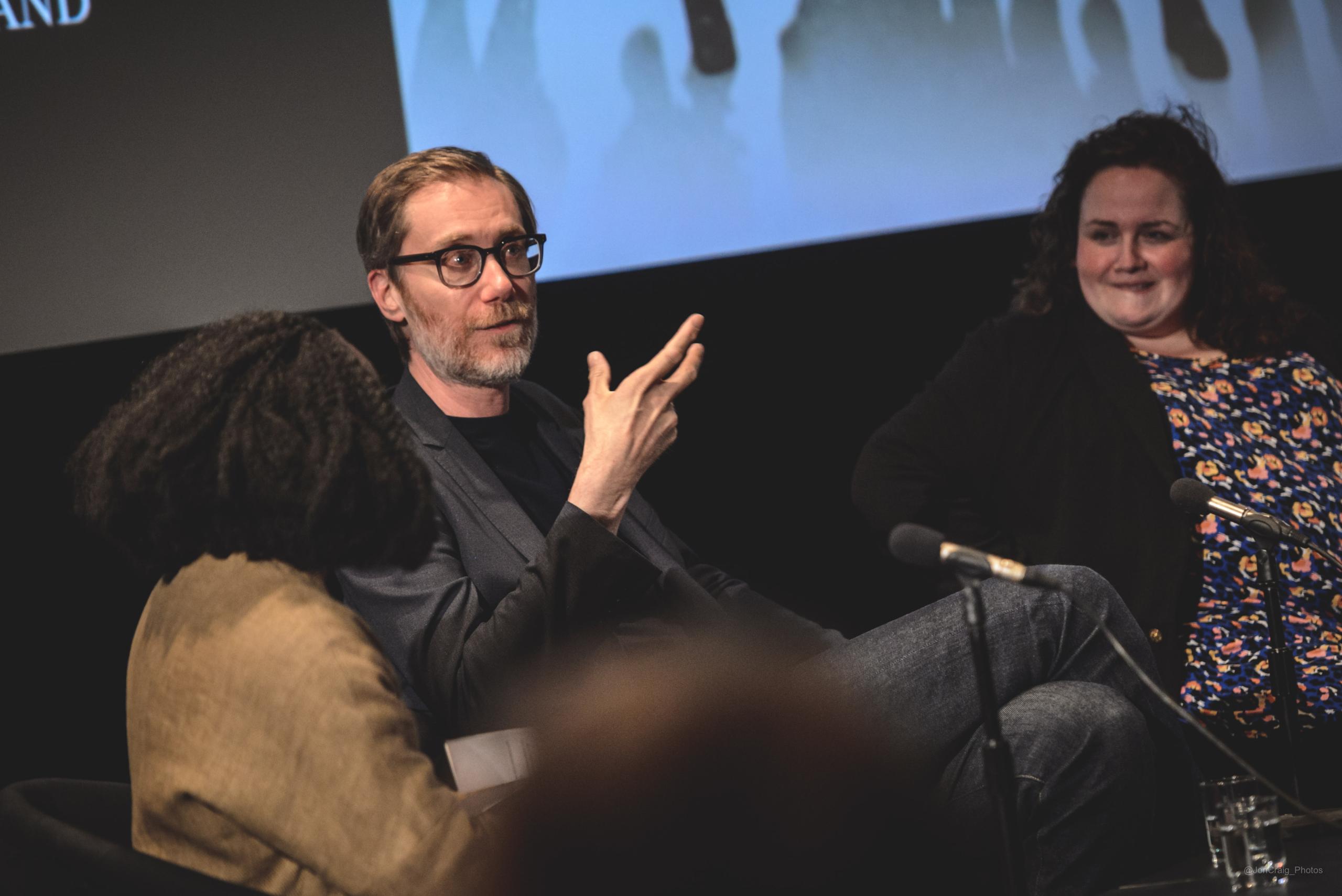 Stephen Merchant and Jessica Gunning at the RTS Bristol Outlaws preview, 23 May 2022 (photo by @JonCraig)

Joking that series two’s launch date (5th June) means that The Outlaws is “up against the Queen”, Stephen Merchant added: “Bristol is a very visual city, with its hills and the harbourside. It has so many angles which gives you a lot of depth and texture when you’re filming. We really tried to capture the DNA of the city in the show. Filming through the pandemic meant that we were like a team in the trenches at times, I’m very proud of what we achieved. In this series, we just keep trying to turn the heat up on our characters as the series progresses.”

Laura Aviles, Senior Film Manager (Bristol City Council) says: “We couldn’t agree more with the cast, that Bristol has become a character in The Outlaws in its own right! After supporting 18 months of filming at The Bottle Yard Studios and on location with support from Bristol Film Office, it’s wonderful to see Bristol take centre stage in this primetime drama once again. This was a major production for Bristol that created jobs for local crew and companies, and valuable knock-on income for other sectors. Judging by the phenomenal reception that series one received, we look forward to another successful series where Bristol’s identity is front and centre on screen.”

Where did The Outlaws series two film in Bristol?

The Bottle Yard Studios
Bristol’s biggest studio facility was home to sets including:
– Lawyer Greg’s flat. Played by Stephen Merchant, Greg is described by Merchant as an “awkward, six-foot-seven gangly nerd” whose legal chicanery is once more put to work by the outlaws.
– Myrna’s flat. Played by Clare Perkins, Myrna is a Black Bristol civil rights veteran who finds she hasn’t buried the bones of the past.
– The home of Margaret (Dolly Wells), daughter of “twinkly-eyed small-time crook” Frank (Christopher Walken). Finally free of his tag, Frank faces a familiar choice — fly the coop, or stand still for once in his life? 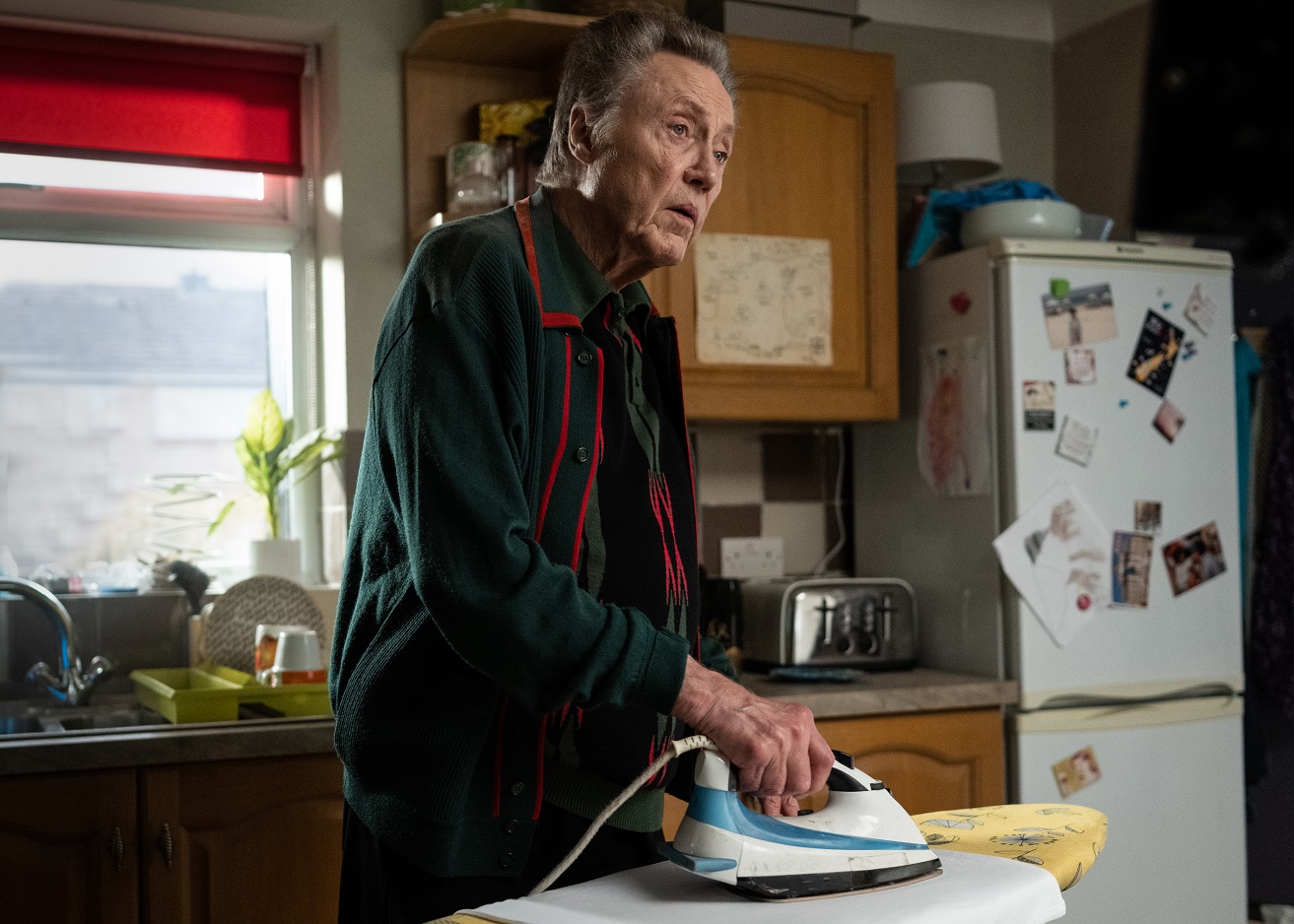 – Offices of family business ‘Halloran & Son’, run by businessman John Halloran (Darren Boyd). John has grand plans to modernise the family firm, but his father has emerged from retirement with his killer instinct intact.
– Gang member Malaki’s basement. Played by Charles Babalola, Malaki finds that the illusory promise of a life on the straight-and-narrow eludes him at every turn, as he’s forced to contend with the consequences of his past crimes.
– Police cells, interview rooms and probation offices

Sea Mills Community Centre
The disused building stars once again as the community centre that the outlaws are tasked with fixing up as part of the Community Payback scheme. 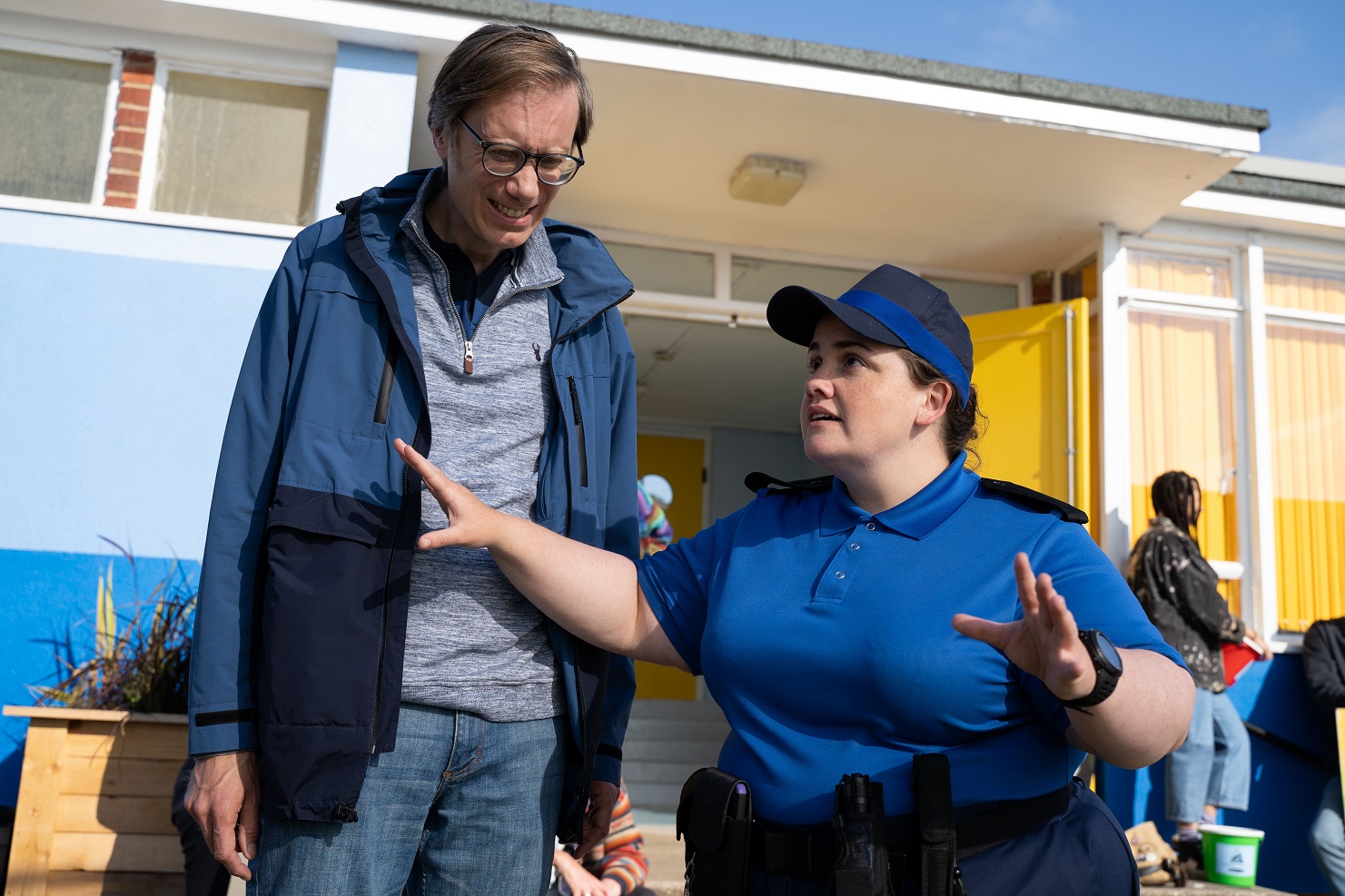 Stunt scenes
Series two will features plenty of action scenes, including a vehicle chase filmed in the Broadmead area, from Merchant Street towards the Horsefair. Another action scene was filmed at the Cumberland Basin on Hotwells Road and Brunel Bridge. Stunt filming also took place on waste ground beneath the M5 flyover.

Buffet car
Perhaps you spotted the unusual sight of a train carriage on a flatbed lorry in Lloyds Amphitheatre last summer? Filming of scenes set in a train buffet car took place right there. 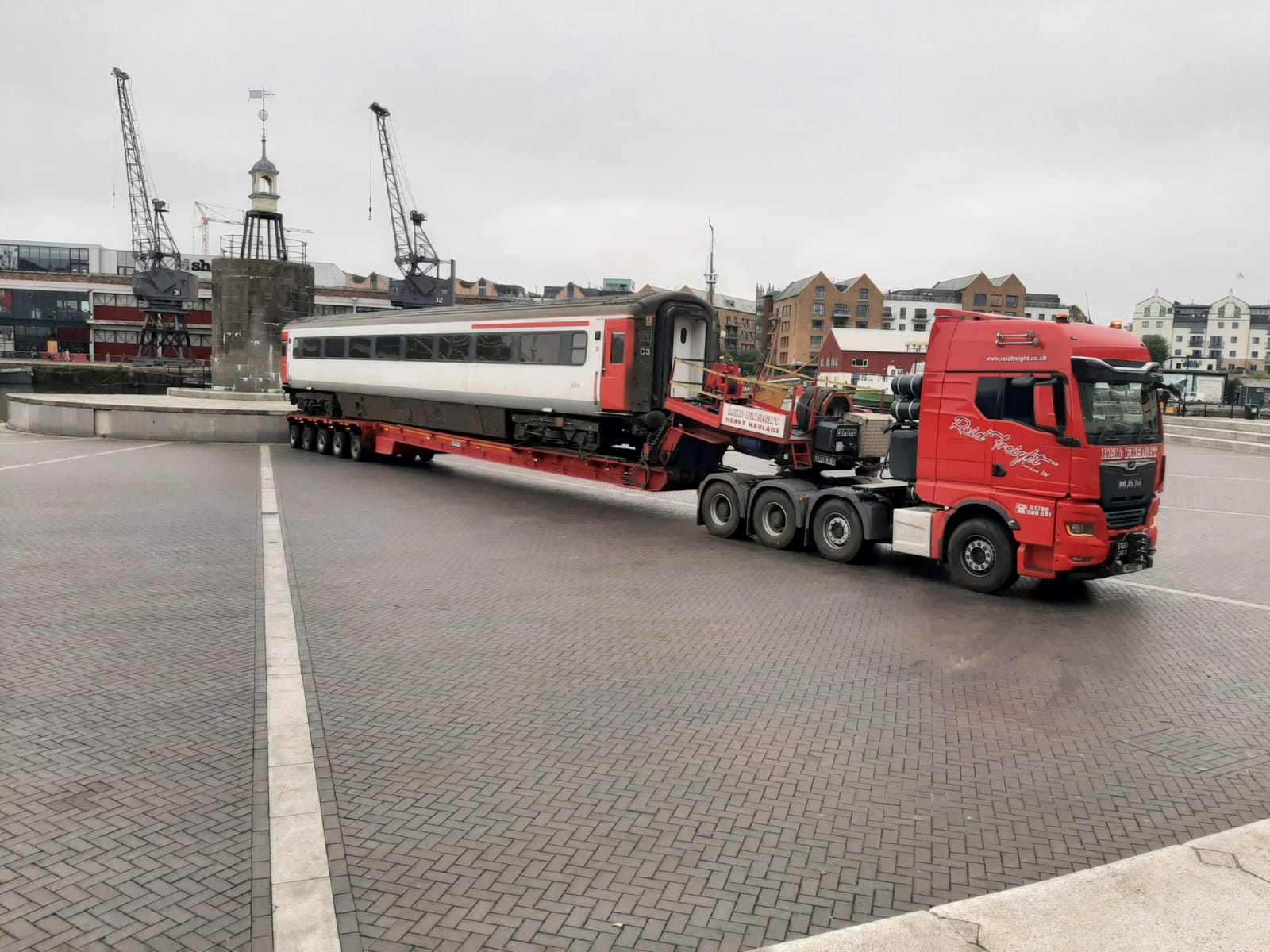 Casino
Look out for The Bristol Marriott Royal Hotel on College Green; it features as the casino visited by Christopher Walken’s character Frank in episode one. 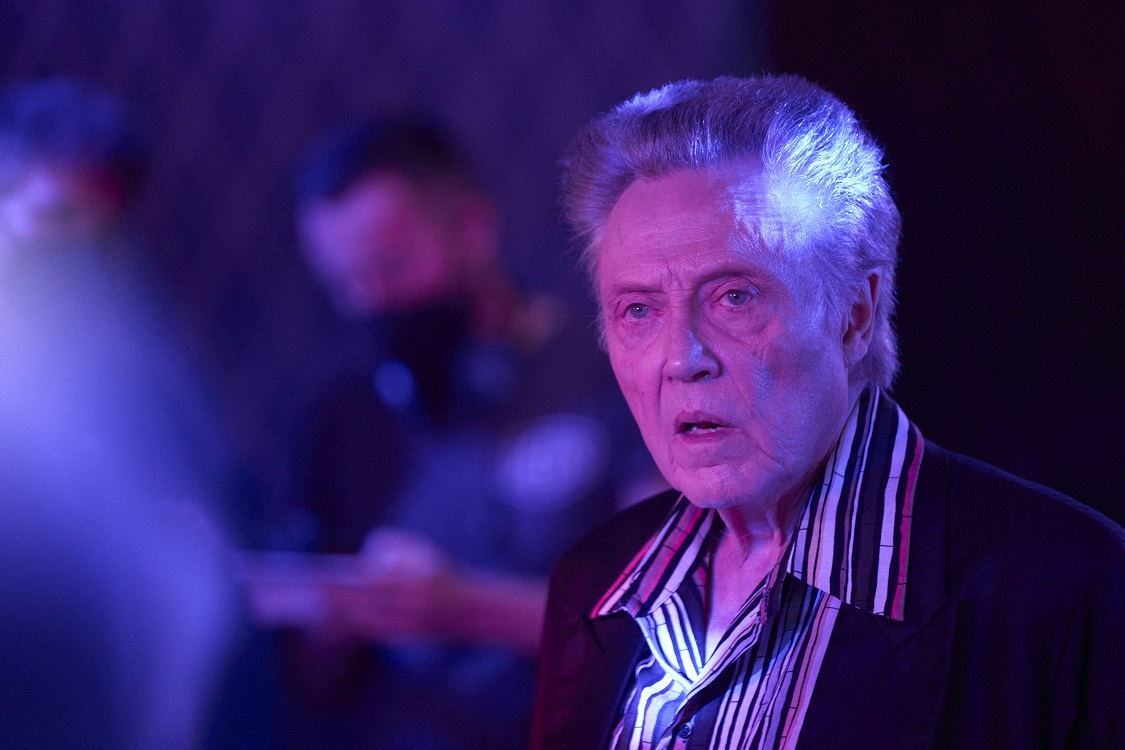 Filming took place at numerous other Bristol landmarks and streets, including:

About The Outlaws series 2
Following on directly from the first series, The Outlaws still have time to serve on their sentences – but now they must face the fallout from their actions. If they thought the criminal underworld or the local police were done with them, they are sorely mistaken. The Outlaws must depend on one another while working with unlikely allies to atone for their sins – but can they save themselves without sacrificing their souls? 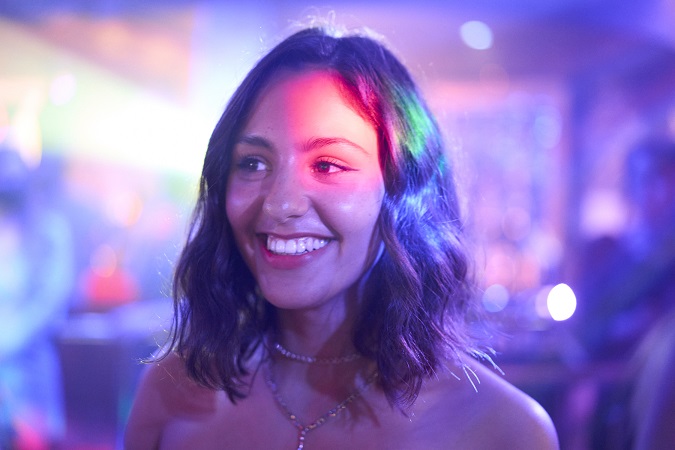 The Outlaws was created by Stephen Merchant and Elgin James. Series two is produced by Fran du Pille and directed by John Butler and Alicia Macdonald. It is a BBC One and Amazon Studios co-production produced by Big Talk with Stephen Merchant’s Four Eyes, distributed globally by BBC Studios.

The Outlaws series 2 begins at 9pm on Sunday 5 June on BBC One. All episodes will be available to watch at once on BBC iPlayer, where you can also rewatch the first series.