The White Princess begins on UKTV Drama on Sat 18 November

STARZ Original Limited Series The White Princess will premiere on British TV this weekend, after filming at The Bottle Yard Studios and across Bristol last year.

Kicking off with a double bill on Saturday 18th November at 9pm on the UKTV Drama Channel, The White Princess is the follow-up to the STARZ/BBC’s 2013 Golden Globe and Emmy award-nominated The White Queen.

Made by Company Pictures and Playground, the drama filmed in purpose-built sets at The Bottle Yard Studios and across Bristol in 2016.

Bristol Film Office provided unit bases for filming at locations across the city, facilitating location liaison and organising holding areas at City Hall for around 100 cast extras during a large-scale shoot at Bristol Cathedral. 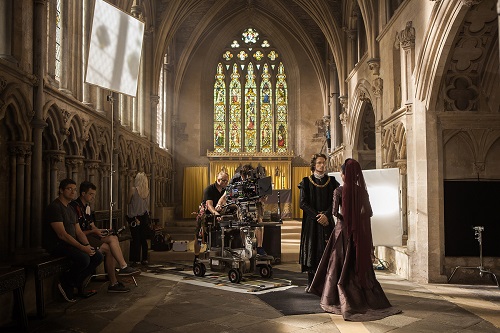 Karen Bailey, SVP Original Programming, STARZ, said: “We knew from the early location scouts that the natural scenic beauty of the area was a good fit for the production, but seeing the facilities at The Bottle Yard and discovering there was such a strong infrastructure already in place made the decision to shoot in Bristol an easy one.”

Fiona Francombe, Site Director of The Bottle Yard Studios, said: “Every aspect of this production was expertly crafted and beautifully detailed. The crew created a rich period world with their amazing set build, enhanced by stunning and authentic costume and make up design. After the excellent reception The White Princess received in the US, UK fans of expertly made royal Tudor drama are in for a real treat. Shows like this, made for a worldwide audience, are a great illustration of what can be achieved in Bristol and at The Bottle Yard.”

Natalie Moore, Bristol Film Office said: “Our role in large-scale historical productions like these is to make sure the right support is given to achieve a smooth shoot in the city centre. We had assisted Company Pictures and Playground to film at Bristol Cathedral for the making of Wolf Hall in 2014, so it was a pleasure to have them back for The White Princess last year. It’s always fantastic to see the city’s impressive architectural and historical landmarks like Bristol Cathedral shining on screen when a show begins to air.”

Based on Philippa Gregory’s 2013 novel of the same name, The White Princess picks up as the tumultuous War of the Roses comes to an end and a new generation ascends to the throne in a tale of power, political clashes, family, love and betrayal. A fragile peace is achieved when former king, Richard III, is defeated at the Battle of Bosworth. The victor, Henry Tudor, soon to be King Henry VII (Jacob Collins-Levy), is married to Elizabeth (Jodie Comer) – a princess from a rival house and Richard III’s former lover.

With her sister, Cecily of York (Suki Waterhouse), Elizabeth matches wits and wills with Lady Margaret Beaufort (Michelle Fairley), King Henry VII’s mother. They each manoeuvre to gain his trust. Meanwhile Lizzie’s mother, Dowager Queen Elizabeth Woodville (Essie Davis), struggles with rumours that her long-lost son Prince Richard (Ned Elliot) is alive. Elizabeth is forced to choose between her new Tudor husband and the boy who could be her own blood and the rightful York King.

The White Princess premiered in the US on STARZ to critical acclaim and averaged 4.8 million multiplatform viewers per episode. 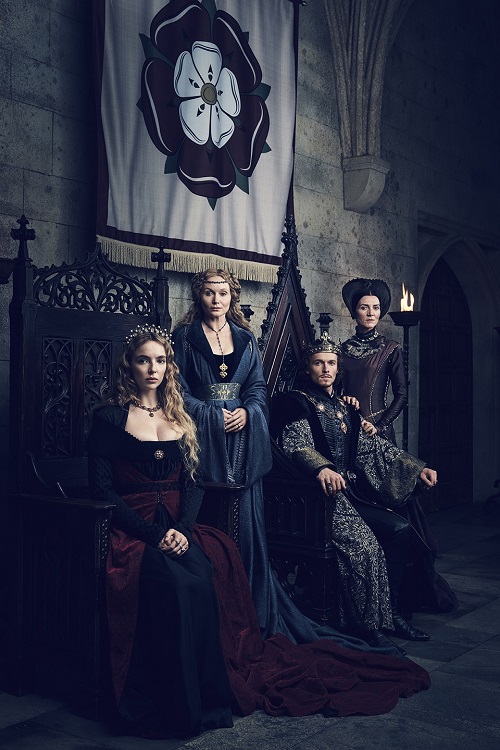