The ten part US version made by Fizz, part of Bristol-based RDF Television, features comedian/writer Adam Conover (College Humour, Adam Ruins Everything, BoJack Horseman) as Maze Master, charged with guiding one family team through physical and mental challenges set within the elaborate labyrinth of four immersive themed zones – Aztec, Eastern, Futuristic and Industrial. Each zone is housed in the show’s original purpose-built set at The Bottle Yard Studios, which spans over 30,000 square feet.

🔮 The Crystal Maze 🔮 premieres this week on @Nickelodeon! Tune in on Friday at 7/6c to watch me lead one lucky (?) family through a gauntlet of devious challenges in their quest to escape the maze and win our grand prize! New clip: pic.twitter.com/4WOB0UgW2O

Ten families travelled to Bristol for the making of the show. Episode one features a family from Houston, Texas, tackling a range of challenges in the maze for the first time ever for U.S. audiences. This season will feature families from: Scottsdale, Ariz; Lake Forest, Calif; Eastvale, Calif ; St. Augustine, Fla; Windemere, Fla; Chester, Va; Germantown, Tenn; Carollton, Texas; and Wheaton, Ill.

In each episode, the youngest family member takes on the role of team Captain. The successful completion of escape-room style challenges are rewarded with a “time crystal” granting the family five seconds in the centerpiece final zone called the Crystal Dome. The more crystals gathered throughout the game, the more time each family has for a dramatic clock countdown challenge inside the iconic Dome for a chance to win up to $25,000.
Conover says, “As the Maze Master, the only thing that gives me greater joy than tormenting our adventurers with devious games is handing out giant cash prizes to the lucky few who manage to escape the challenges inside the crystal maze. This show is the ultimate challenge for families, proving that you have to work together if you want to win, and that’s a fact.” 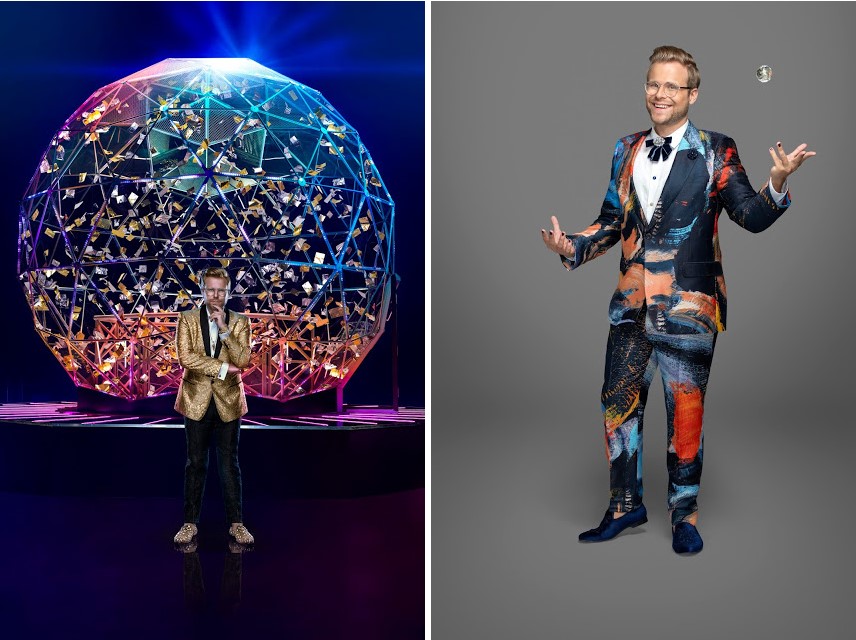