Last night we proudly marked the official opening of TBY2, our new premium facility, at an event that brought together leading film and High-End TV producers, local crew and companies and regional and national partners and supporters of our expansion.

Bristolian actors Gamba Cole (The Outlaws, Hanna), Jayde Adams (The Fence, Alma’s Not Normal) and Joe Sims (Doctor Who, Broadchurch) joined Mayor of Bristol Marvin Rees, Mayor of the West of England Dan Norris, Karin Smyth, MP for Bristol South, and more than a hundred members of the region’s screen, business and skills sectors for the unveiling of the new facility.

On the night, we were proud to announce that TBY2’s first booking will be bold new eight-part saga Rivals, based on the bestselling novel by Jilly Cooper, produced for Disney+ by Happy Prince, part of ITV Studios. To read more about Rivals, click here. 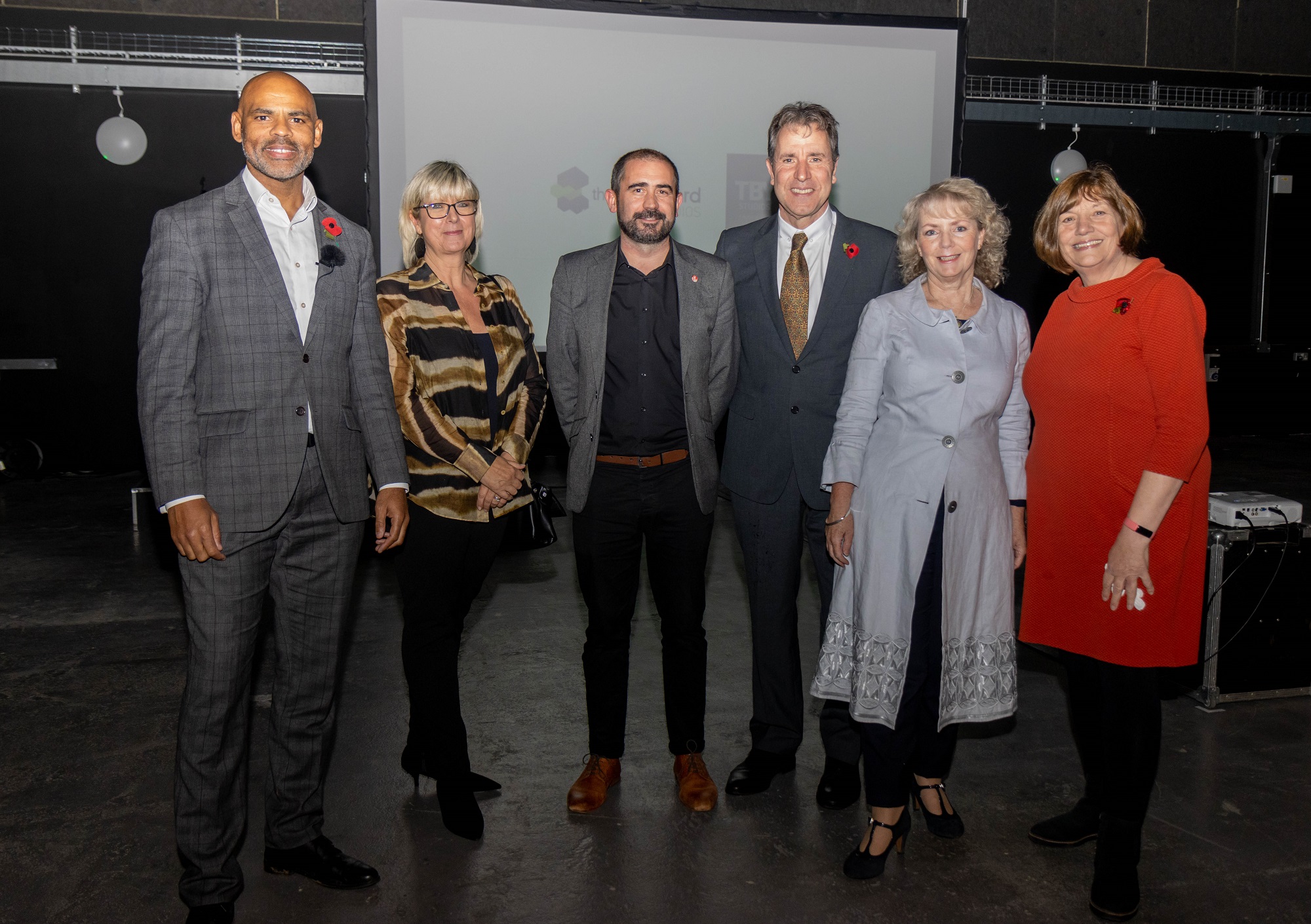 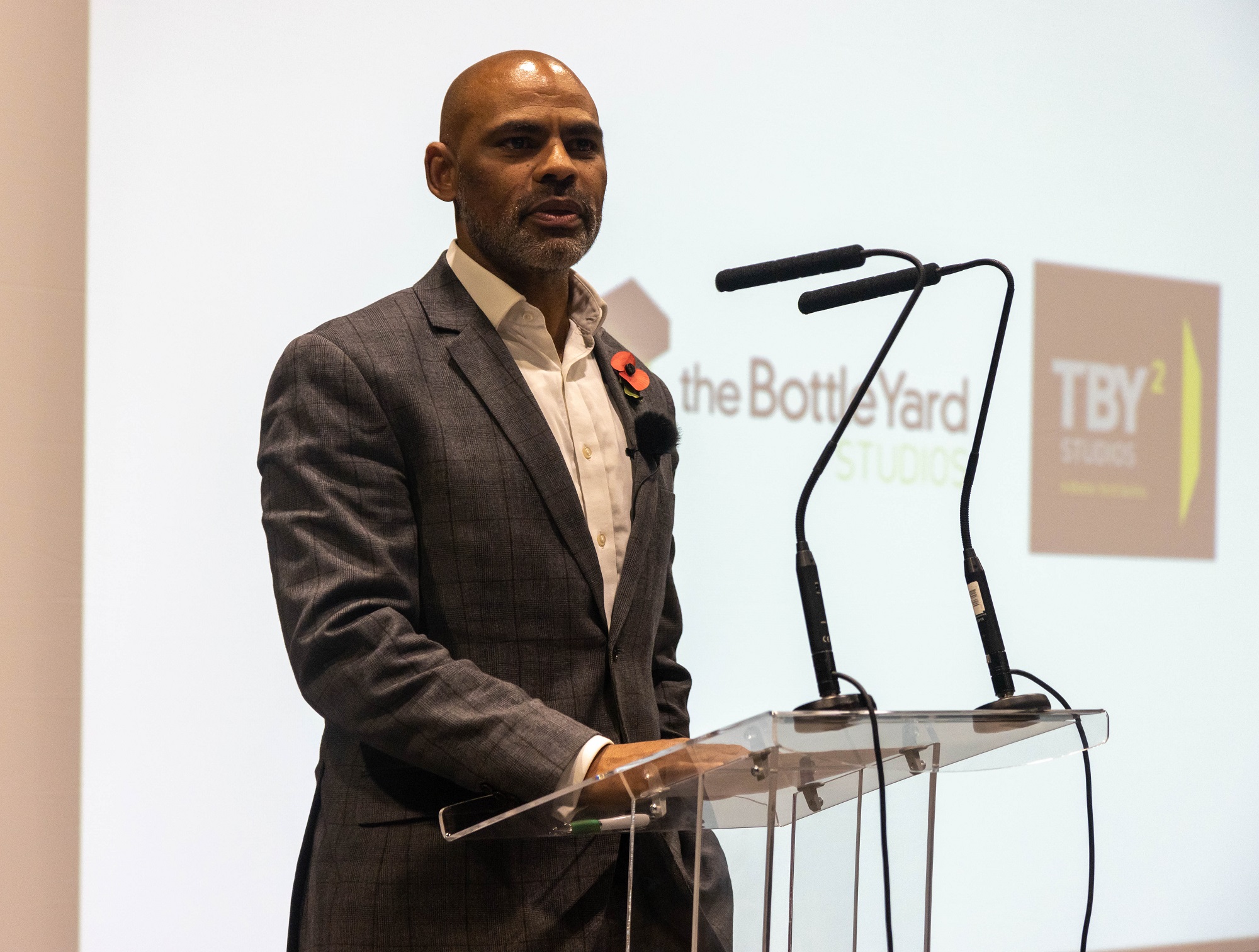 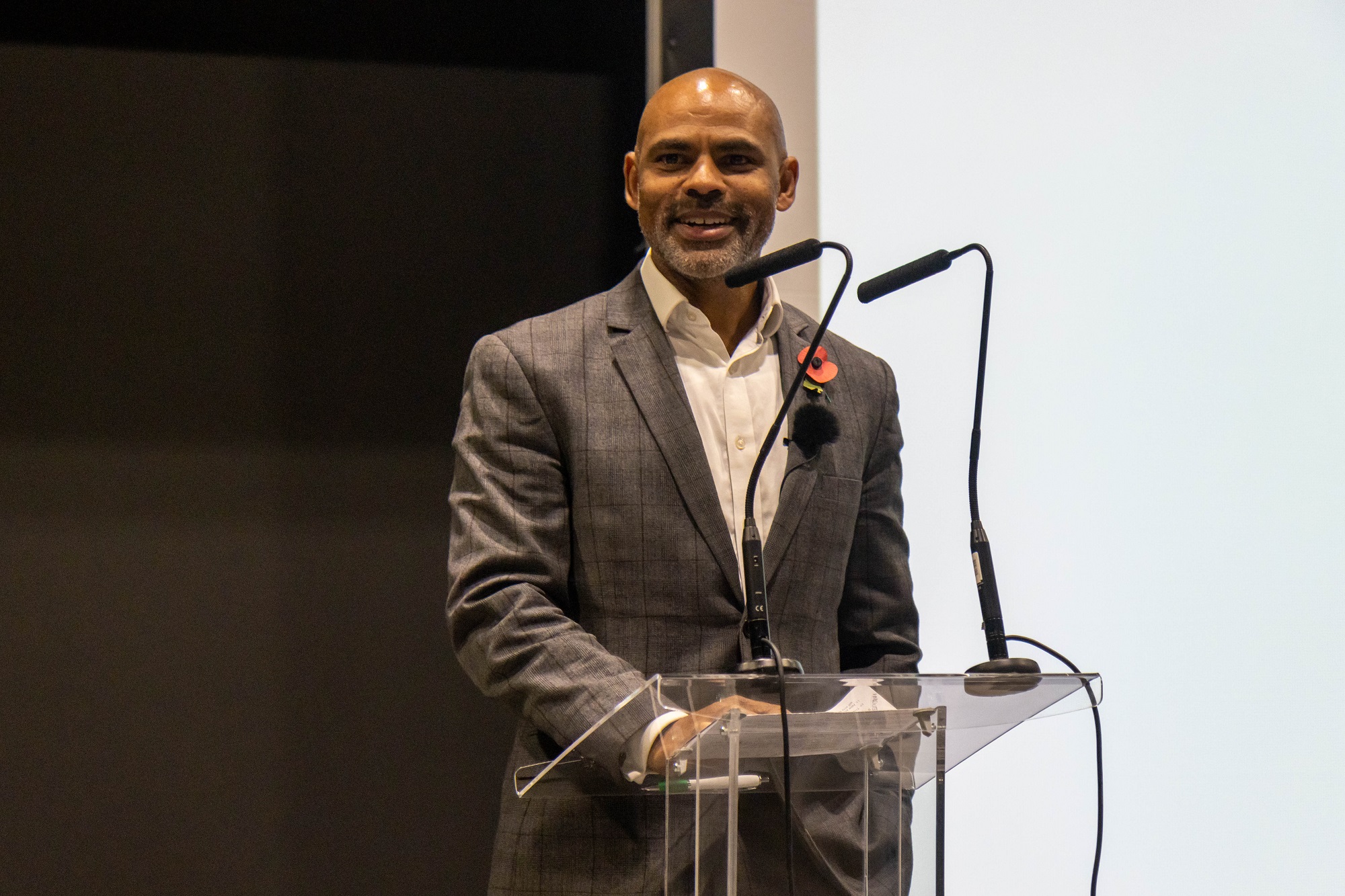 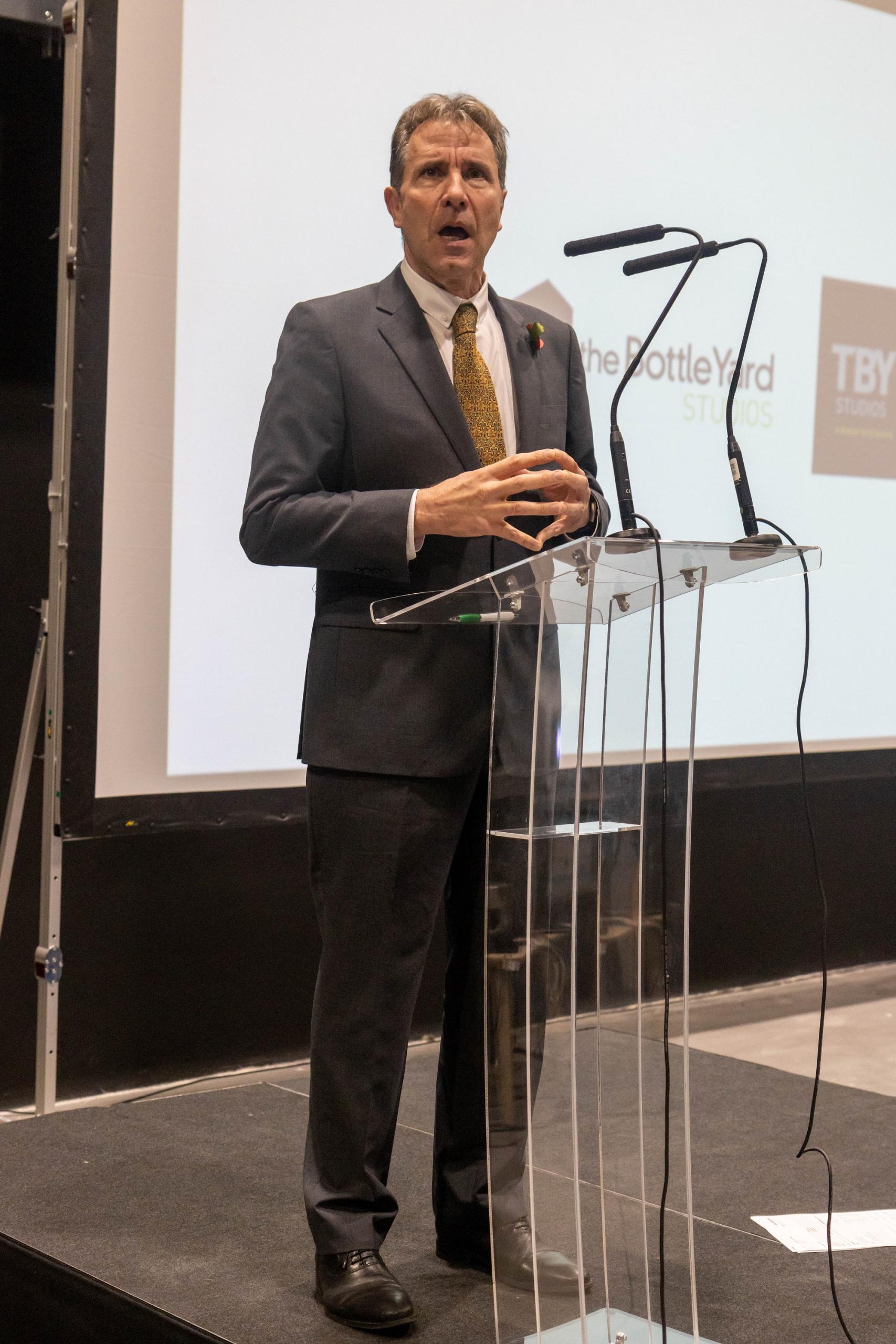 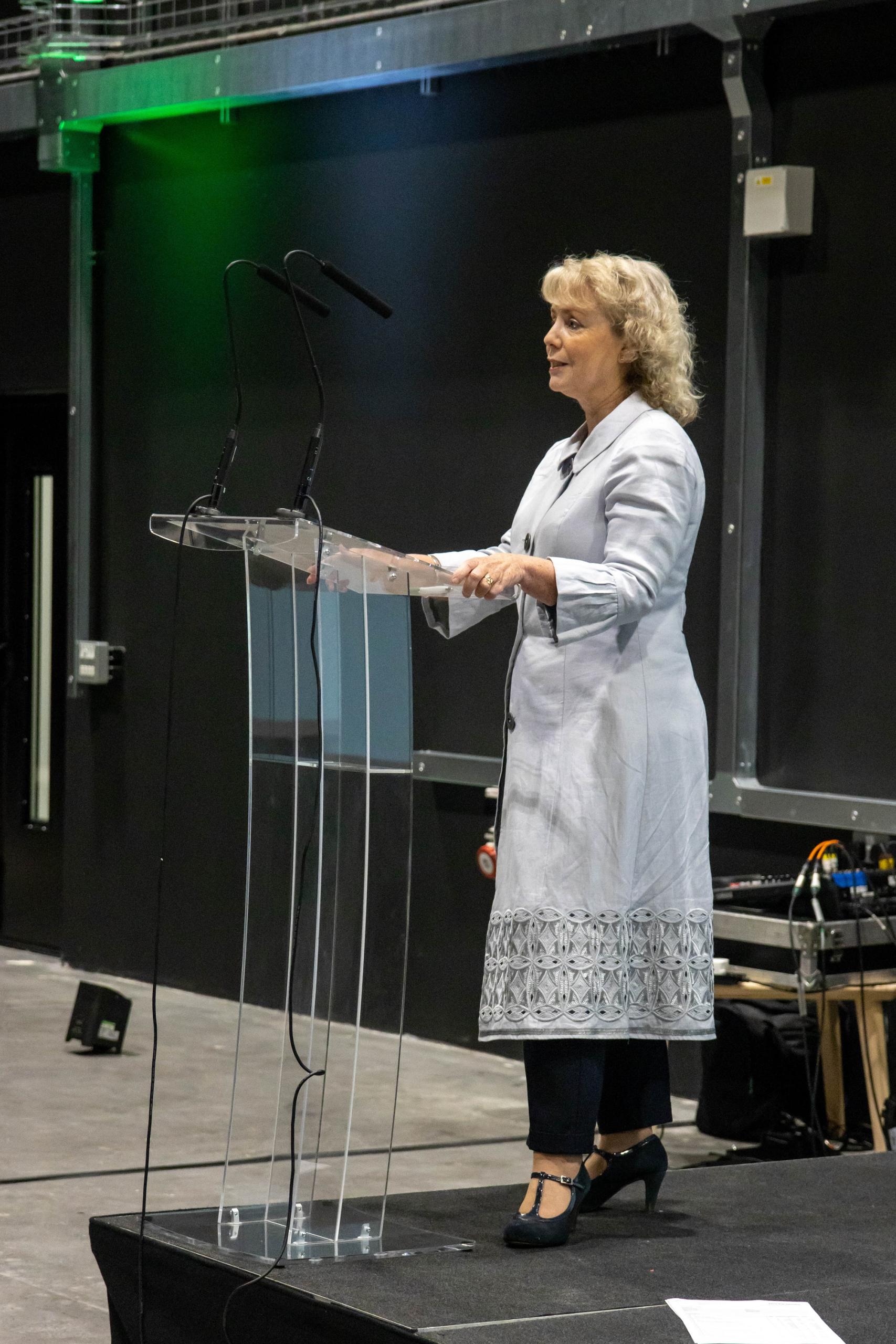 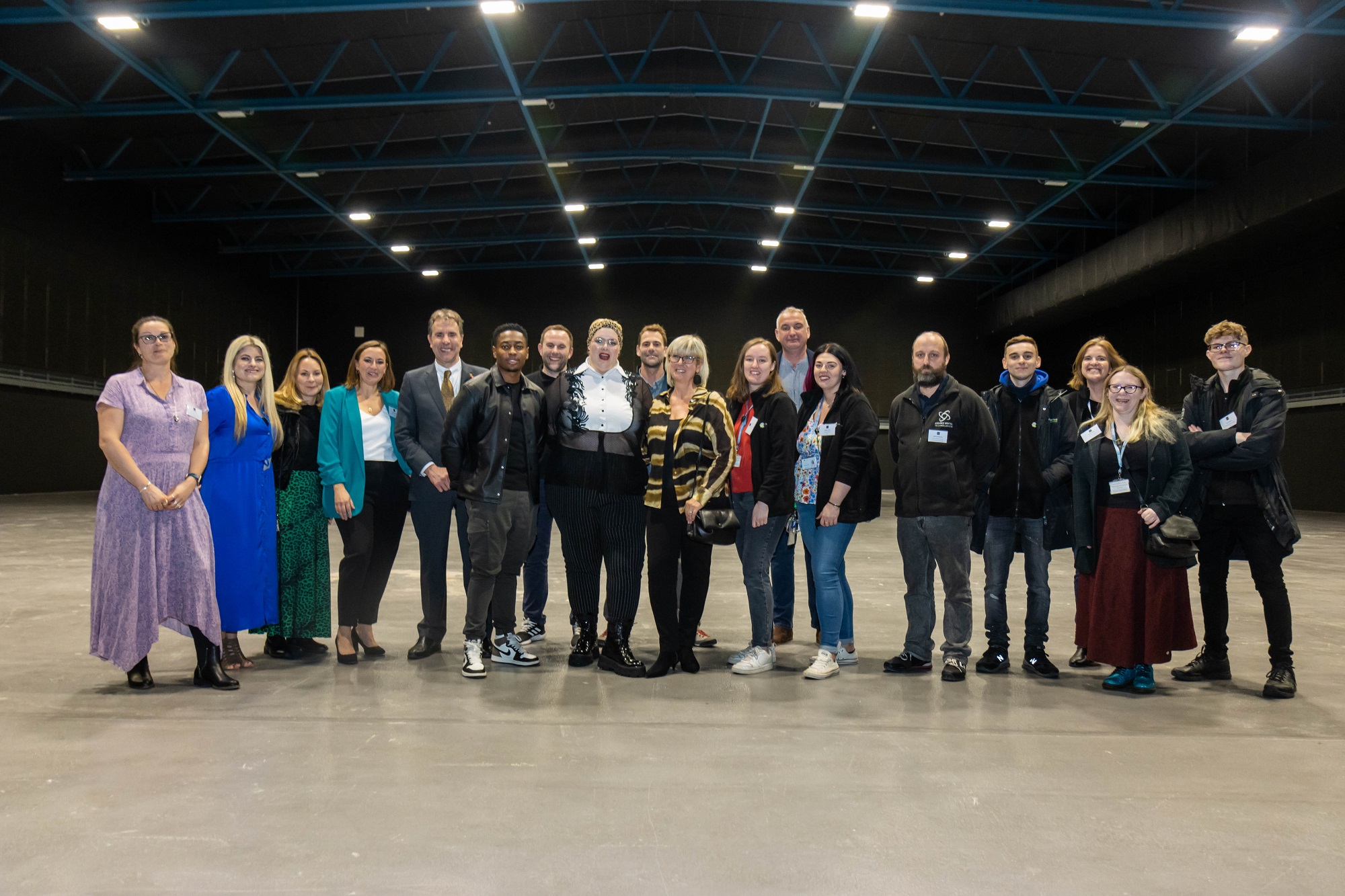 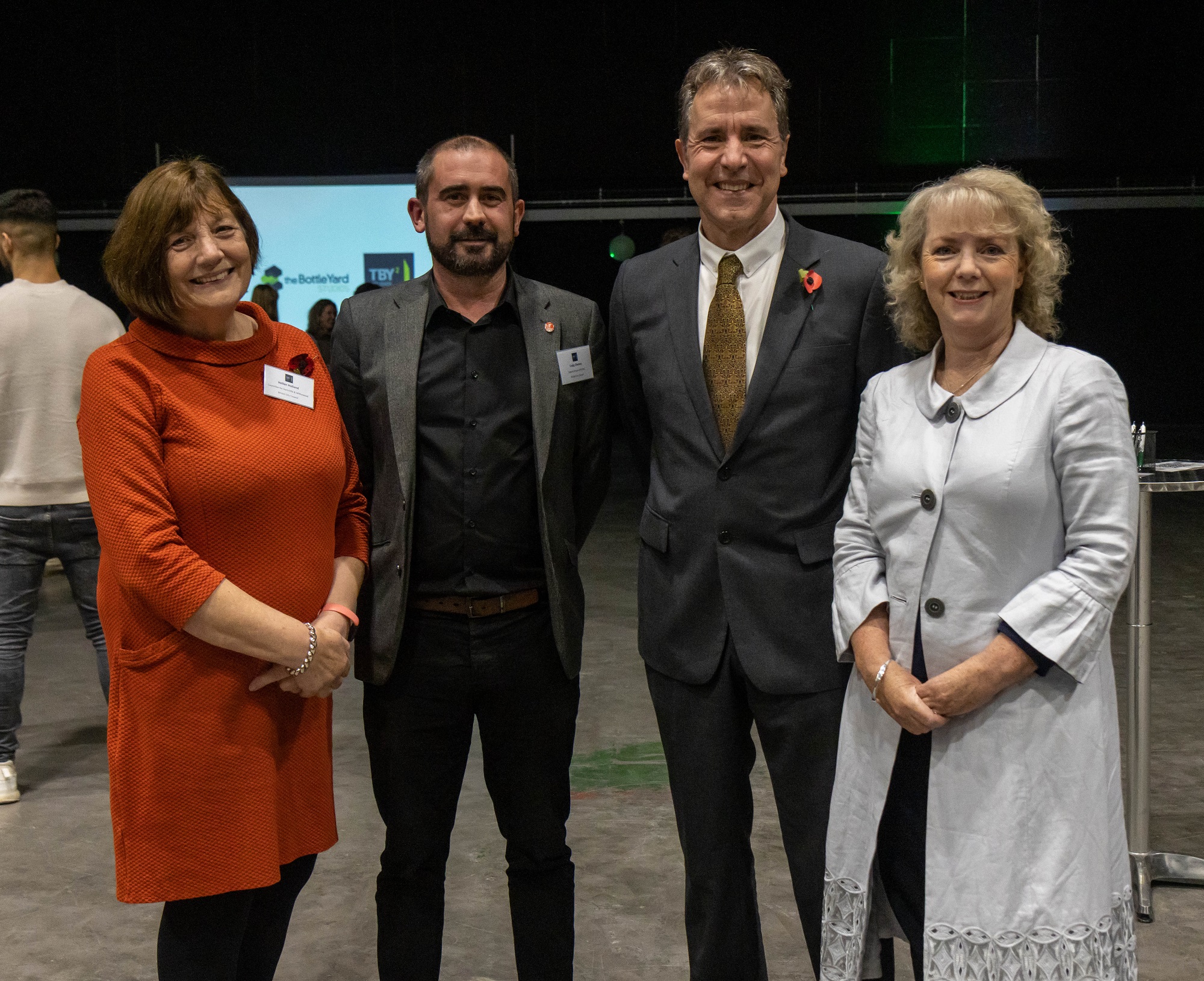 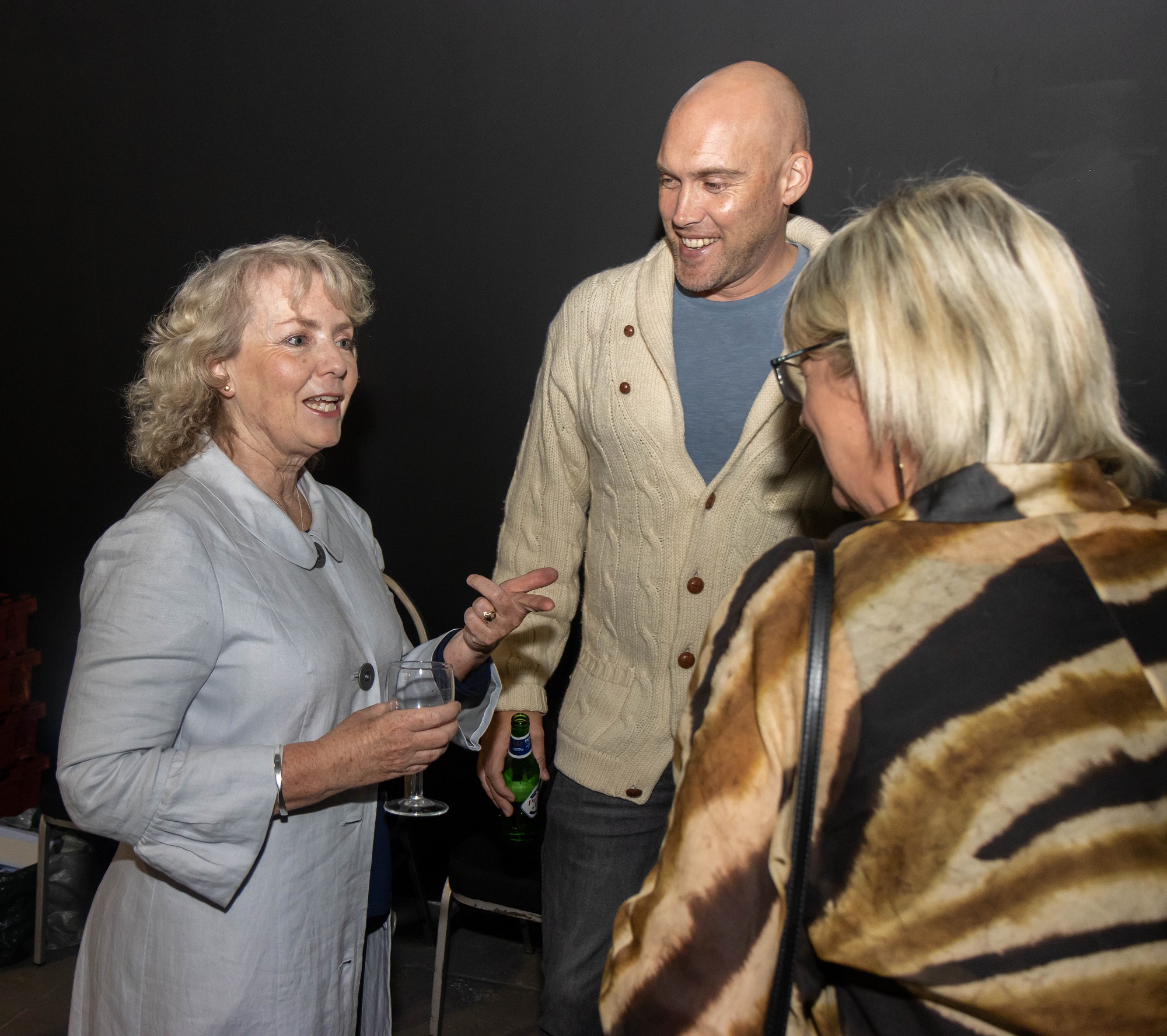 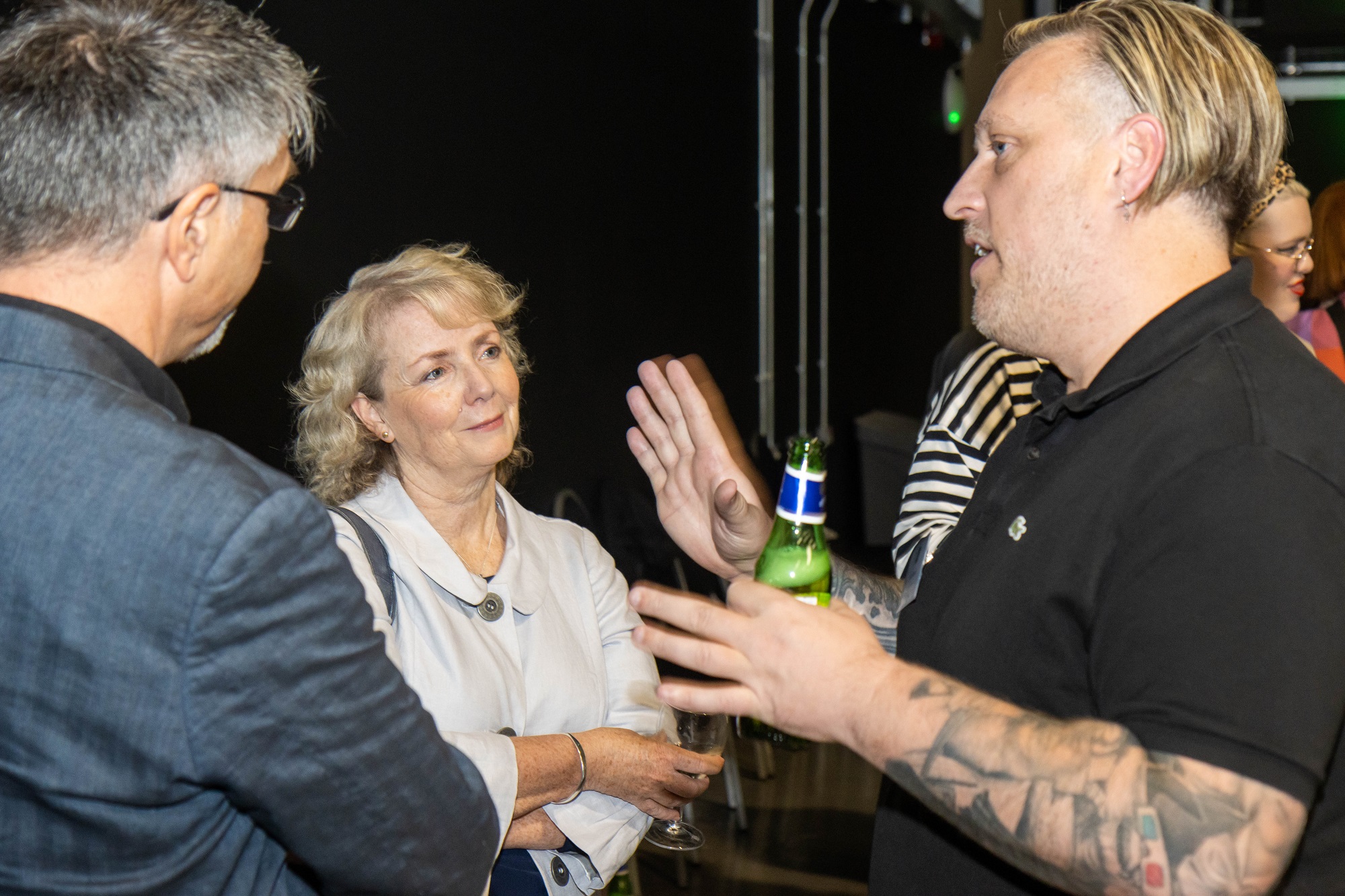 Marvin Rees, Mayor of Bristol, says: “The Bottle Yard Studios, our Hollywood in Hengrove, continues to go from strength-to-strength. Filming in Bristol is booming – testament to Channel 4’s decision to relocate to our city in 2018.

“This year, the sector contributed almost £21 million to our economy. New productions by Disney+ and other major streamers and commissioners will only bolster our global growth. Shows like The Outlaws have looked and sounded like Bristol and TBY2 will help us punch above our weight in film and TV.

“I’m proud to have secured the funding for this state-of-the-art expansion during my first term as Mayor, delivering another 1,000 new jobs for Bristolians. Thanks to City Leap and the community-owned solar panels on TBY2’s roof, this will surely be one of the greenest places to film anywhere in the world.”

Dan Norris, Mayor of the West of England, says: “I’ve watched this expansion come alive, from a cold and empty space to the fully functioning facility we see today. I’m incredibly proud that this is down to £12 million of investment from the West of England Combined Authority I lead.

“Creativity runs through our region’s veins, and we are fortunate to have truly world-leading people working locally in our creative industries. With Netflix, Channel 4, the BBC and more, making shows like Bridgerton, The Outlaws, Tracey Beaker and natural history gems here in the West we have an exciting story to tell.

“Now the improved Bottle Yard Studios with three brand-new stages means we can continue to build on these successes to create even more top-notch film and television and bring thousands of highly skilled jobs to our region. Today’s official opening sends a strong message nationally and internationally that our amazing West of England is open for business. So please come here and invest.

“I look forward to watching as more films and TV hit the screens that were made in our amazing West of England region.”

Laura Aviles, Senior Film Manager (Bristol City Council), says: “It’s with a sense of immense pride that we introduce our new, sustainably designed Bottle Yard facility to our regional and national colleagues and partners, including the British Film Commission who have been a great supporter of our expansion plan. With Rivals for Disney+ confirmed as TBY2’s first high-end TV booking and a schedule of interest reaching well into 2024, the opening of these three new stages marks a new chapter in the success story of Bristol film and high-end TV production.

“We have now appointed our first Outreach Coordinator who will liaise between productions filming in Bristol and our many skills and education partners including local schools, colleges and universities, to further strengthen the city’s film and TV production workforce. We’re making sure Bristol seizes the opportunities presented by the UK production boom with both hands, so that local crew, companies and talent benefit from the employment, business and skills development it brings.”

Backed by West of England Combined Authority investment, the £13.5m TBY2 redevelopment has been delivered by global construction specialists ISG. It is intended to maintain and grow film and TV production in Bristol and the West of England. TBY2’s opening increases the total number of stages at The Bottle Yard Studios from eight to 11.

TBY2’s three new sound stages are accompanied by more than 40,000 sq ft of ancillary space comprising production offices, prop stores, costume/makeup and break out areas, amounting to approx 82,000 sq ft of converted floor space in total. The site is supported with up to 10GB secure connectivity and 24/7 site security. 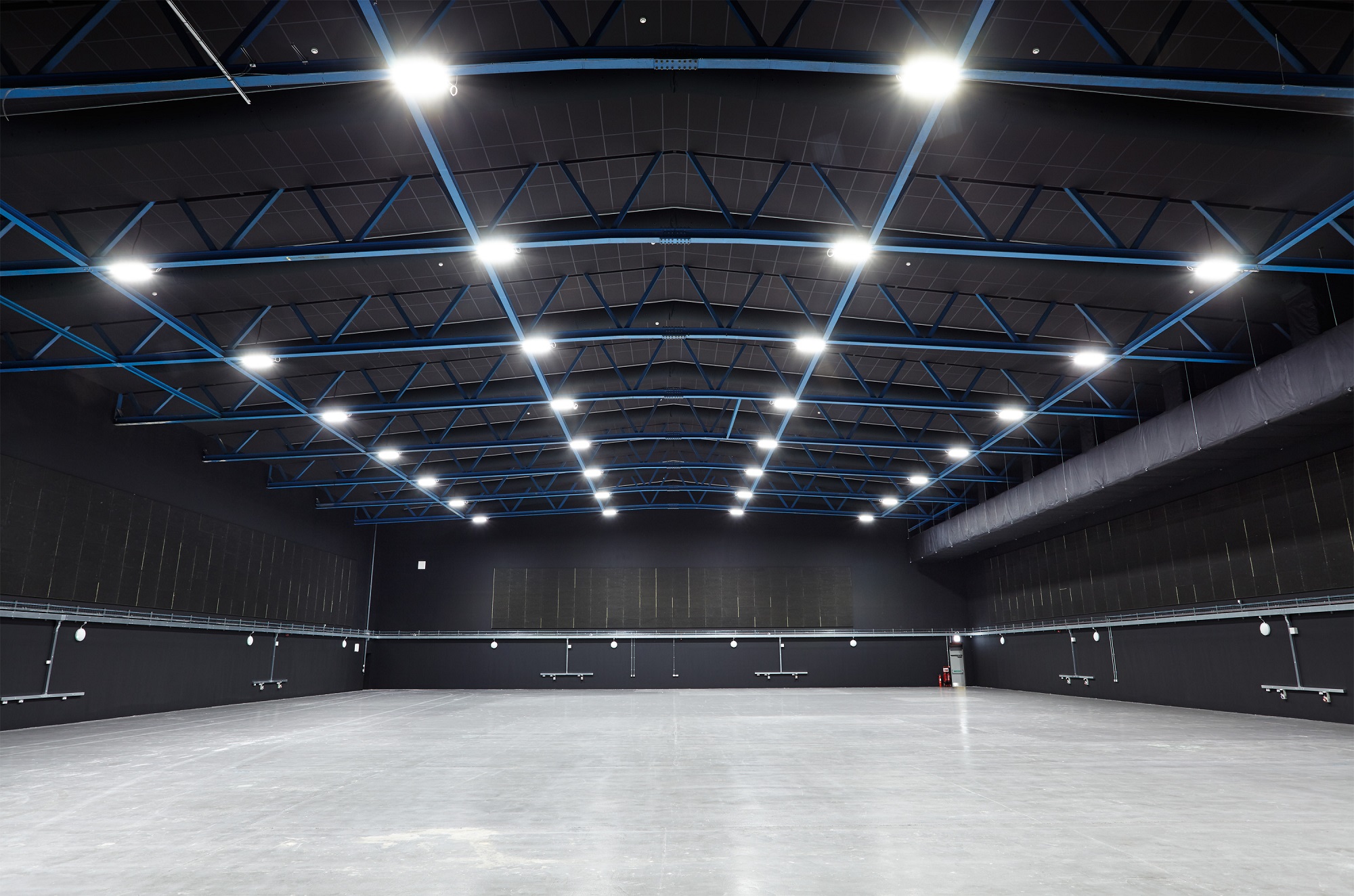 Bristol City Council has invested in renewal and repair works at the main Bottle Yard site, to ensure its existing buildings are fit for purpose for the Studios’ 10-year business plan. 135 jobs were created during TBY2’s redevelopment works and more than 860 jobs are expected to be created over the next 10 years through an accompanying Workforce Development Programme focused on high-end TV skills and targeting development of new talent in South Bristol.

TBY2 has been designed with sustainability in mind. To optimise energy conservation, a sophisticated building management system controls built-in heating, cooling and ventilation in all stages. TBY2’s roof hosts a gigantic 1MWp solar array consisting of more than 2,000 photovoltaic (PV) panels. Funded by the Bristol Energy Cooperative, it is the biggest community-owned solar rooftop array in the West of England and one of the largest of its kind in the UK, capable of generating the equivalent amount of energy needed to power 250 average Bristol households per year. 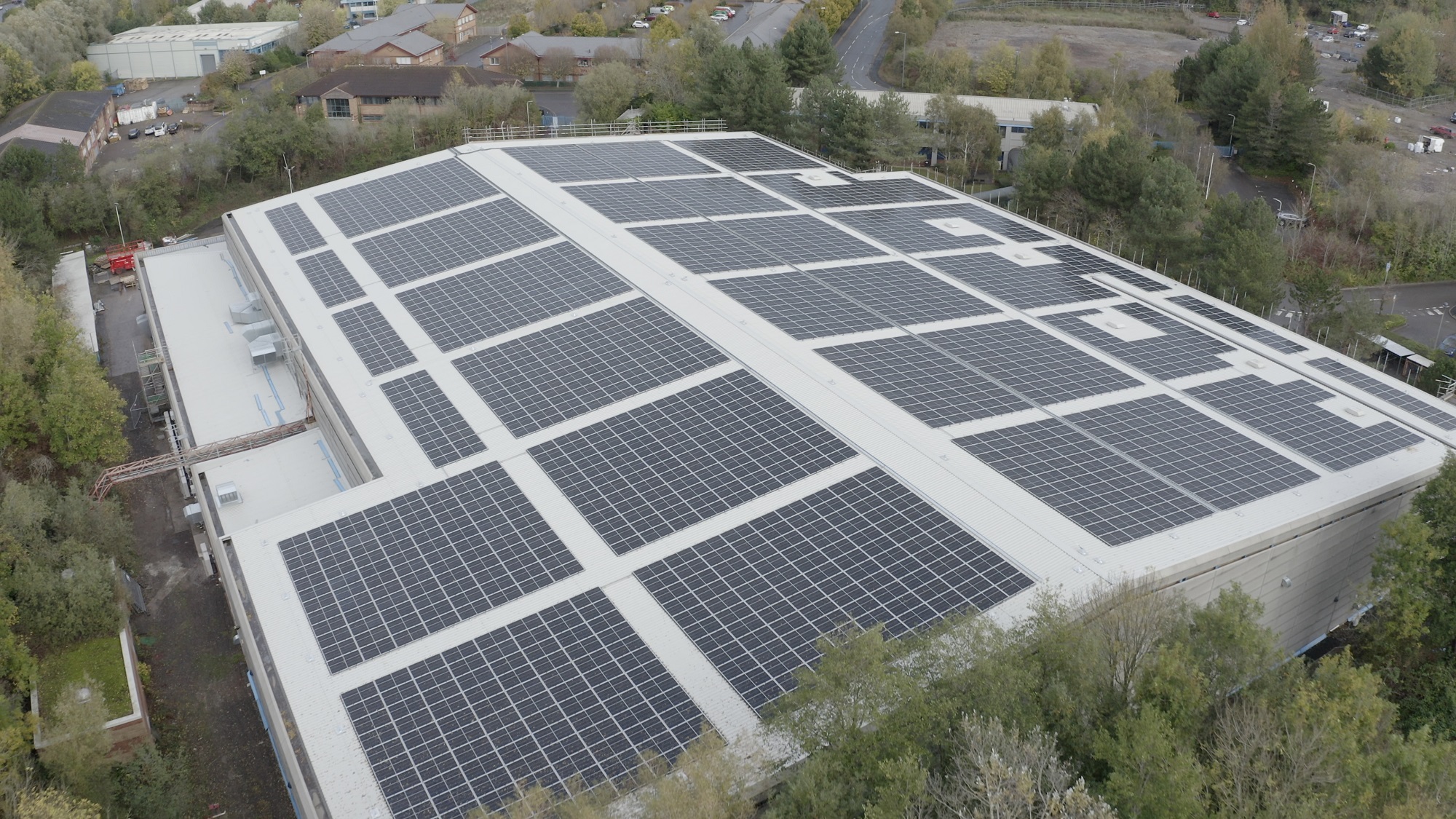 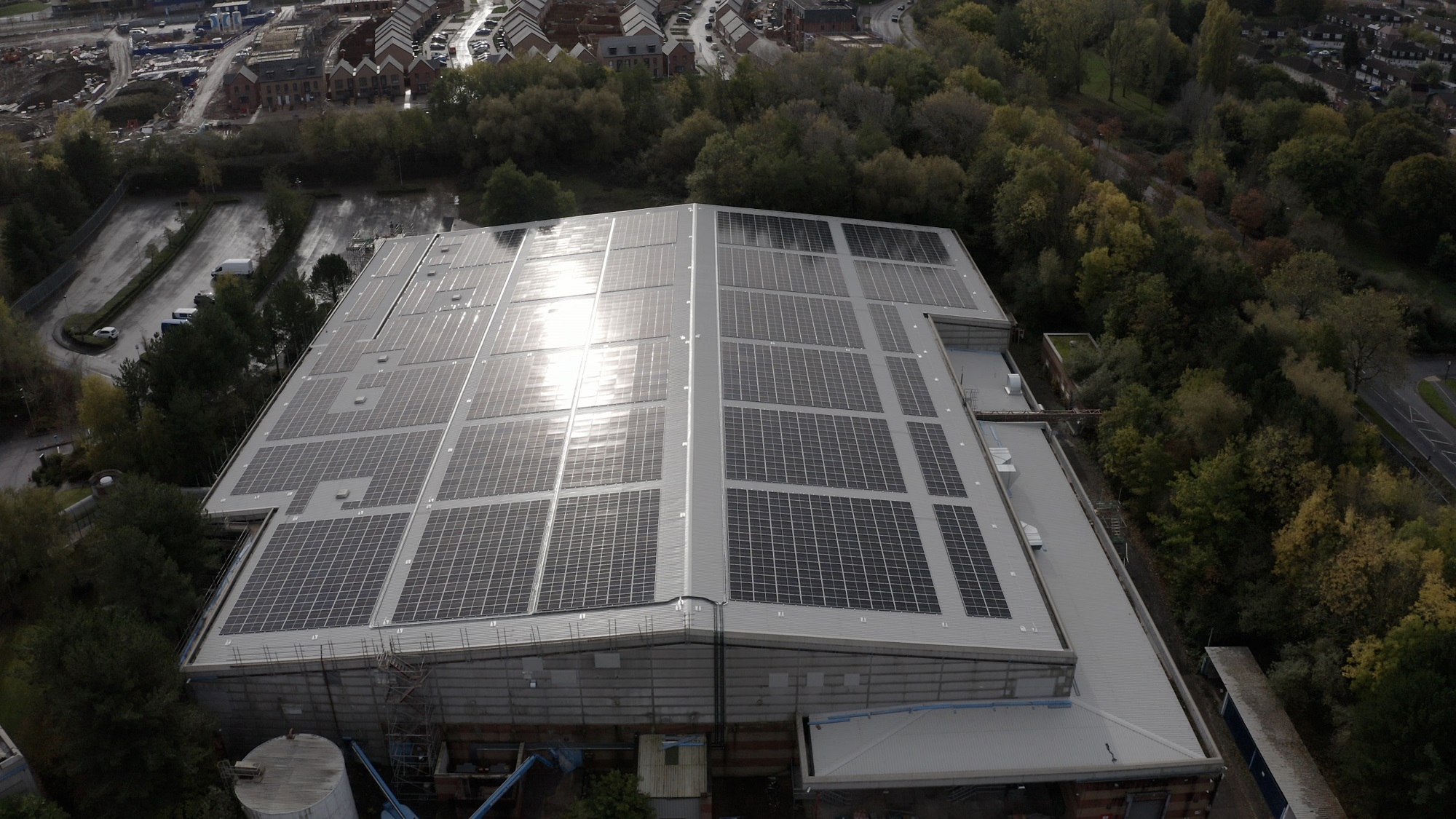 Energy produced by TBY2’s solar array will power the studio facility. Over time, surplus energy will be utilised through Bristol City Council’s City Leap Sleeved Pool electricity supply model which connects buildings and ‘sleeves’ surplus energy generated from one building over to another, reducing energy consumption from non-renewable.

A big thank you to everyone who came to celebrate TBY2 with us last night! Check out our new brochure and showreel for more details.