First look images have been released for the new eight episode BBC series, Rain Dogs, from Sid Gentle Films (Killing Eve), which filmed at The Bottle Yard Studios and across Bristol with assistance from the city’s Film Office earlier this year. 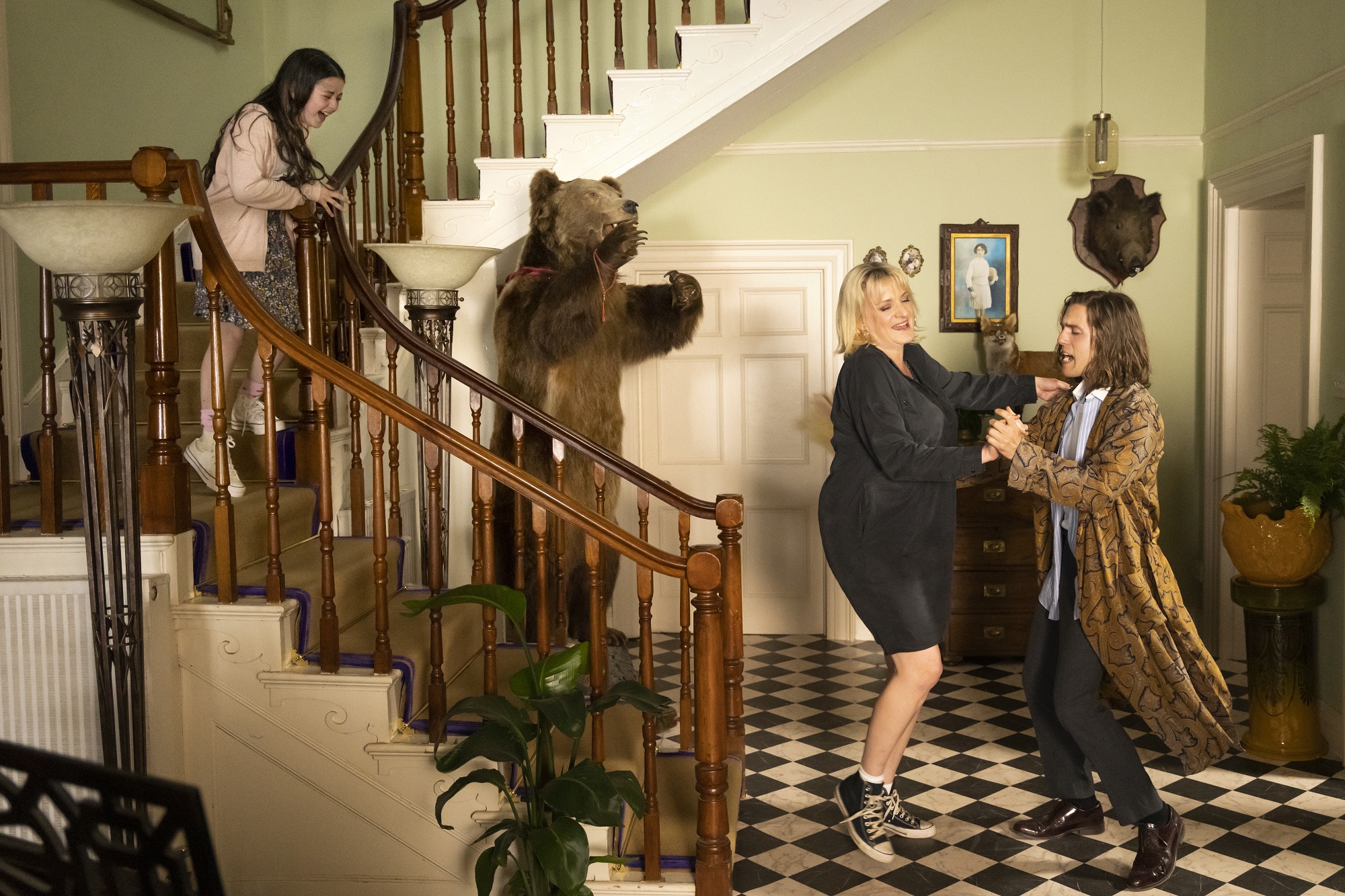 From the brilliant new voice of Cash Carraway, Rain Dogs is an unconventional love story between a working class single mum, her 10 year old daughter, and a privileged gay man. The dark comedy stars Daisy May Cooper  (This Country, Am I Being Unreasonable?), Jack Farthing (Spencer, The Lost Daughter), Ronke Adekoluejo (Alex Rider, Chevalier), Adrian Edmondson (Back to Life, The Pact) and Fleur Tashjian, in her debut role, as a dysfunctional family on the fringes of society, attempting to go straight in a crooked world.

Costello Jones (Daisy May Cooper) is a writer and single mother with a rock and roll swagger and a glint in her eye, a woman who appreciates the glamour of the gutter but would do anything to keep her daughter, Iris, from it.

Iris (Fleur Tashjian) is a hustler in kid’s clothing who loves South Park, William Morris wallpaper and, more than anything, her mum.

Rain Dogs is a wild and punky tale of a mother’s love for her daughter, of deep-rooted and passionate friendships, and of brilliance thwarted by poverty and prejudice.