Am I Being Unreasonable? begins on BBC One after filming at The Bottle Yard Studios

Brand new twisted comedy thriller Am I Being Unreasonable? begins tonight (23rd September) on BBC One, after filming at The Bottle Yard Studios last year.

Written by and starring BAFTA-winning West Country actress Daisy May Cooper (This Country) and her real-life best friend Selin Hizli (Grantchester), Am I Being Unreasonable? producers Boffola Pictures and Lookout Point filmed interior scenes for the six episodes on purpose-built sets at The Bottle Yard Studios between December 2021 and February 2022. 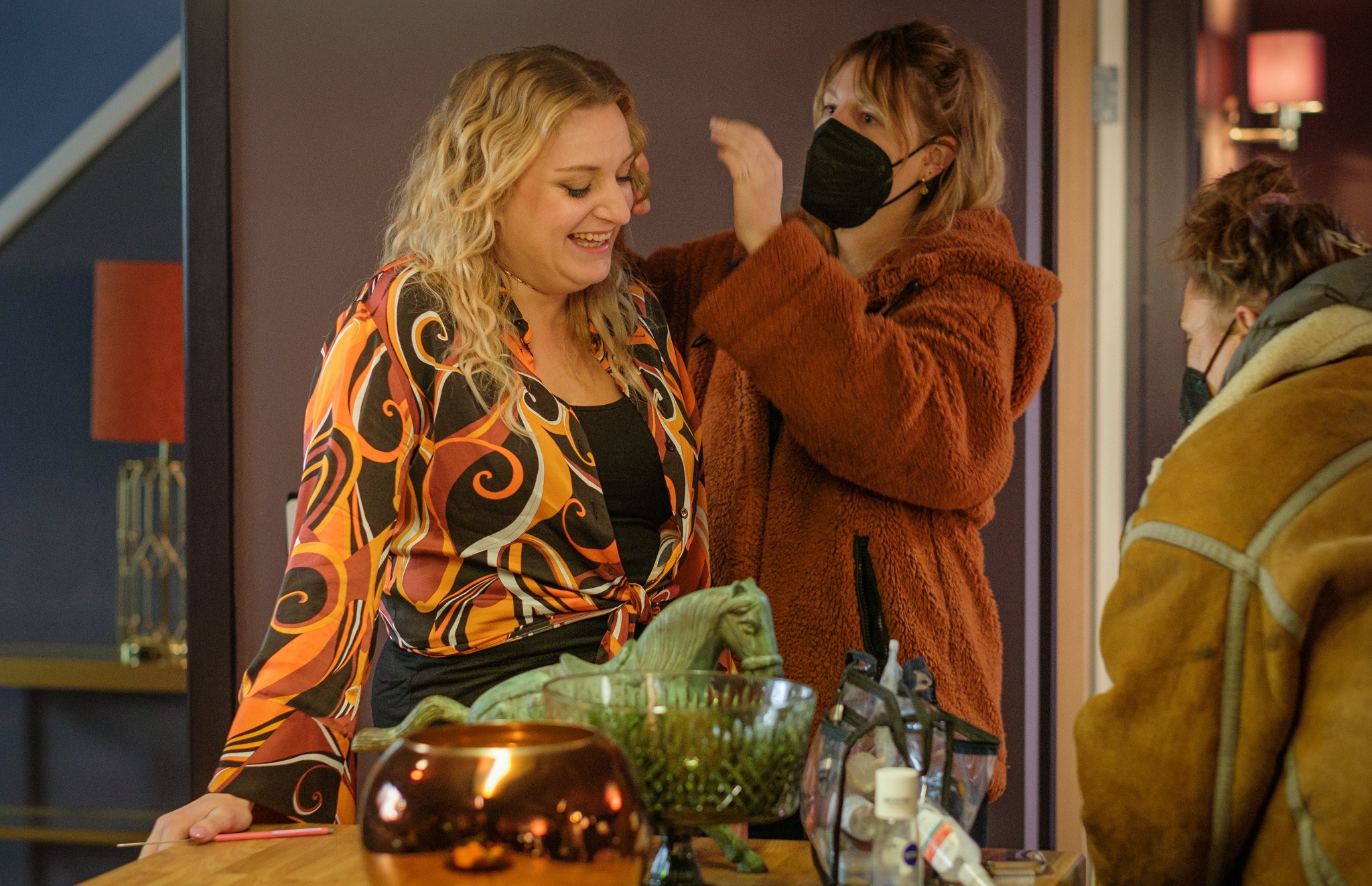 Executive Producer Shane Allen says: “Bristol proved a terrific choice for many practical reasons and in giving the show its identity. Aside from the well run Bottle Yard base, there is a wealthy array of city and rural location options within a relatively short radius. There’s something of the soul of the West Country in the show which was creatively important to co-creator and co-writer Daisy May Cooper. Bristol is a very film friendly place, from city scapes to bucolic beauty nearby, its versatility is impressive. Bristol is fast becoming the destination for shows and films with its advanced production infrastructure, experienced crews and superb locations.”

Laura Aviles, Senior Bristol Film Manager said: “Daisy May Cooper is one of the most important breakthrough West Country talents to have burst onto our screens in recent years, so it was our total pleasure to help her ‘keep it local’ for Am I Being Unreasonable? The Bottle Yard Studios works hard to support regional film and TV production and also to provide a local home for projects made by talent from the region working on both sides of the camera. The creativity and identity of our region goes from strength to strength with every new title like this that hits our screens.”

Am I Being Unreasonable? is a comedy thriller about obsessive friendship, maternal paranoia – and a dead cat. Nic (Cooper) is grieving a loss that she can’t share with anyone and is unfulfilled in her marriage. Only her son Ollie (Lenny Rush), who she adores, keeps her going. But when Jen (Hizli) arrives in town her life is lit up with laughter and through this kindred soul her dark secret starts to bubble up. Shot through with whip smart humour, this mischievous and characterful blend of funny and frantic takes female storytelling to a refreshing and dynamic new level.

Executive produced by one of TV’s most exciting talents, the award-winning Bristol-born screenwriter Jack Thorne (His Dark Materials), this is a brilliantly warped comedy about just how quickly life can change – and lives unravel.

Am I Being Unreasonable? begins Friday 23rd September at 9.50pm on BBC One.