The Spanish Princess premieres Sunday 5 May

Starz Limited Series The Spanish Princess is set to premiere on Sunday 5 May, after filming at The Bottle Yard Studios last year.

The lavish drama produced by Playground and All3 Media’s New Pictures marks the follow up to STARZ Golden Globe and Emmy-nominated The White Queen and acclaimed series The White Princess (also made at The Bottle Yard). It filmed at The Bottle Yard for four months between June – October 2018.

A full-scale, interconnected replica of Tudor-era Westminster Palace was built in 30,000 sq.ft. of space in The Bottle Yard’s Export Warehouse and Tank House 1. Production offices were also used on site as well as build space, stores and costume areas. 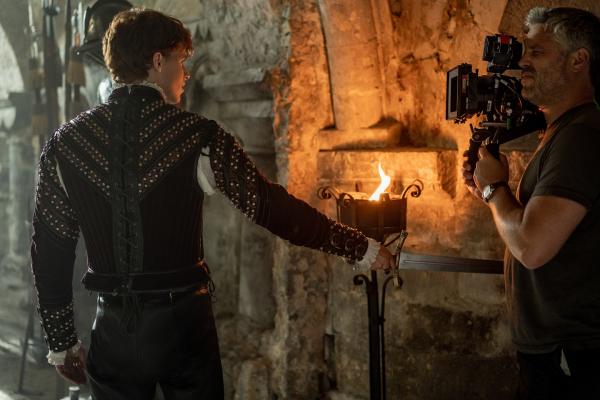 Filming also took place in Spain and a number of historic West of England locations, including Bristol’s Ashton Court Estate, assisted by Bristol Film Office, and Wells and Gloucester Cathedrals.

Describing the intricacies of the shoot, Production Designer Will Hughes-Jones said: “Everywhere we go — we had to dress, or create a world. I am very lucky to have a great team who will be looking into every detail — whether it be a type of seal that you put on a letter, to how it would be written, folded — how it would get from A to B.

“We have a good relationship with The Bottle Yard,” he adds. “They managed to move things around so we could have their biggest build space. It’s a fantastic facility in terms of construction space, workshops and office space, and in creating a hub for us to go out to places such as Wells and Gloucester.”

Line Producer Kate Dudley added: “It has evolved from something that started from scratch to something that has fantastic build spaces. It [helps] make your money go further and also benefits from being run by a team who come from a filmmaking background. As an ex-location manager, Fiona [Francombe] understands what productions are looking for.

Fiona Francombe, Site Director of The Bottle Yard Studios said: “It was a fantastic endorsement for us to host The Spanish Princess after its prequel The White Princess filmed here in 2016. We’re used to productions creating entire worlds here, but this is one of the biggest and most visually rich dramas we’ve had to date, in terms of the beautiful sets, period costumes and nearby historic locations it features. The fact that it will be immediately available to audiences around the world via STARZ and Amazon Prime platforms is a great boost to our industry profile as an ideal home for international high-end TV drama.” 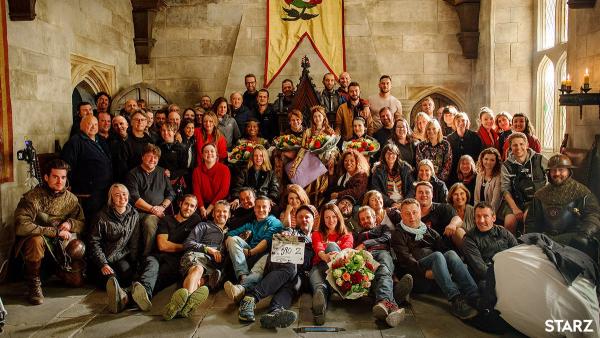 The Spanish Princess is a vivid and captivating story told uniquely from the point of view of the women, which also sheds light on a previously untold corner of history: the lives of people of colour in 16th century London. Catherine of Aragon is the Princess of Spain, who has been promised the English throne all her life. She arrives in a rain-lashed England with her glorious and diverse court, including her ladies-in-waiting, Lina and Rosa. When her husband dies suddenly, the throne seems lost to Catherine until she sets her sights on the new heir, the future King Henry VIII.

The Spanish Princess is written by Emma Frost (The White Queen, The White Princess, The Man in the High Castle) and award-winning writer Matthew Graham (Life on Mars, Electric Dreams, Dr. Who), with both serving as showrunners and executive producers. Charlotte Hope stars as Catherine of Aragon.

Watch The Spanish Princess from Sunday 5th May 2019 on US network STARZ and in the UK via STARZ PLAY on Amazon Prime.