Brand new live action sci-fi Netflix Original series The Last Bus, which filmed at The Bottle Yard Studios and on location across Bristol and the South West, is now available to stream on Netflix! Produced by award-winning Bristol company Wildseed Studios, the 10 part series broke green screen boundaries during its shoot at The Bottle Yard, according to the shows producers.

Starring Robert Sheehan (Umbrella Academy, Misfits), Tom Basden (After Life, Plebs) and an ensemble cast of young actors, The Last Bus began filming at the Studios in August 2020, and during a 19 week shoot, filmed on location at Bristol’s Redcliffe Caves and The Downs with support from the city’s Film Office. Further afield, filming took place at Cheddar Gorge, Brean Leisure Park and Wookey Hole in Somerset and the Eden Project in Cornwall.

Well known for its track record in spotting and supporting the development of young and emerging talent, Wildseed also took a fresh approach to studio filming. Behind the scenes at The Bottle Yard, the production team harnessed LED technology to enhance the possibilities offered by the Studios’ 5,000 sq ft green screen, adding in bespoke hydraulic systems on set that broke new ground in what could be achieved in the studio without the need for digital effects. 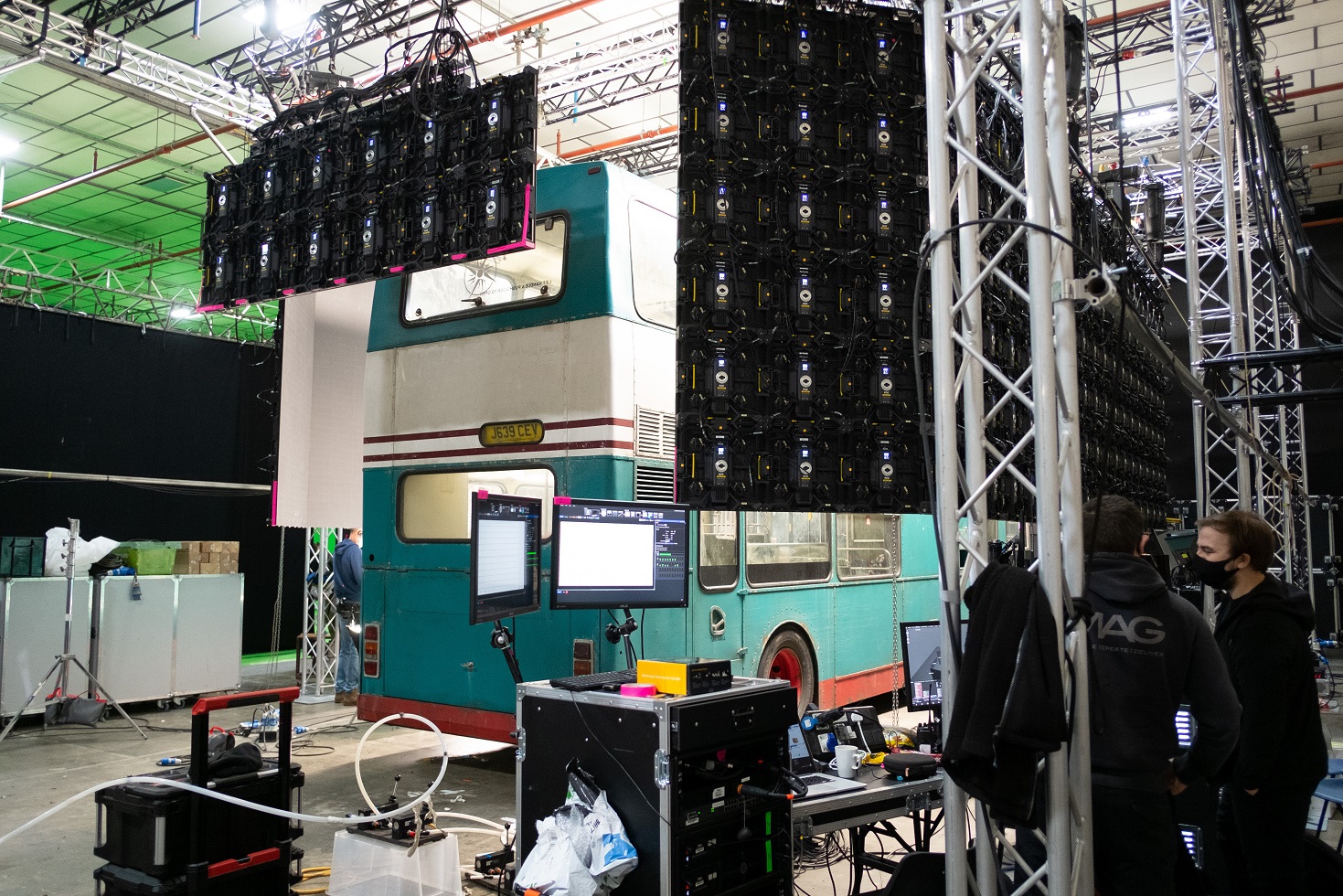 Producer Andy Mosse explains: “Filming on location is expensive so we had to find a way of getting the bus scenes filmed in the studio at The Bottle Yard. Traditionally this is done with a green screen, but we developed a way to use LED screens as a full 360 degree wrap around the bus so that we could shoot in any direction with any backdrop, which hadn’t been done before. The panoramic 360 images we projected were captured with 12 x 4K cameras built on a bespoke rigged car we called the ‘hotdog’. Combine this with some hydraulic Wallace and Gromit type levers plugged into the suspension of the bus, you’ve got a moving bus interior that bumps and weaves with the road and can be shot in camera with no digital effects needed.” 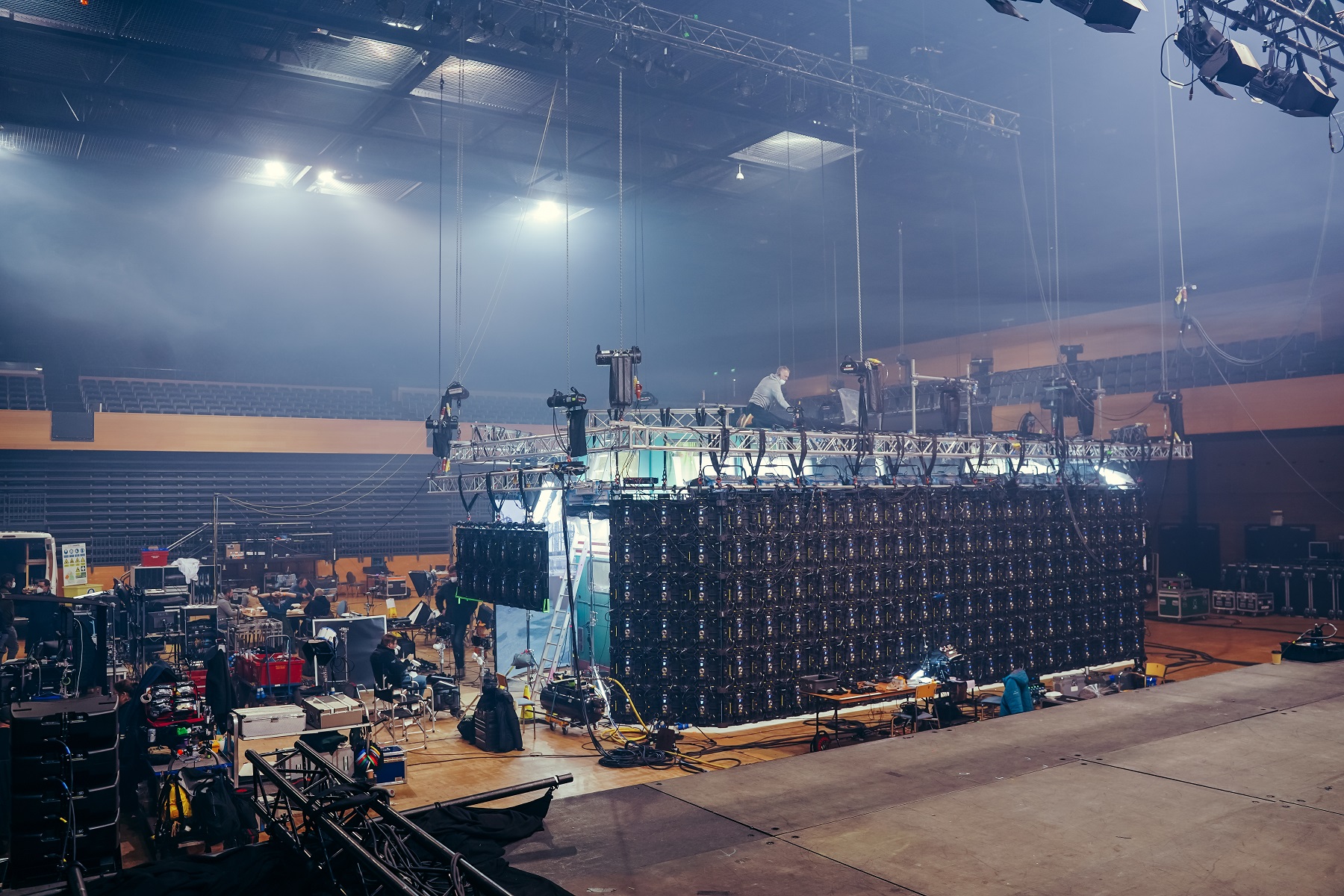 Wildseed’s Managing Director, Miles Bullough says: “Bristol is Wildseed’s home and it was important for us from the outset that The Last Bus should be made here in the city. The Bottle Yard was our ideal facility, with its vast green screen and adaptable spaces. At one point we had 5 double deckers parked up together inside; an impressive sight, not to mention a parking feat!

“The Studios gave us space and freedom to push the boundaries of what we could do on the green screen using LED, which was a real gamechanger. Plus their onsite college students studying Film & TV with boomsatsuma got to see those sets and learn about the shoot which is so important for new talent coming up. The Film Office made it easy to film at Redcliffe Caves and The Downs, awesome locations right here on our doorstep, and we found all the other locations we needed nearby in the South West.” 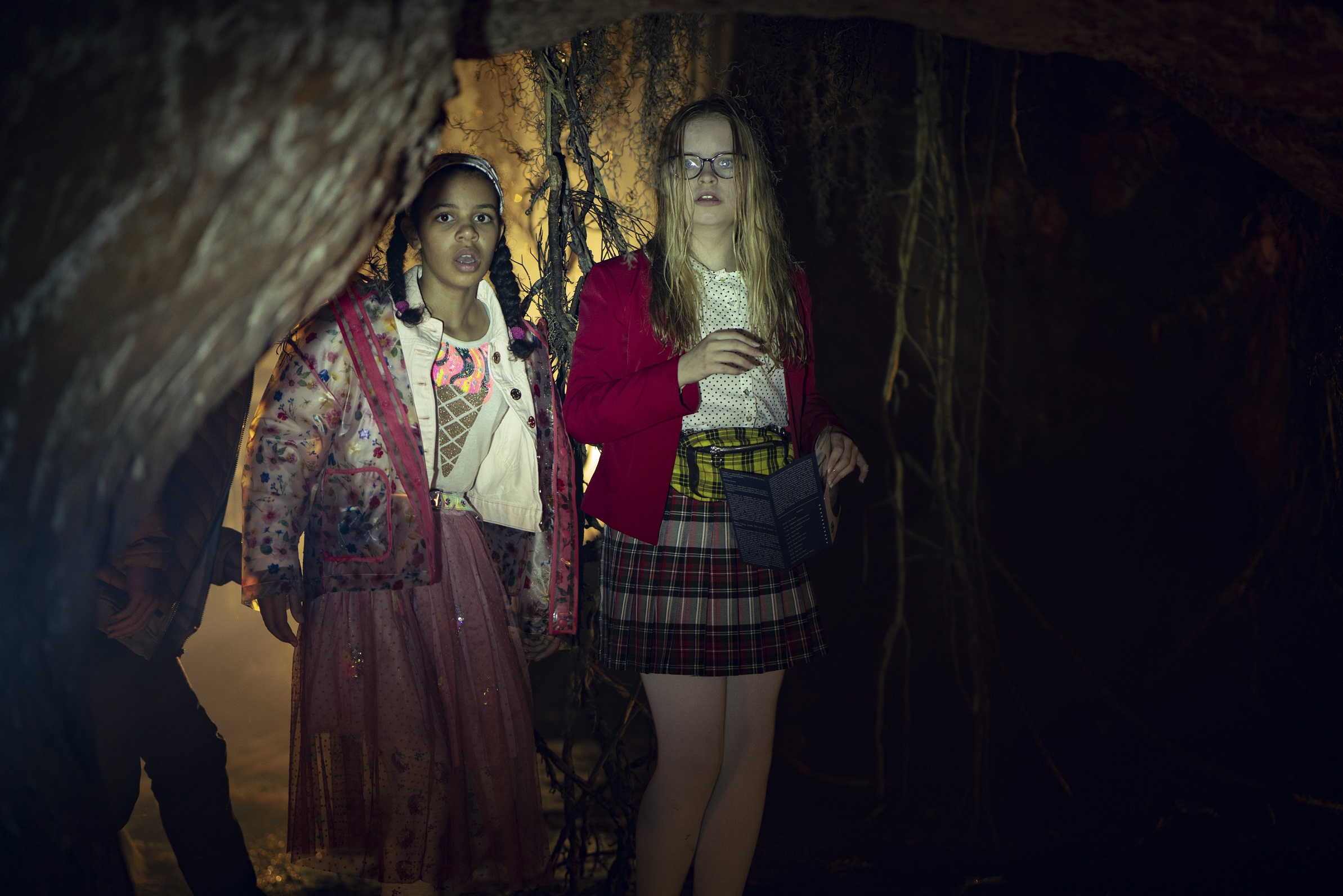 The Last Bus: Carys John as Bethan and Marlie Morrelle as Chelsea in Episode 2 of The Last Bus, filmed at Bristol’s Redcliffe Caves (credit James Pardon/Netflix ©2021)

Laura Aviles, Senior Bristol Film Manager (The Bottle Yard Studios & Bristol Film Office) says: “We welcome every production that chooses to film in Bristol but The Last Bus, made by a homegrown company doing consistently fantastic work to develop new young talent, is a title we are particularly proud to have hosted. Wildseed’s approach to making scripted prime-time content, by discovering young creatives through their open access ideas portal, mentoring them through their development and pitching their ideas to premium platforms, is forward-thinking and refreshing. In the studio they showed themselves to be equally innovative in a technical sense. The result is a Bristol-made series that looks amazing and will no doubt be thoroughly enjoyed by family audiences the world over.” 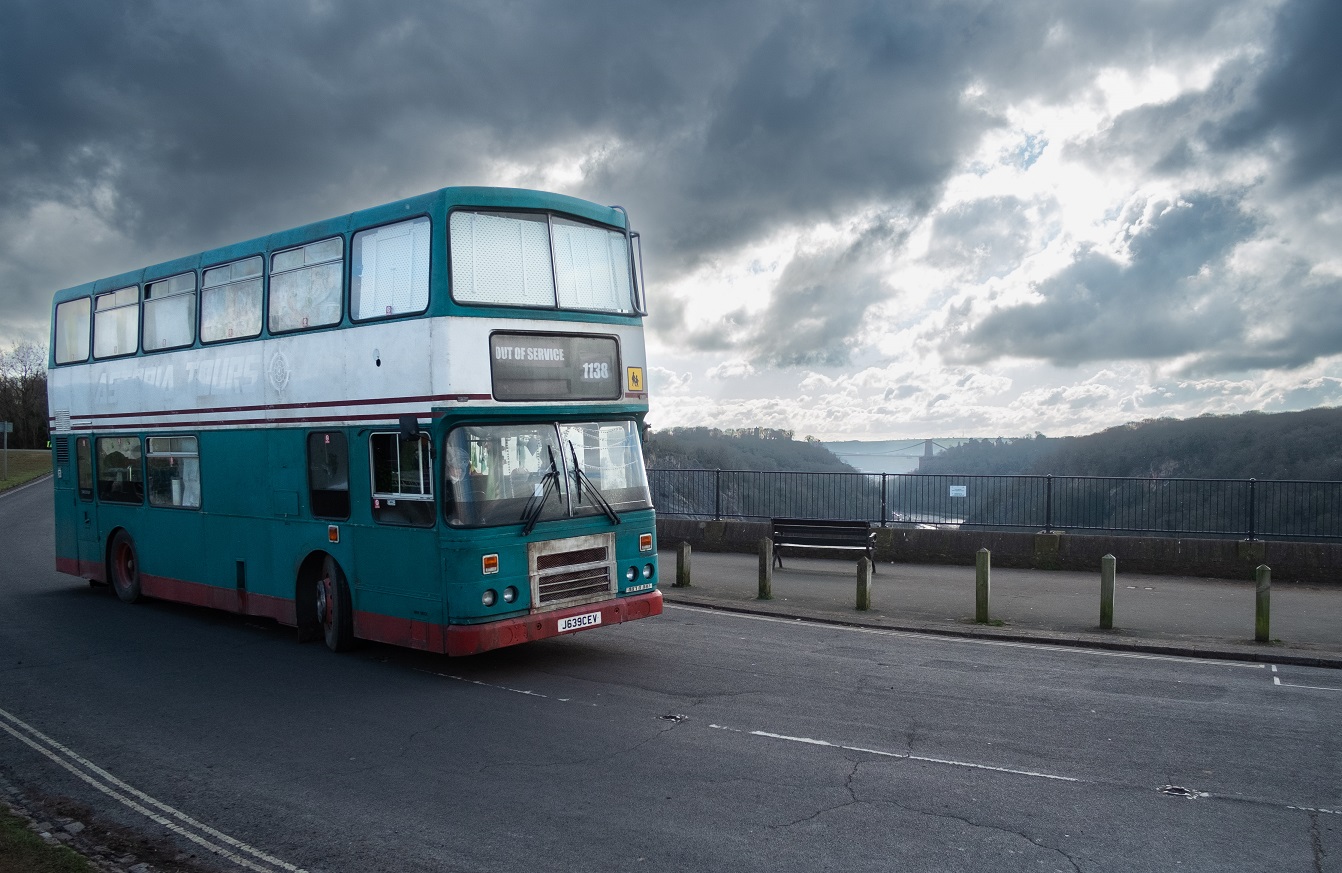 Packed with comedy, heart, adventure and mystery, The Last Bus is an eco-fable for the whole family to watch together. It follows a group of mismatched students on a school trip who become unlikely heroes when a robot apocalypse zaps away the rest of humanity. 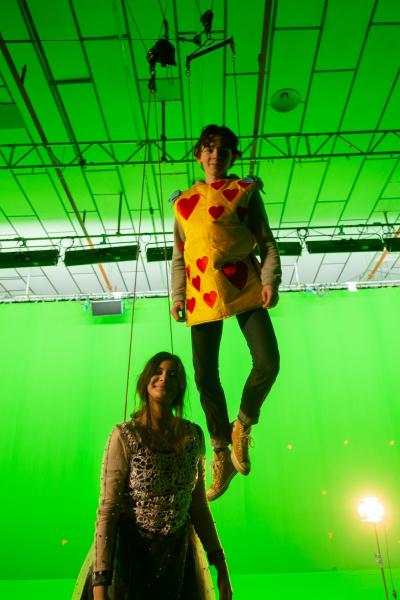 The Last Bus is created and written by Paul Neafcy, who was spotted by Wildseed making mobile phone films on YouTube from his bedroom.

This is the third series Wildseed has worked on with Paul, following the success of Philip Human and PrankMe for a US-based SVoD service.

Alongside experienced directors Lawrence Gough and Steve Hughes, the series features burgeoning directors Drew Casson and Nour Wazzi. Drew, now aged 25, first worked with Wildseed when he was just 18 to produce Hungerford, and then its sequel The Darkest Dawn, both picked up by Netflix.

The Last Bus is the first series for rising young director, Nour Wazzi, one of the first Arabs to direct high-end TV in the UK, following her work with Wildseed on proof-of-concept film, The Moderators. The series is produced by first-time premium drama producer Andy Mosse and cast by Isabella Odoffin in her first TV job as sole casting director.

The Last Bus is available to stream on Netflix from 1 April 2022.