Brand new Jane Austen adaptation Sanditon begins on ITV this Sunday night, after filming earlier this year at The Bottle Yard Studios and on location in Bristol and the surrounding region.

Adapted by Emmy® and BAFTA-winning screenwriter Andrew Davies (War & Peace, Les Misérables, Pride and Prejudice), Sanditon sees Austen’s original 11-chapter fragment brought to life by Red Planet Pictures (Death in Paradise, Dickensian) as an eight-part series for ITV and MASTERPIECE, starring Rose Williams, Theo James, Anne Reid and Kris Marshall. Filming for the lavish drama began in February and wrapped at the beginning of July. In addition to Regency sets built in 22,000 sq. ft. of indoor space at The Bottle Yard, a major outdoor 1820’s street set of the town of Sanditon, measuring 67x21m with heights of up to 10m, was constructed in the Studios’ Back Lot.

Production Designer Grant Montgomery says: “Sanditon was predominantly shot in The Bottle Yard Studios. Five interior studio sets were built and of these two were reused throughout the series. These consisted of Trafalgar House (bedrooms, reception rooms and study), Sanditon House (dining rooms, bedrooms and reception rooms), Denham Place, Sanditon Assembly Rooms, the boarding house for young ladies, a London high class club and a London ballroom to name a few. The main studio build took 10 weeks and ran alongside the exterior build of the Sanditon town street.

“The exterior street was used for two streets in the town; the building site of Waterloo Place and Trafalgar Street. It was built full scale. Green screen was used only to extend into the beach areas. The set was also used for parts of London such as Cheapside, for which it was turned into a dock area. All in all it’s a 360° world that reflects a frontier western ‘Deadwood’ style meets ‘Georgian superpower’. This backlot set again took 10 weeks to build despite high winds, snow and buckets of rain!

“Sanditon House is based on the height of Chatsworth House’s main hallway and has a black marble finish inspired by the Bond film Thunderball. It has three fully working chandeliers that were lowered and lit on each day of filming, each taking up to 300 candles of different colours which were made especially for the show. One of the main features of this giant room is the lifesize statue of a gold Neptune rising out of the waves on four horses, which was specially sculpted for the series.

“Attention to detail has been important right down to the handmade moulded columns and applied ceiling designs in Trafalgar House that match the John Soames museum upon which it’s inspired. All of the elaborate curtain designs, wall coverings and murals were handmade specially for the series. For the London Ball sequence shot, we converted Sanditon House and eight Apple Blossom trees were transplanted onto the set.

“On a final note The Bottle Yard Studios offered us a fantastic base and a wonderful space to create the world of Sanditon. It has been pleasure to work there with the professional staff that run it with passion and commitment. I just wish I could have built another street in the car park!” 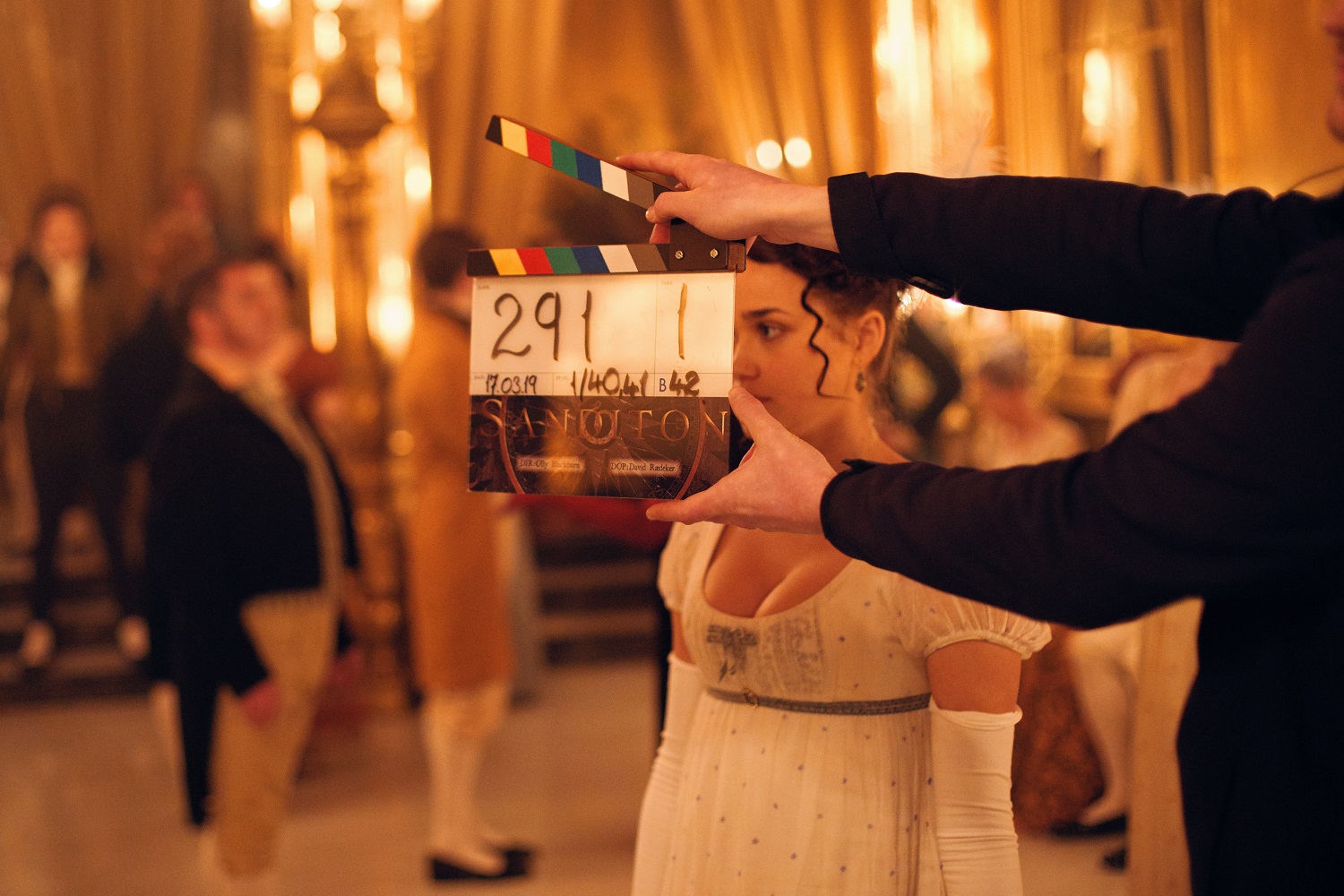 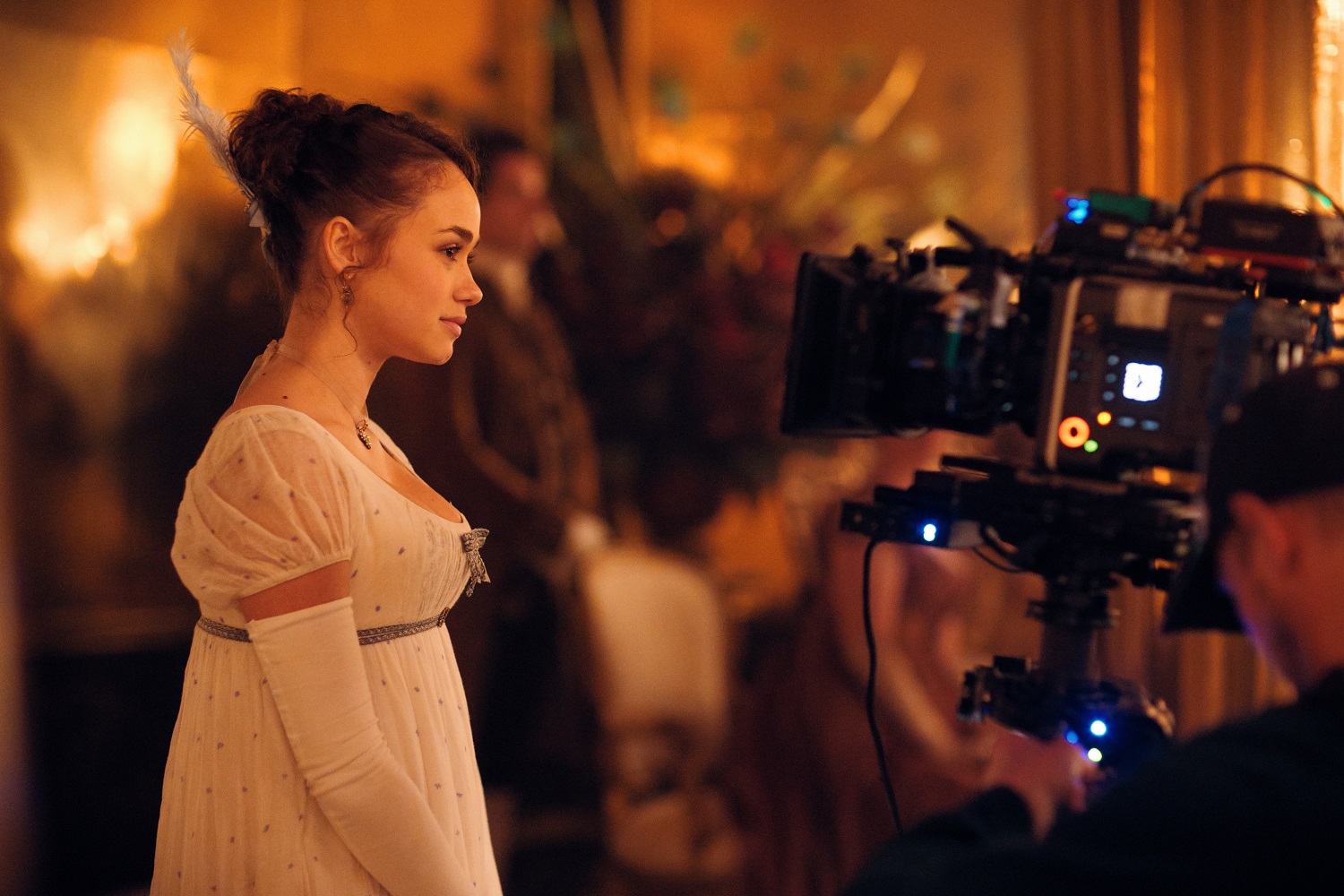 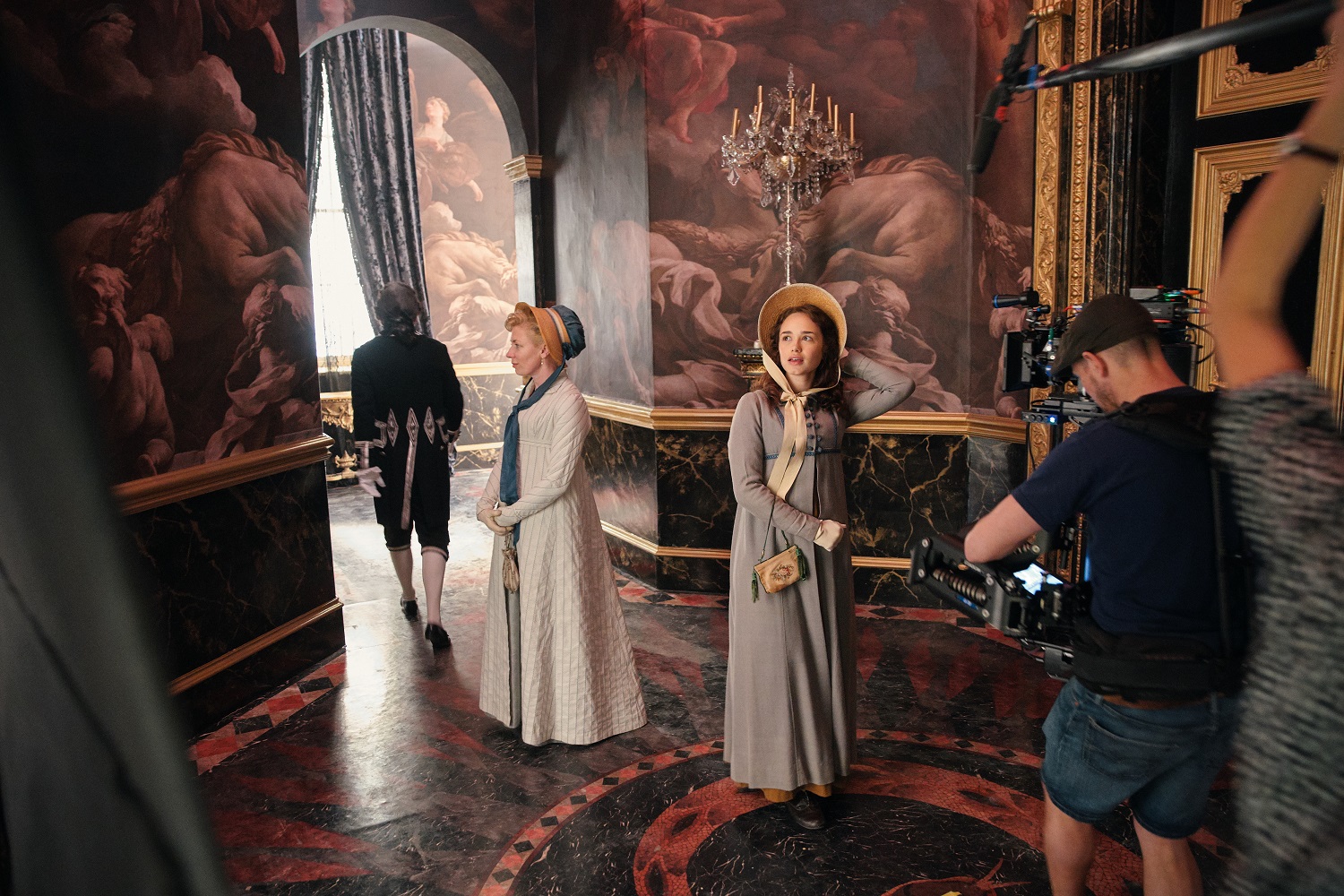 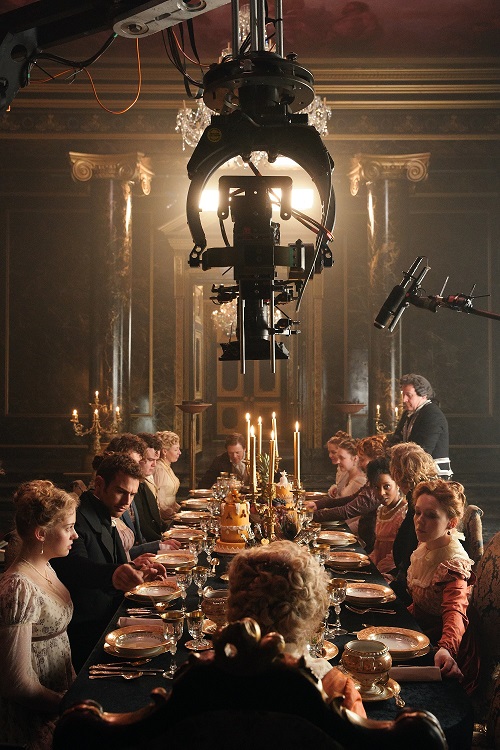 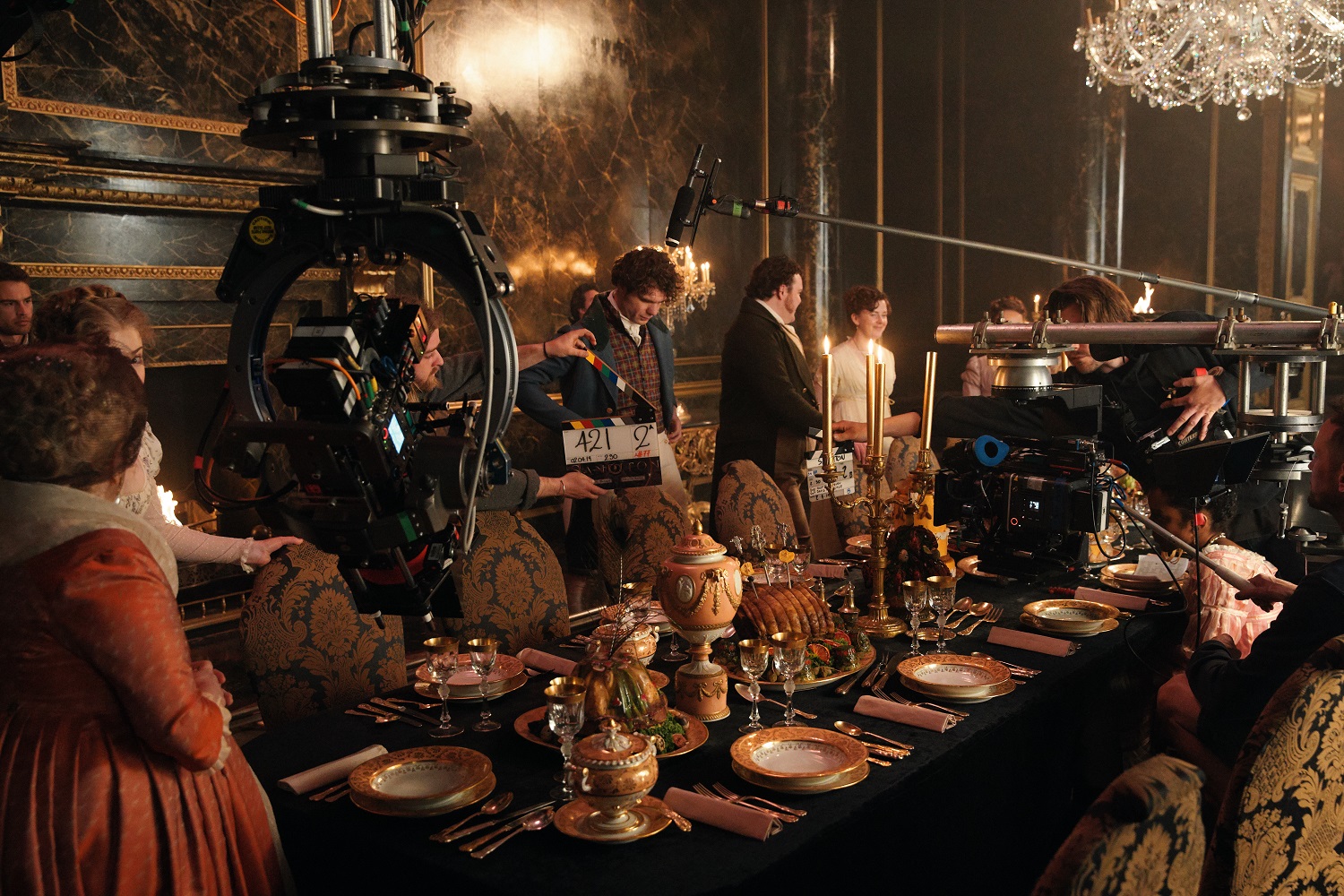 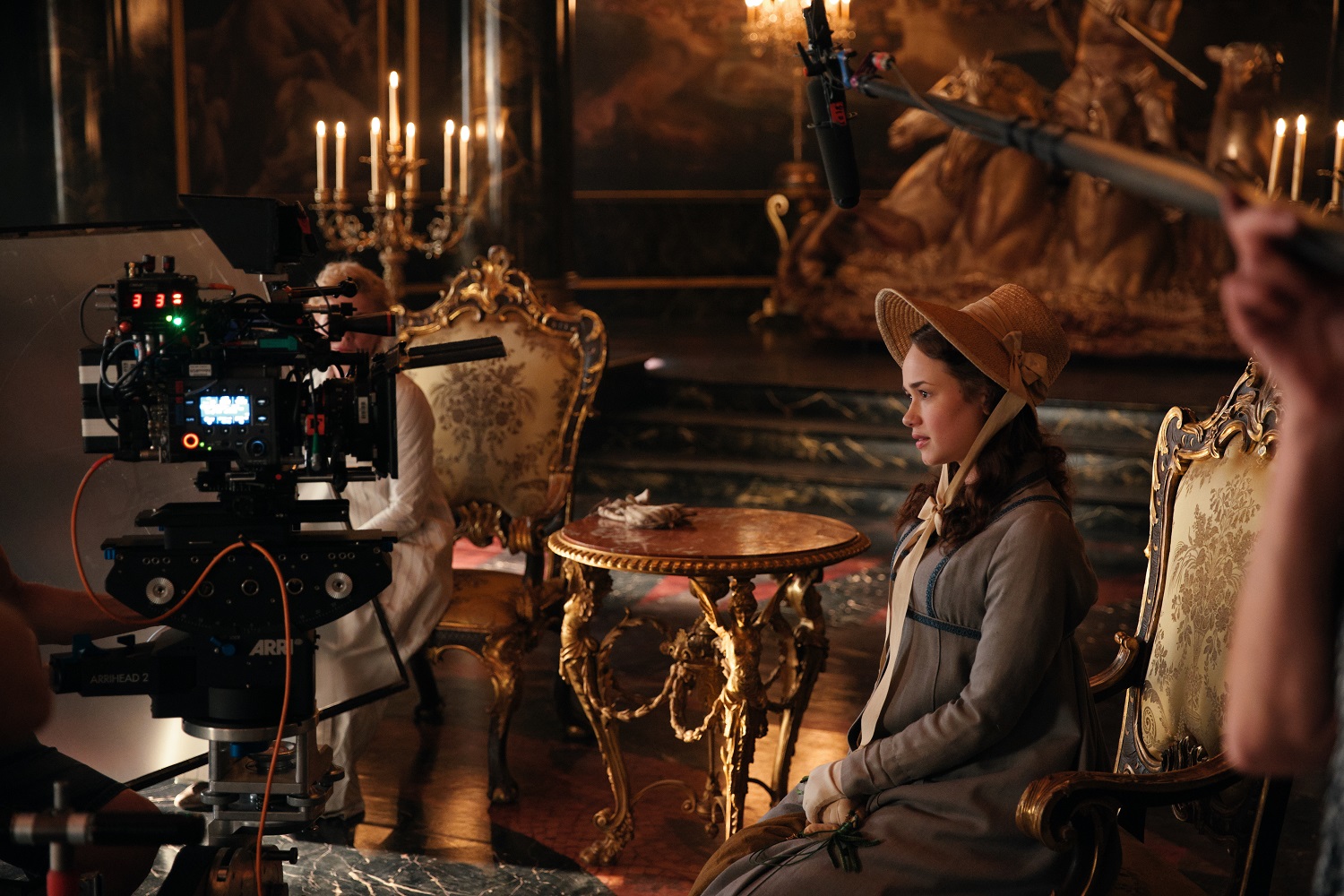 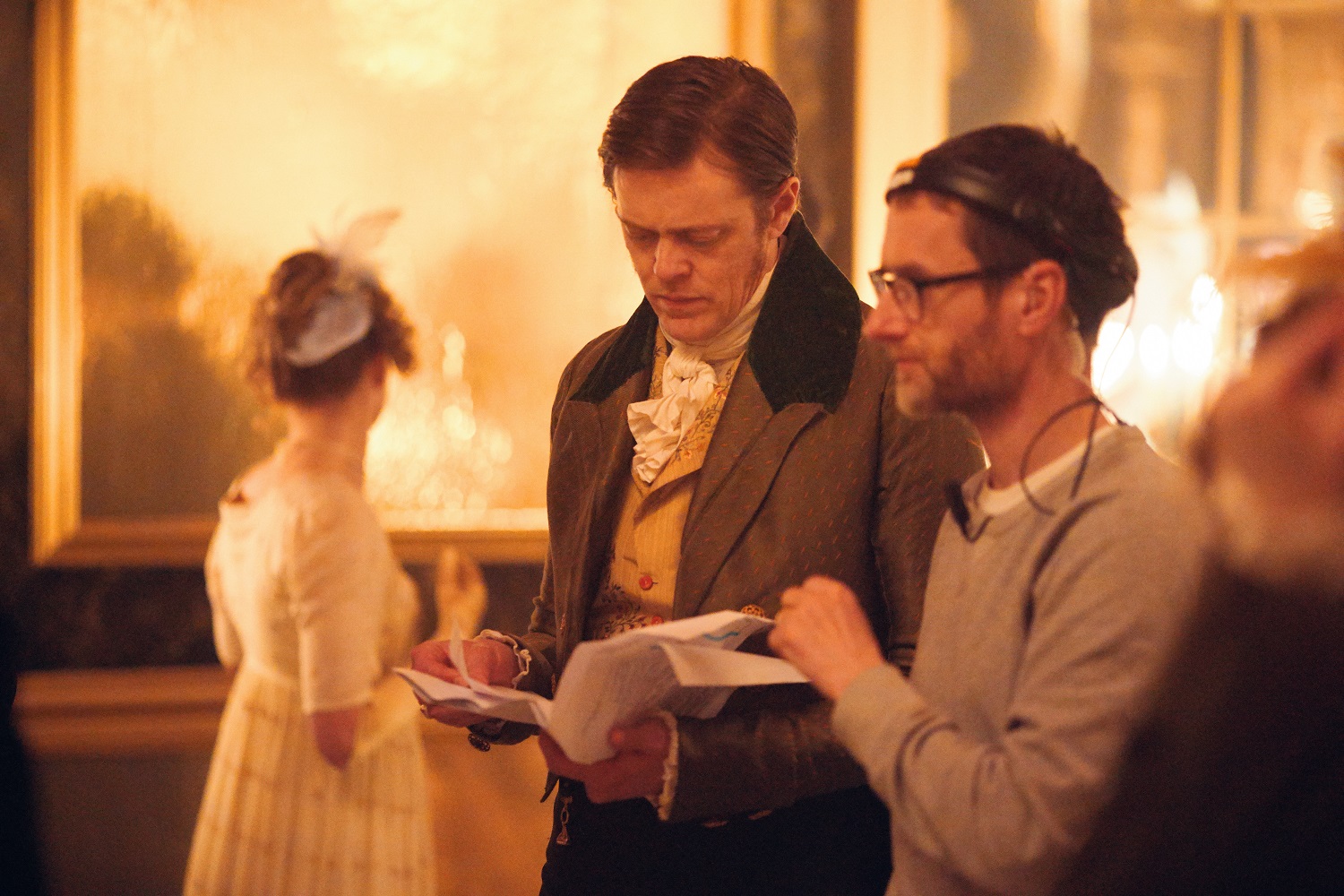 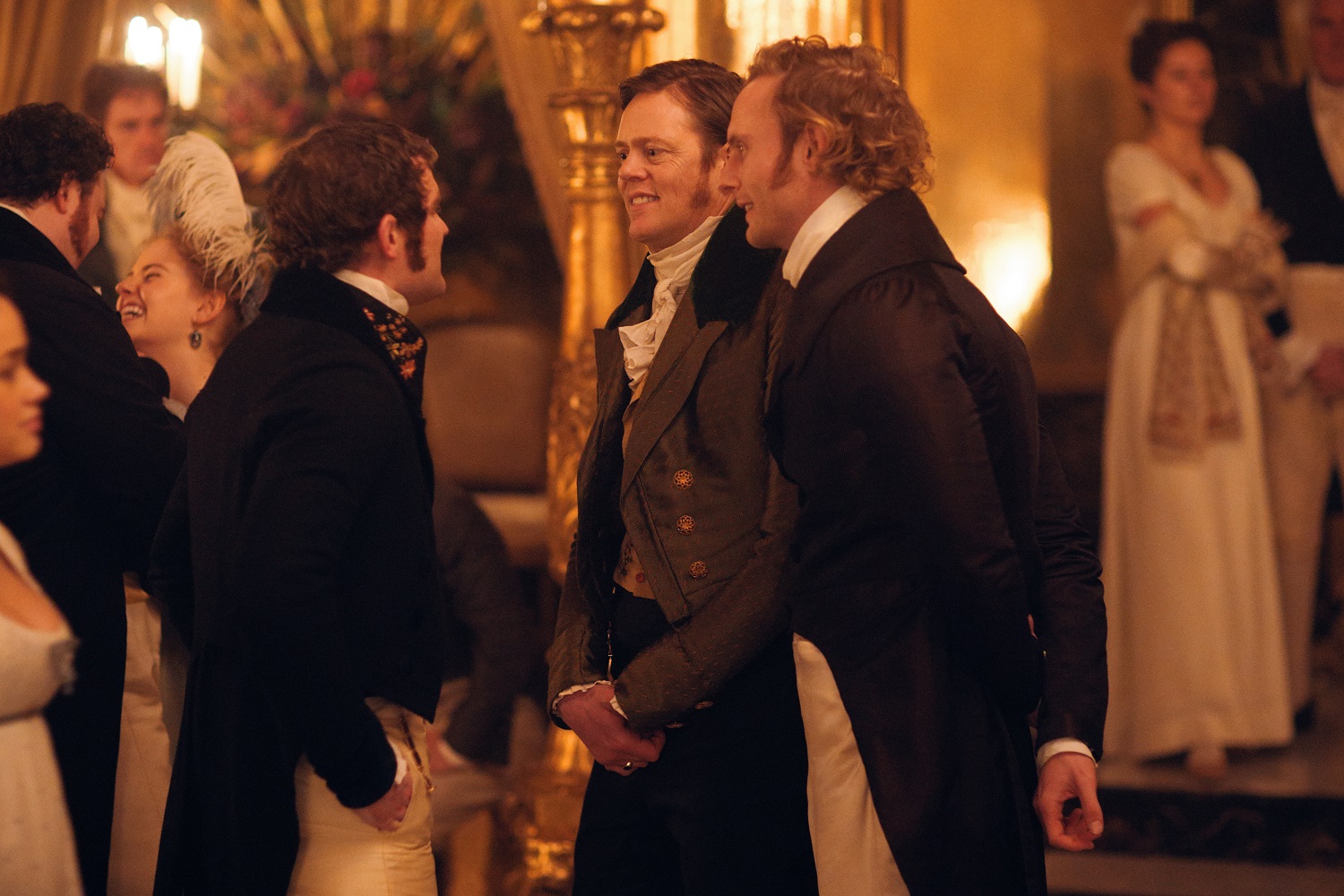 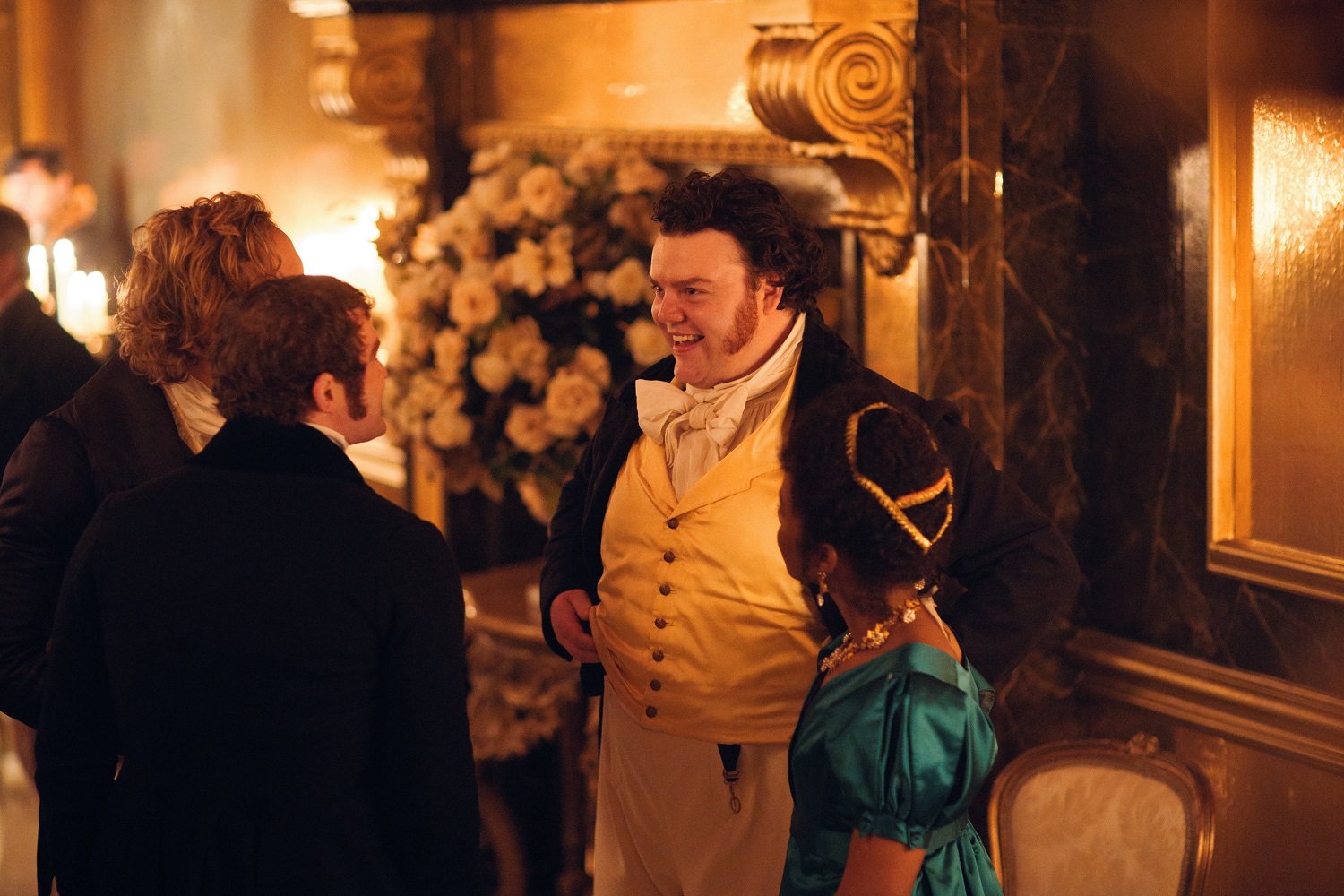 Lily Sacofsk, who plays “calculating and ruthless beauty” Clara Brereton in the series, says: “The sets and the costumes are wonderful. They transport you to a completely different world. When you first walk on to the set of Sanditon House, the effect is immediate. The first time I walked on, I thought, wow, I’d never have thought of that.”

Alex Protherough, Head of Production, Red Planet Pictures said: “We were immediately drawn to Bristol and the South West. There is a wealth of locations in this area, perfect for period drama, and particularly the Georgian period where our story is set. The country houses, Bath and its elegant Regency architecture, even the Somerset coastline all offer a wide range of locations perfect for Sanditon. The Bottle Yard Studios are perfectly located to access these locations, and they have more to offer. Sanditon was always going to require an element of set building, as is often the case with continuing drama productions of this size. The construction and studio spaces at the Bottle Yard have made Bristol the obvious place to base.

Written only months before Austen’s death in 1817, Sanditon tells the story of the joyously impulsive, spirited and unconventional Charlotte Heywood and her spiky relationship with the humorous, charming (and slightly wild!) Sidney Parker. When a chance accident transports her from her rural hometown of Willingden to the would-be coastal resort of the eponymous title, it exposes Charlotte to the intrigues and dalliances of a seaside town on the make, and the characters whose fortunes depend on its commercial success. The twists and turns of the plot, which takes viewers from the West Indies to the rotting alleys of London, exposes the hidden agendas of each character and sees Charlotte discover herself… and ultimately find love.

Sanditon is a Red Planet Pictures production commissioned for ITV by Polly Hill and MASTERPIECE by Rebecca Eaton. Created by Jane Austen, it is written and executive produced by Andrew Davies with Belinda Campbell as Executive Producer for Red Planet Pictures and Rebecca Eaton as Executive Producer for MASTERPIECE. Series producer is Georgina Lowe, and casting director is Jill Trevellick.  BBC Studios is distributing the series internationally.

Sanditon begins on ITV at 9pm on Sunday 25 August.