Filming began on the 15 new episodes shortly after the brand-new series launched on CBeebies on 10th February, following a three month shoot at the Studios last year. Filming also took place at Portishead Lido and The Eden Project in Cornwall.

Series Producer Mark Jones says: “The BBC Studios Natural History Unit are back at The Bottle Yard Studios until mid-May. Once again we’re using the full width of the impressive 80 foot greenscreen backdrop to showcase some of the best animal behaviour from our super landmark series, Blue Planet 2. To achieve some of the water-based sequences, we’ll be constructing our own green screen pool in one of the Tank House studios in order to simulate Andy floating on the surface of the water. He’ll dance with sea otters, swim with walruses and even paddle down the Mississippi in his inflatable dingy searching for baby alligators – all from the safety of our Bristol studio.” 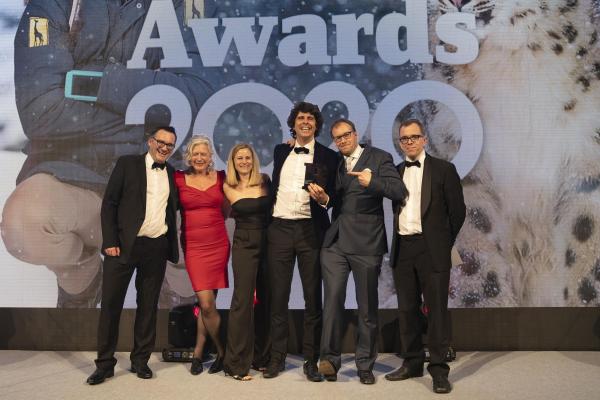 In Andy’s Aquatic Adventures, Andy uses his high-tech gizmo to once again shrink down to the size of any animal he meets, getting closer than ever before to wildlife from around the planet – this time taking his adventures underwater.

Andy’s Aquatic Adventures is a co-commission from CBeebies in the UK and BBC Sales & Distribution for the international CBeebies channels.

It is available to watch now on CBeebies daily at 4.05pm and on BBC iPlayer.