Poldark returns to The Bottle Yard for fifth and final series

BBC One’s Poldark is returning to The Bottle Yard Studios for the making of its fifth and final series.

The final instalment of the popular Cornish saga began filming last month on location in Cornwall (pictured above), and filming will soon resume at The Bottle Yard Studios, which has been production base for all four previous series.

Poldark’s ‘footprint’ at The Bottle Yard has grown to a total of 18 sets situated in three studios. These include the interiors of five houses; Poldark’s ‘Nampara’ home in Cornwall and his London town house, the Warleggans homes in Cornwall and London, and the Whitworth Vicarage. An impressive period-correct scale replica of the House of Commons was created for series 4.

It is a new century and with it comes the promise of a hopeful future, but the past casts a long shadow over Cornwall. Following the death of Elizabeth, Ross Poldark (Aidan Turner) resolves to put Westminster behind him and spend more time with the people he loves. However, when an old friend emerges with a plea for help, Ross is compelled to challenge the establishment again. As the Enyses (Luke Norris and Gabriella Wilde) rally to join the cause, Demelza (Eleanor Tomlinson) must contend with dangers close to home, while George (Jack Farthing) courts corrupt powers whose influence spans the Empire. 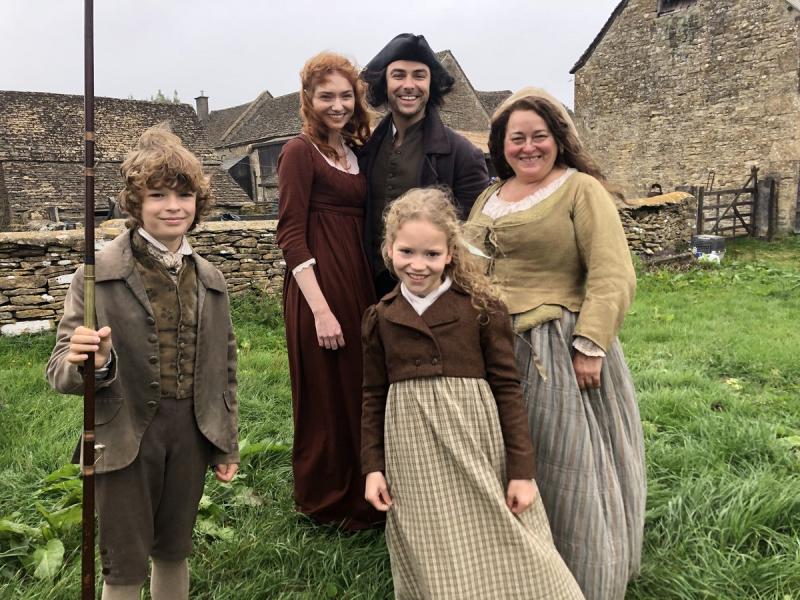 Poldark is adapted by Debbie Horsfield (Age Before Beauty, Cutting It, The Riff Raff Element) produced by Michael Ray (Poldark) and directed by Sallie Aprahamian (Doctor Who) and Justin Molotnikov (Stan Lee’s Lucky Man). Debbie Horsfield continues to serve as executive producer alongside Karen Thrussell and Damien Timmer for Mammoth Screen and Elizabeth Kilgarriff for the BBC.

Poldark series five will film at The Bottle Yard Studios and in Cornwall, Bristol and surrounding areas for transmission in 2019.