The team behind Arctic sci-fi thriller Fortitude returned to Bristol in late October to share their experiences of producing high-end drama for Sky Atlantic. 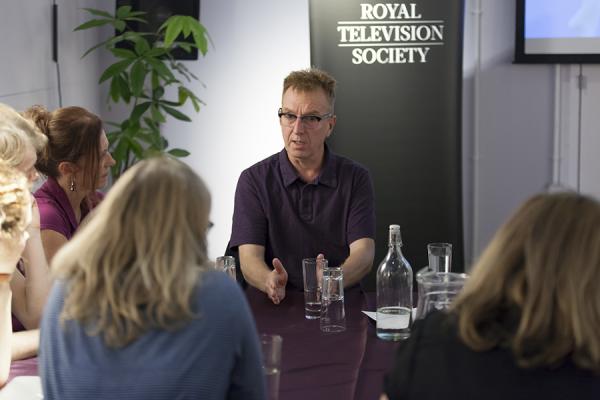 After discussing how the project moved from idea to script to screen, the execs each hosted a round table with the writers to answer questions, and provide insights and career advice.

The same evening, a packed audience at the Watershed enjoyed a preview of the first episode from Fortitude series 3.

Bottle Yard Studios site director Fiona Francombe introduced the event, adding: “It was an honour for Bottle Yard to be Fortitude’s official home for this new series and we feel sure it sends out the message – Bristol, Unesco city of film, is the ideal place to make great drama.”

Donald and Spence joined Francombe on stage to discuss the making of Fortitude. On the idea, which was originally for a film, Donald said: “I kept having this discussion about monsters and horror movies and we realised it was gold dust if you created an interesting new monster that you could spring on the public.”

He continued: “It was the fastest green light for any project I’ve been involved in, because it was what Sky Atlantic were looking for at that time – visually it stands out and it was a big character show.”

Spence elaborated on how the show played with genre: “Everyone thought it was a murder mystery set in the Arctic but, halfway through series one, it becomes a horror show.”

High-profile casting helped. “Michael Gambon happened to be the first one to say yes, then the rest followed,” said Spence. Other cast members have included Richard Dormer and Christopher Eccleston.

On creating a captivating story, Spence advised: “Have a very clear tone of voice, have something to say [but finally] it’s all about characters.” Donald added: “I look for things I haven’t seen before. I think this show is distinctive as the audience are never quite sure where the answers lie.”

The third series of Fortitude will be the last. “We’re tying up all the loose ends,” said Donald. Spence concluded: “We needed to bring all those strands to an enormous climax. There are 1.8 million Sky Atlantic fans who have watched the show and we hope they are going to enjoy this.” 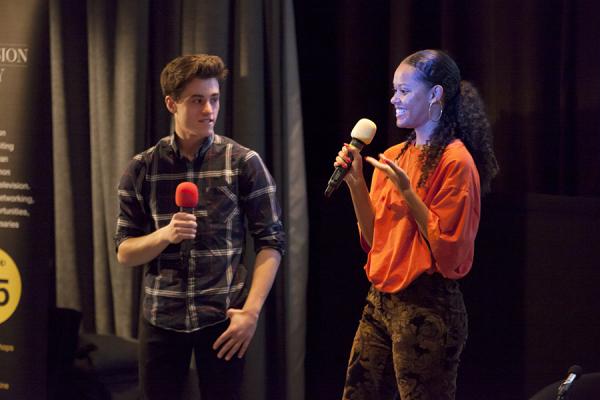 Ahead of the screening, the audience was shown a short film made on set by boomsatsuma Film & TV Production Diploma students (pictured above) to whom production company Fifty Fathoms had provided access during production. Bristol-based boomsatsuma offers training in the creative arts to schoolchildren and young people.

Fortitude unit publicist Iain McCallum, who helped to pull the RTS West of England event together, said: “At Fifty Fathoms we pride ourselves in working closely with the talent we find on our doorstep wherever we happen to be filming.

“There is no shortage of amazing talent in Bristol and it was a huge pleasure to welcome the young people from boomsatsuma to our set and still more marvellous to see the fruits of their labour on the big screen.”

(This article was originally published on the RTS West of England website on 30 October 2018. Read the original article here.)