A renowned company specialising in rope access and rigging and a casting agency for young Bristol actors are the newest additions to our creative hub. 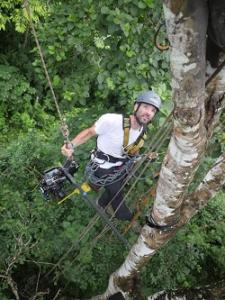 Figure Nine provides rope access, rope rigging solutions and safety support to productions shooting around the world, working in remote, urban, industrial and studio environments. An approved provider for the BBC Natural History Unit, the team has extensive experience working in tropical forests, and has most recently worked on the ‘Jungles’ episode of BBC One’s current series, Planet Earth II. Other recent productions Figure Nine have recently provided camera safety and rigging solutions for include the upcoming three part BBC Two series Mexico and the upcoming BBC One special, Attenborough and the Giant Sea Dragon.

Founded in 2011, Figure Nine was created from 15 years’ diverse experience. The team can provide cable dolly rigging, location safety at height and near water, rigging for movement of persons and cameras, lifting and lowering, positioning and safety of camera operators, safety and rescue cover.

Figure Nine’s Rope Access Specialist Ollie Laker said: “Being based at The Bottle Yard has been a total game changer for us. We are now firmly situated within the TV and film industry and have a greater network that we support with our skillset. The ability to network from within the industry is key for us and we are excited about the potential and our future at the Studios.” 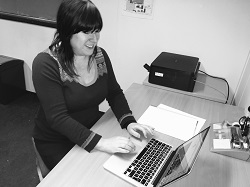 Briz Kidz Casting is the little agency with its heart and soul in Bristol. It specialises in providing children aged 0-18 for paid on-screen work with film and TV productions and can also provide chaperones and assist with licence applications. The new company was founded earlier this year by director Dawn Smith.

Dawn has a proven background in film, TV and theatre, having worked in the production office of a number of titles including most recently We Can Be Heroes, Trollied and Wolf Hall, all of which were based at The Bottle Yard Studios. The agency’s ethos is to be production-friendly whilst also promoting local talent for roles filming in Bristol and surrounding areas. Currently attracting new registrations, the agency’s books are quickly filling up with a wealth of locally based children and young people, with more joining every week.

Briz Kidz Casting Director Dawn Smith said: “Setting up Briz Kidz Casting has been a very exciting adventure and the support from Fiona and her team has been phenomenal. Being able to benefit from the wealth of expertise on site has been invaluable and having worked on productions based here over the last three years there was never a doubt as to where to base the agency. It’s great to be part of this growing creative family of businesses and I look forward to linking exciting young talent to upcoming productions filming here and across Bristol.”

There are now a total of 19 businesses based in our creative hub, delivering a host of services to meet the needs of productions filming at the Studios.

Fiona Francombe, The Bottle Yard Studios’ Site Director said: “It’s fantastic to welcome these two excellent companies to our creative hub. Each new tenant that joins us adds their own specialism to the increasingly comprehensive checklist of services we can offer to productions, whilst also fortifying the already thriving atmosphere generated by our resident businesses working alongside one another.

“The technical skills and professionalism of Figure Nine sees the team travel the world to support filming for an impressive calibre of titles, including cutting-edge BBC Natural History Unit output. We’re hugely proud to be their new UK home. Our tallest stage boasts a ceiling height of 65ft, so we are also looking forward to having their services on hand for productions filming right here on-site.

“It’s also a great pleasure to welcome Briz Kidz Casting, the first agency of its kind that we’ve had here at The Bottle Yard. Incoming productions are often interested in drawing from local young acting talent so to be able to link them quickly to an on-site agency will be a massive plus.”